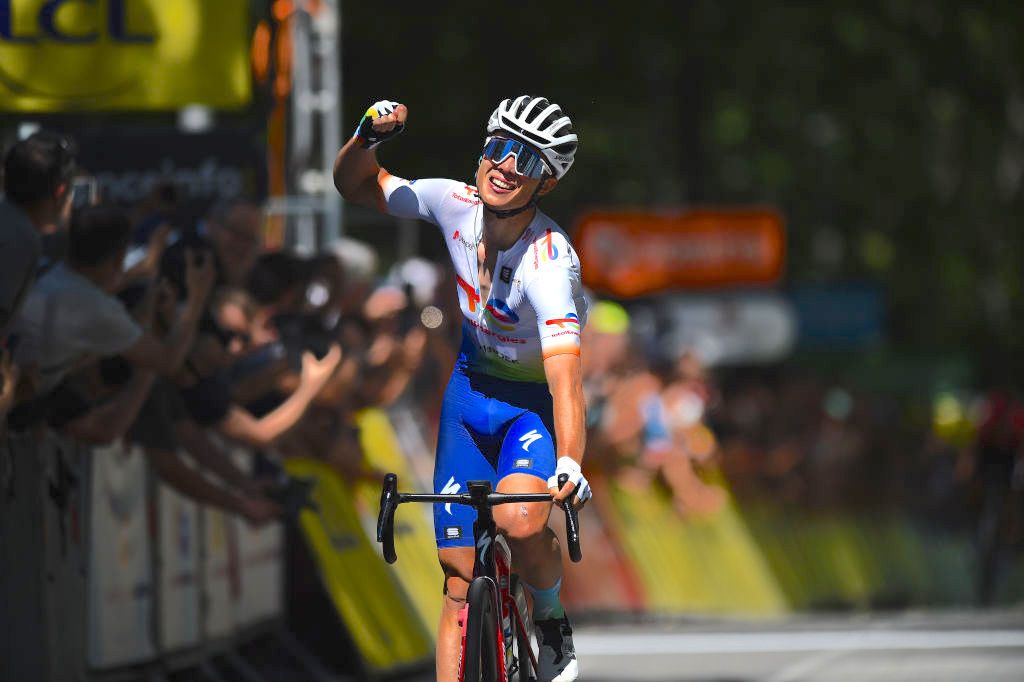 The breakaway took control of the sixth stage of the Dauphiné as expected, with the peloton incapable of bringing back the escapee group of six that went clear early in the day. Valentin Ferron was the winner of the day, after attacking on the final kilometer thus taking the biggest win of his career.

Positive: Valentin Ferron taking a glorious win and the second for TotalEnergies.

Negative: Juan Sebastian Molano, who won the sprint in the peloton but was disqualified for assaulting Hugo Page earlier on in the day.

You might think this is a Tour de France stage but not when you look closely. In fact, the grand majority of this day is an exact replica of the Alpe d’Huez stage in this year’s Tour, however the finale will be in a different ski resort. 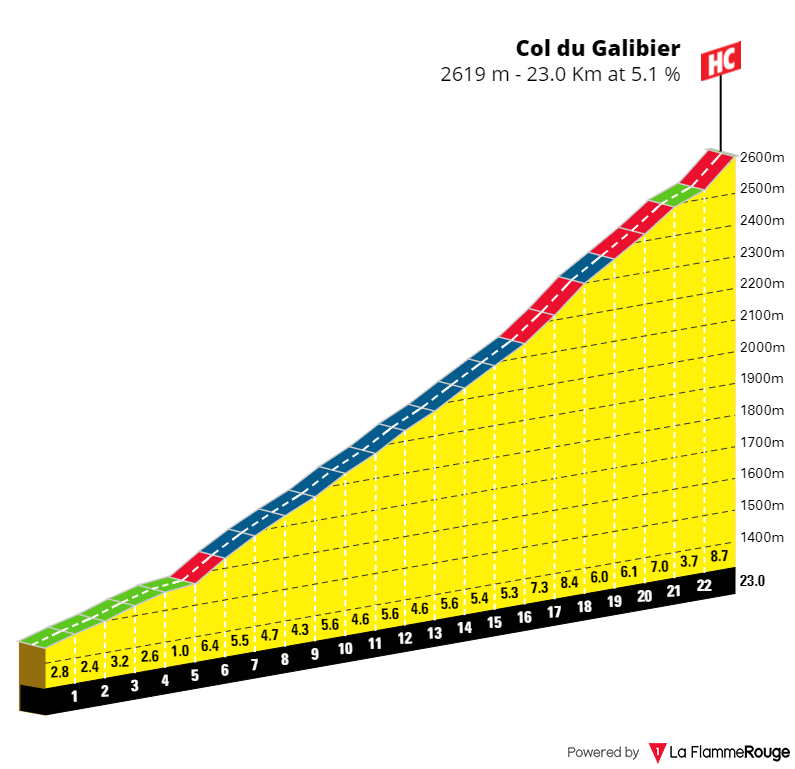 The day starts off with the mythical Col du Galibier, which will be ridden via the Col du Lautaret. The riders will start the day already climbing gently, and the Galibier is an ascent that gets steeper towards the summit – at over 2600 meters of altitude. The race can be seriously attacked here, however the long descent will leave the riders in the next ascent. 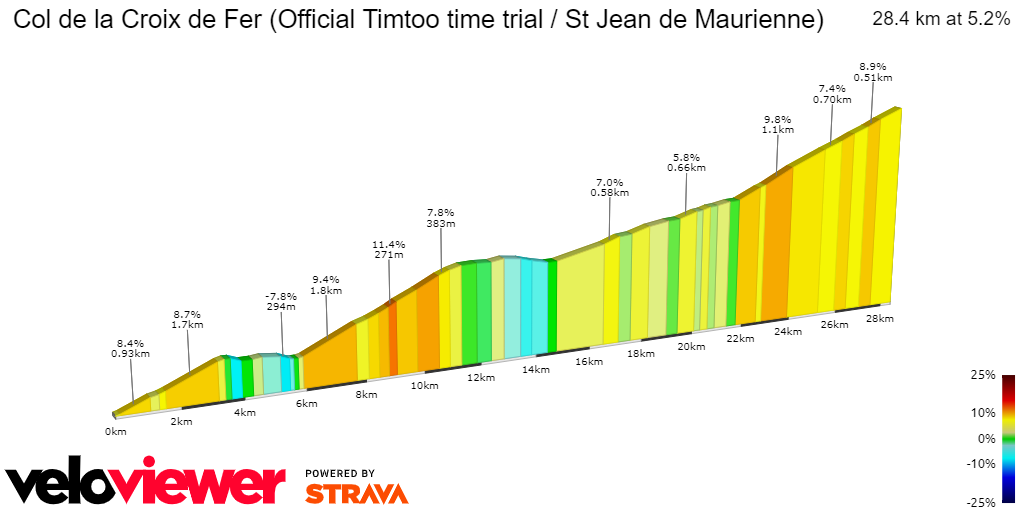 Ridden via Saint Jean de Maurienne, the Col de la Croix de Fer is a very inconsistent climb, however a brutal one. In 2015 Nairo Quintana almost broke Chris Froome up these slopes, it’s an ascent cut into three sections where the gradients are much higher than the 5.2% average. The last 6.7Km have an average gradient of 8.2% and it goes above 2000 meters, so it’s definitely the most likely location for an attack if it comes in this ascent (which summits with 31 kilometers to go). 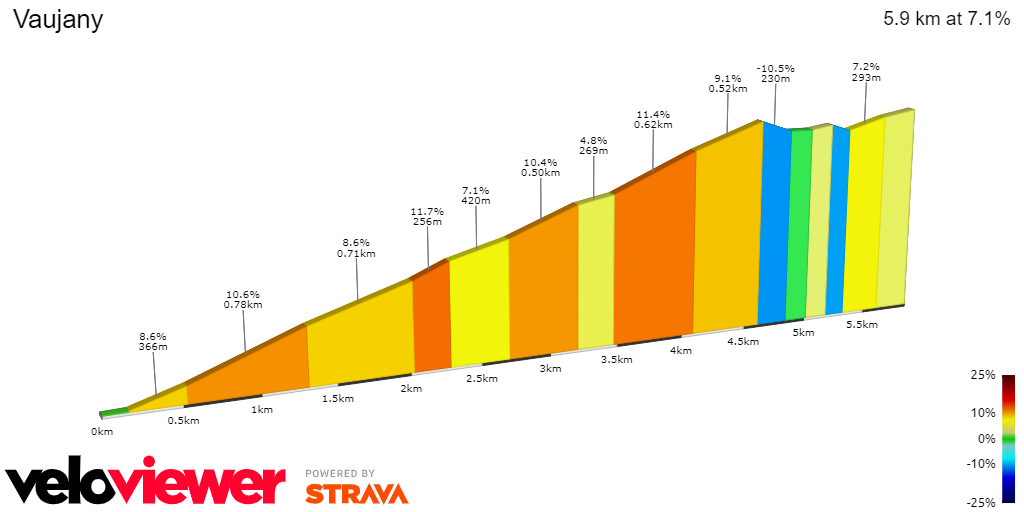 But it’s towards Vaujany that the riders will turn. Significantly easier than the Alpe d’Huez, however still hard in it’s own league. It’s a sharp climb, with an average that is lowered in the final kilometer where the riders head into the finish line. Most of the climb is in fact in gradients that come close – and at times overtake – the 10% mark. 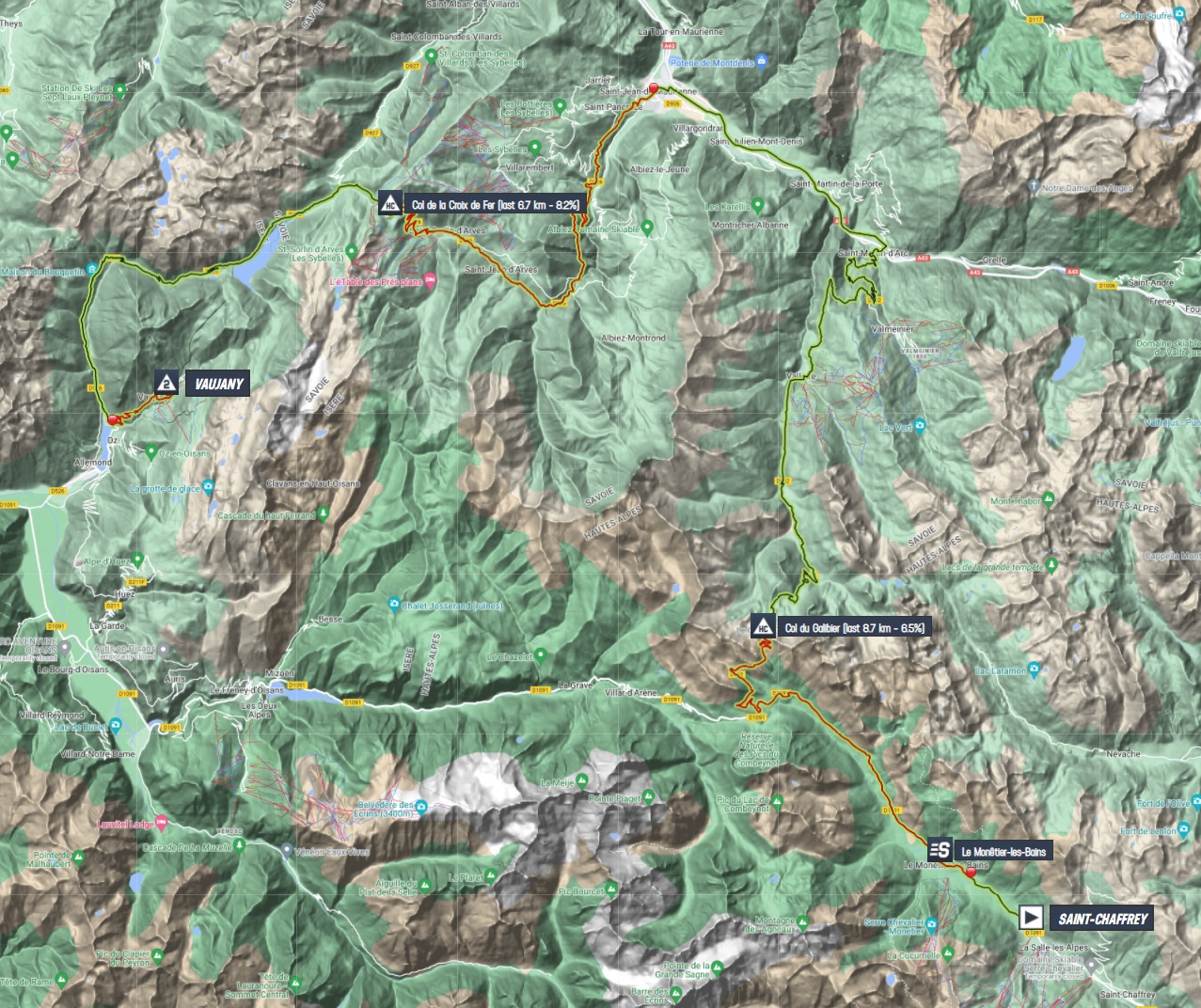 Some lower temperatures as expected. Minor breeze from the north, it shouldn’t affect the stage as the mountains will all have it’s northern side covered and it doesn’t have much power.

There is an uphill start, but in reality it’s a short stage, very hard and the GC is likely to play out so I wouldn’t expect a group to succeed.

David Gaudu – Gaudu has taken a stage win already. The form is good, he may have the GC now as a priority with the TT behind, and Groupama definitely have the team to make it hard in the mountains with full dedication to the Frenchman.

Damiano Caruso & Jack Haig – Caruso has been riding under the radar but in a very promising sixth place, and Haig is in 15th. Both riders enjoy the long climbs, and Caruso will enjoy the altitude aswell. Bahrain are on a great run of form this season and they are expected to be some of the riders to challenge for the podium.

Furthermore more riders are expected to be in the battle for the top places. Enric Mas crashed yesterday however on his best day he’s absolutely a card to consider, and Ben O’Connor will also be racing for the top places despite the lack of major support in the mountains unlike the riders above.

Tao Geoghegan Hart and Eddie Dunbar will be leading INEOS although they’ll need some good consistency to be able to bring in the results. Tobias Johannessen, Wilco Kelderman and Brandon McNulty can also be in the fight for the top results, perhaps with some more freedom.

#195 Harry Sweeny  – Helping Steff early in the day, and for as long as possible should be the priority. If possible, help Maxim try and get in the breakaway.

#103 Luke Durbridge – Let’s see, no ambitions to go for the stage so we’ll try to keep Dylan in the race and prime his form. Duty is to support him here.

#56 Greg van Avermaet – Ben is in great form so let’s try and help him. Tomorrow a breakaway is a better possibility, on this day it will be a decent day to test your form and support the team. 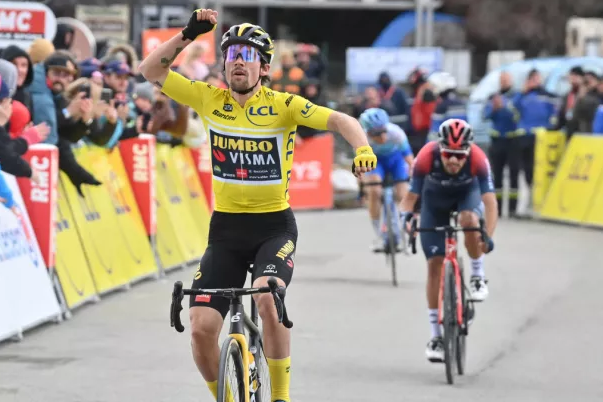 I don’t think Roglic and Vingegaard are currently above the competition at the Dauphiné, but tomorrow’s stage will be relatively tactical. Both will only have to follow wheels and they should thrive in the long ascents and benefit from team depth. Roglic is my favourite to take the win.

Tomorrow’s race has prizes of at least €400 and an entry fee of only €5. Make good use of your knowledge!