The second day in the Pyrenees delivered, as Tadej Pogacar took a strong win, outsprinting Jonas Vingegaard in the final ramp up Peyragudes. However beforehand was a day that can only be described as full-gas, as the day’s breakaway only went up the road in the first climb of the day, and Jumbo/UAE set a very hard pace throughout the whole afternoon.

UAE had Brandon McNulty – who finished third – decimate the field in the penultimate climb, and paced through the final hour of racing extending the gaps to very high dimensions. The trio went into the final ramp together, Pogacar couldn’t take time on the road but did manage to take the stage win. 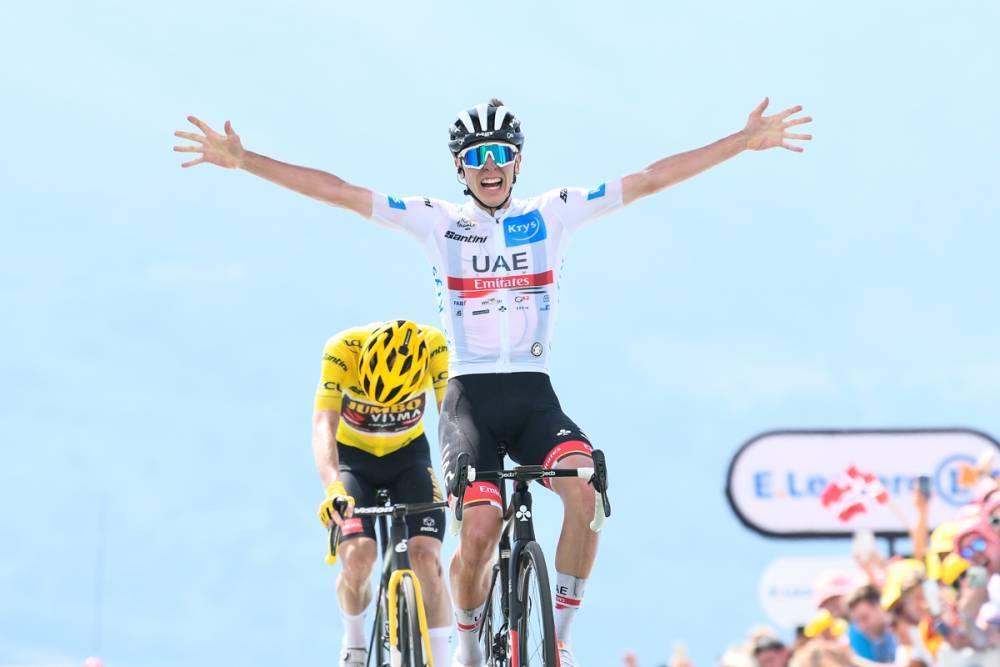 Positive: Pogacar didn’t take time on Vingegaard except for minor bonus seconds, but the win will be a motivation and an extra moment of glory. Romain Bardet climbed back to sixth, bouncing back from a very bad day and rising in the GC.

Negative: Adam Yates was the rider who lost the most, from sixth to ninth – opposite of Bardet – after a bad day. 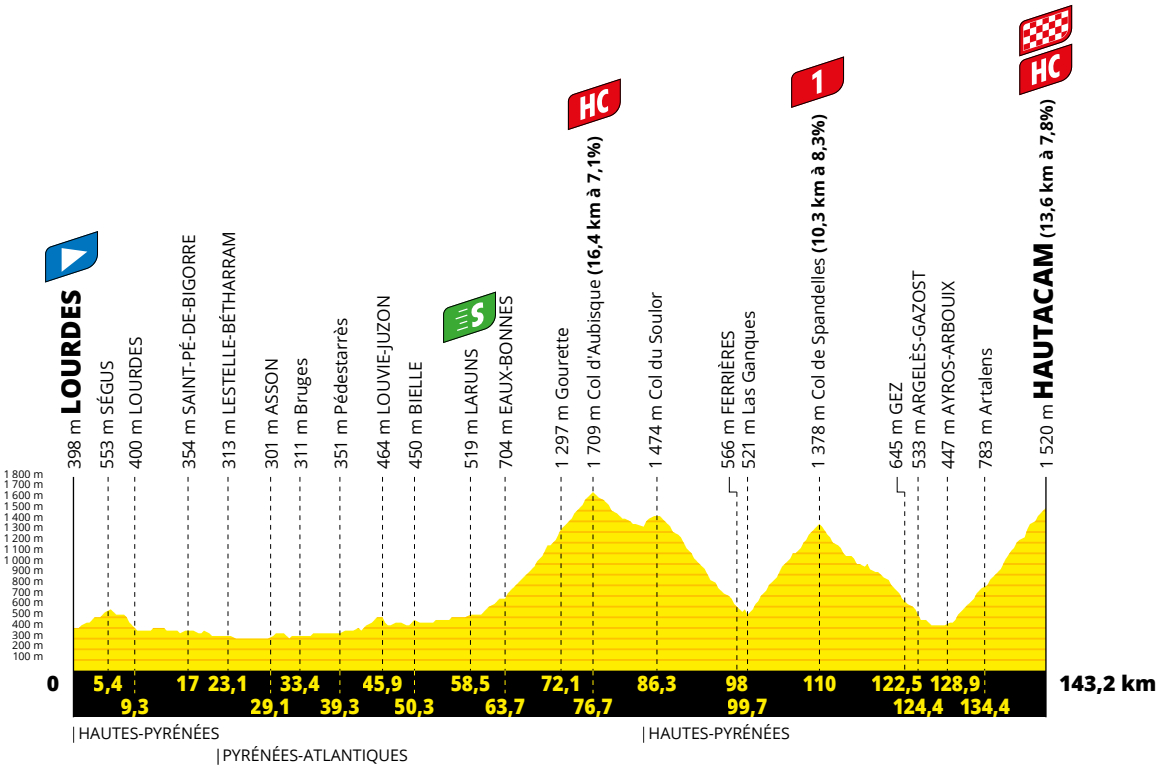 Stage 18, the final day in the mountains. The formula is exactly the same as today’s, with a flat start, short distance and a long sequence of very similar climbs in the second half of the stage. The first 60 kilometers have little to describe, with mostly pan-flat roads leading into the intermediate sprint, and into the hattrick of climbs. 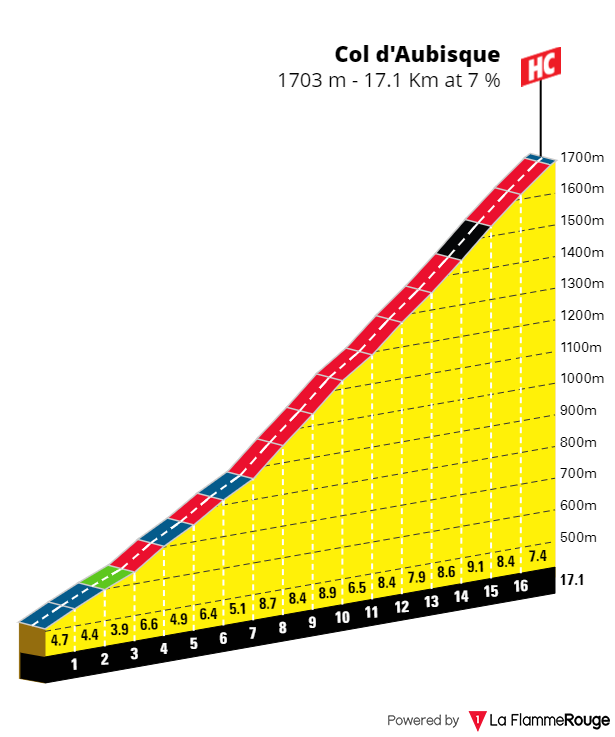 The first is one of the hardest of the race, the Col d’Aubisque, with 17.1Km at 7% average gradient, a very consistent ascent deep into the mountains, with it’s summit with 76.5 kilometers to go. An inconsistent descent follows, but leads directly onto the second climb of the day. 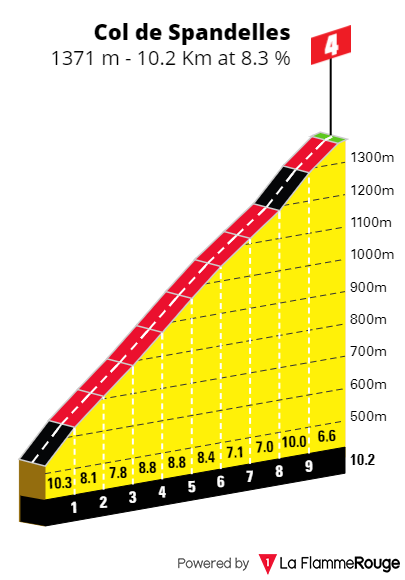 Which is the Col de Spandelles. Not as famous as Aubisque, however a tough climb in it’s own right, averaging 8.3% throughout 10.2 kilometers. It summits with 33.5 kilometers to go and will certainly be used to deal further damage in all riders. 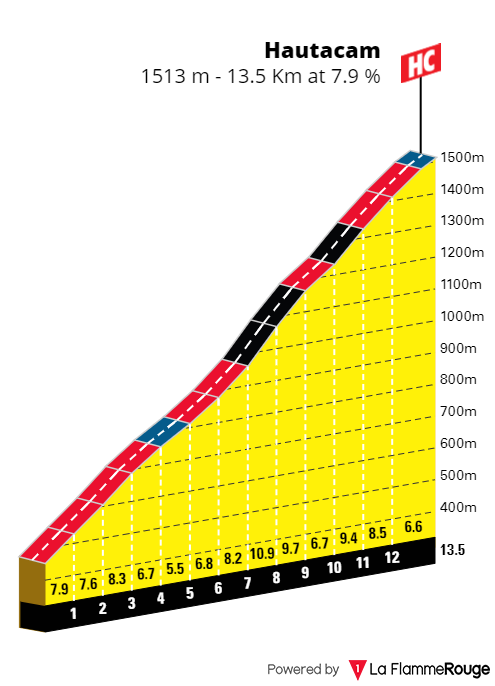 The final climb will be to Hautacam, the final true climb of the race. It is imagined by the organizers to be the climax of a three-week race in the mountains, with 13.5 kilometers at 7.9%. In evert scenario, a climb hard enough to make serious differences, specially on the 18th day of a Grand Tour. 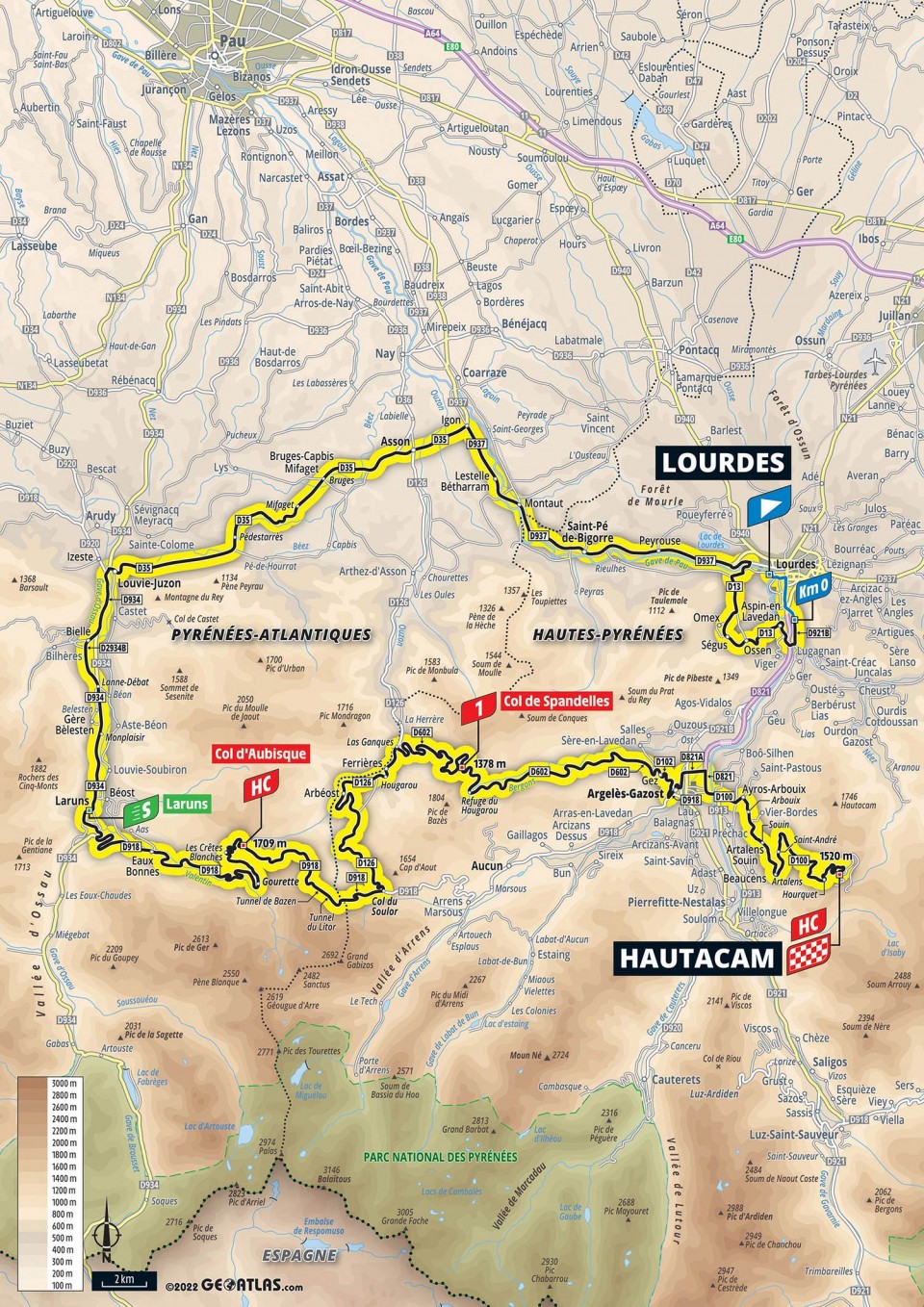 The temperature will bounce back up slightly, with a slight breeze from the northeast, which shouldn’t affect the race much inside the mountains.

The stage is very similar but the start has some false-flat which helps the chances of those looking to get away. As for the rest, the variables remain the same, with the peloton having a chance if the attackers block each other, although Brandon McNulty’s resurgence sure helps the chances of the win coming from behind.

Tadej Pogacar & Jonas Vingegaard – Once again, absolutely equal. Pogacar will have to attack as the gap is too big to attack the time-trial, and with Brandon McNulty showing great form they have the means, but will have to count on a bad day from Vingegaard. If the stage will be battled between them again it will depend on the breakaway riders cancelling each others’ moves as was the case today. If they go up the road early on though I doubt any of the teams will be controlling the gap through the flat section.

From the GC riders the two above have once again shown to be a level above all else. A win would need to come from a breakaway, but the way Jumbo have been racing it would need to be someone relatively distant such as Aleksandr Vlasov, Alexey Lutsenko, Tom Pidcock or Enric Mas. The likes of Geraint Thomas, Nairo Quintana, Romain Bardet, Louis Meintjes and David Gaudu will be fighting each other in an internal battle – Brandon McNulty would have better chances of taking a win on this day.

#26 Luke Rowe – Some of the guys will attack early on, as for you the job is to keep Geraint safe early in the day and make sure the guys enter the climbs well positioned, aswell as helping with the feeding.

#107 Kristian Sbaragli – Save up the legs, we’ve got two sprints left if all goes well, protect Jasper through the mountains.

A complicated day to predict, at this point of the race fatigue and feeling on the day is as important as climbing prowess. It’s another day where the breakaway can take a big advantage early on however that will depend on how the moves are covered. I will trust though with the bashed UAE and Jumbo, and a win for Rigoberto Urán.

Tomorrow’s race has prizes of at least €1000 and an entry fee of only €5. Make good use of your knowledge!