The Tour de France had one team come out on top, and today was no exception as Jumbo-Visma dominated another day, as Wout van Aert took the win on the final time-trial with Jonas Vingegaard finishing second, sealing both classifications. Tadej Pogacar finished third on the day. 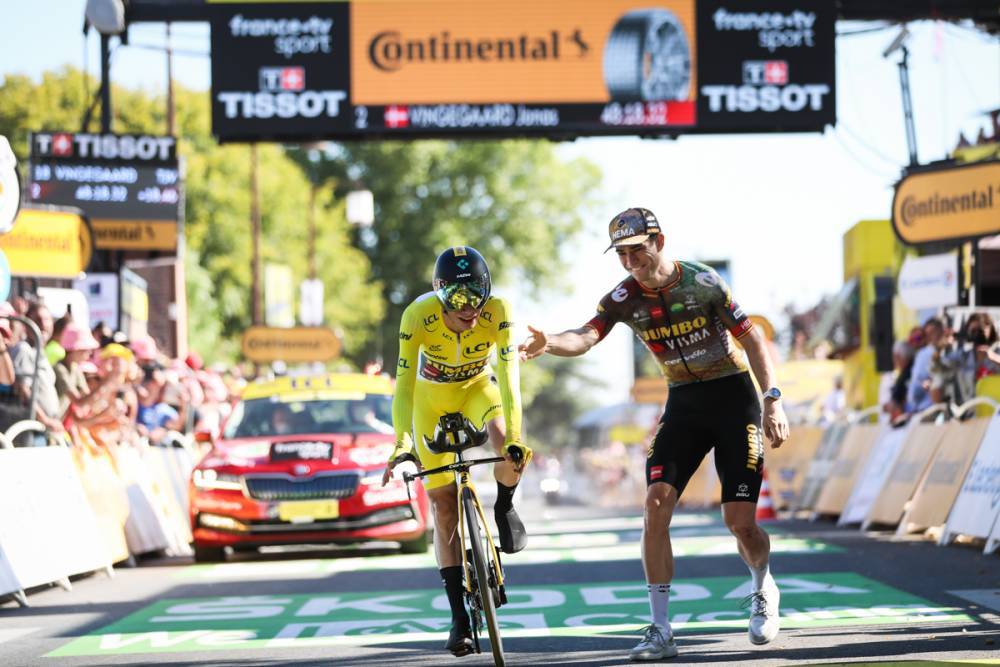 Positive: Van Aert and Jumbo confirming all of the goals they worked for in the last few weeks, and Aleksandr Vlasov storming to fifth place.

Negative: Louis Meintjes descending from sixth to eighth, and Stefan Bissegger suffering once again from mishaps not allowing him to fight for a result. 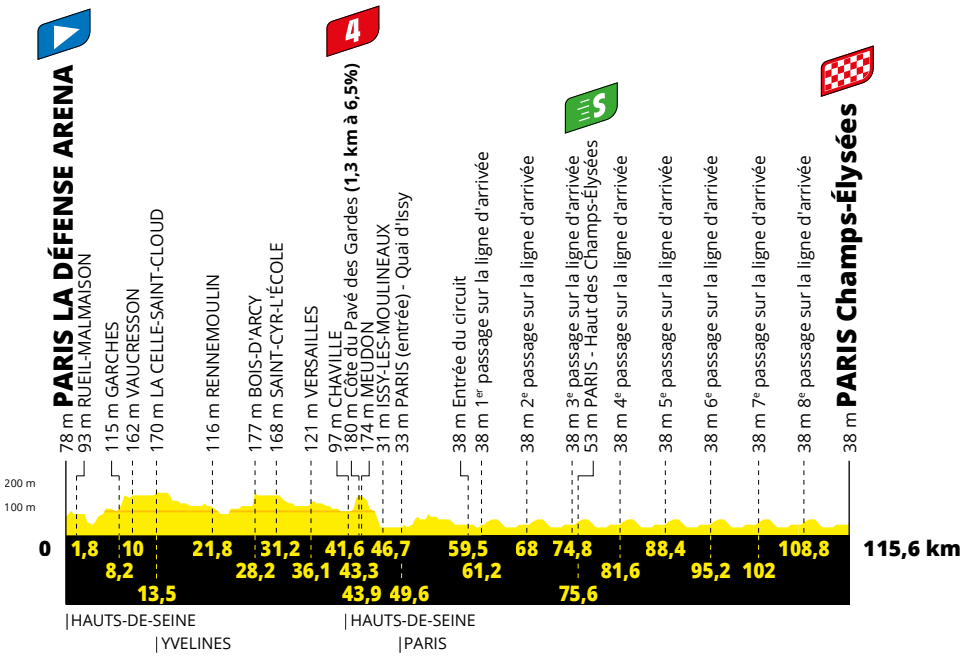 Finally the riders make it into Paris. The final day is a tradition at the Tour de France, where the riders will ride calmly and in celebration for a large portion of the day before the real racing begins. In total it’s only 115 kilometers, and the final 55 will be ridden in Paris where a sharp hour of racing will likely see a bunch sprint. 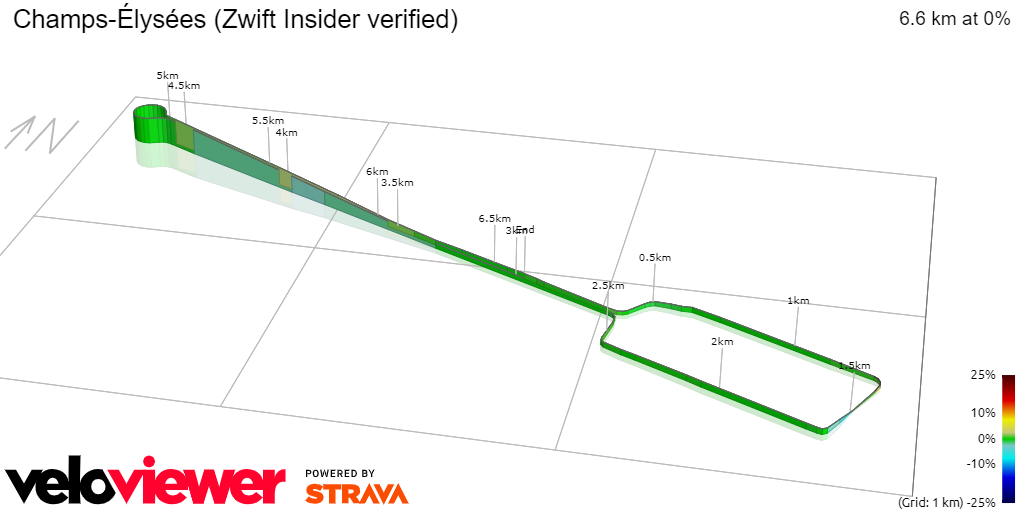 Attacks can succeed however, as the peloton is thinned down and worn out here, and for rouleurs they still carry a chance of succeeding, however their chances are always low. A bunch sprint is the traditional outcome, in the streets of Paris and the finale at Champs-Élysées. The finale is a bit technical, but very familiar to the riders who will ride the circuit 8 times. The Grand finale of the Tour de France! 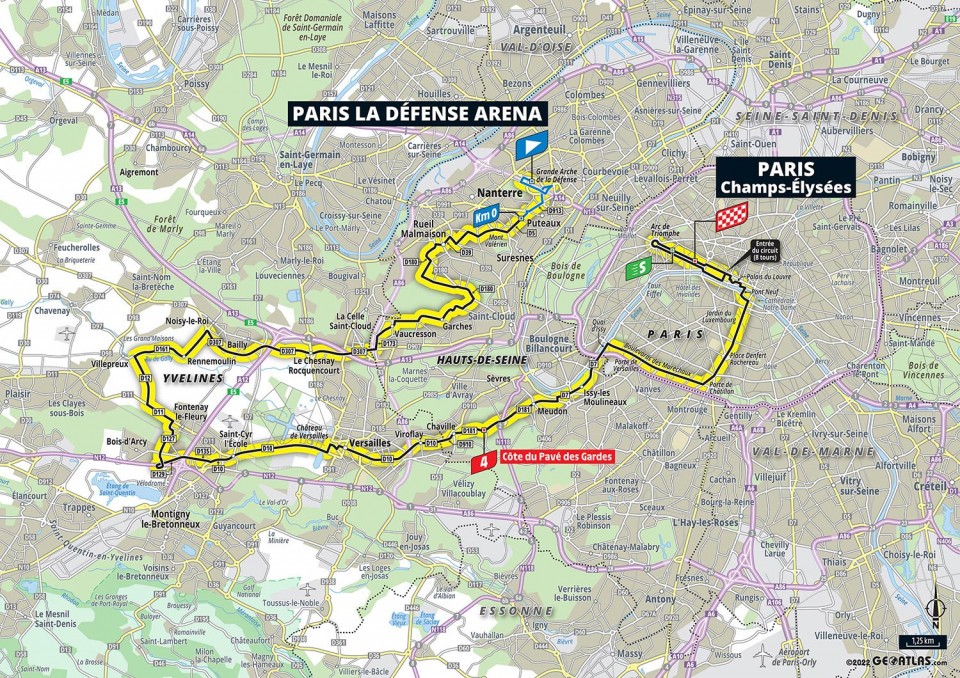 Warm weather and a southern breeze. The weather shouldn’t play a role on this day.

Maybe not the day’s breakaway, but many riders will still try something surely in a bid for glory, and with such short distance and reduced chasing firepower from sprinter teams anything can happen.

The day should come to a closure with a bunch sprint however, as it does every year. There are two names who should be satisfied with their race having won over the Tour which are Wout van Aert – confirmed points classification winner – and Jasper Philipsen who won a stage and finished close on other occasions. Mads Pedersen likely is aswell, although with his illness he will not be a card to play for possibly here.

Dylan Groenewegen took a stage win which came as some surprise due to his difficulties this year and will be looking for another, whilst Fabio Jakobsen did win one aswell but surely came for more and will be a strong card to play.

Caleb Ewan, Peter Sagan and Alexander Kristoff are three sprinters which occasionally shown their faces however have shown very little so far and will try to save their race. the likes of Alberto Dainese and Danny van Poppel are also to consider in such a finish, having shown the form throughout the Tour.

Although narrower, I’ll still give the benefit of the doubt to some riders who I think may attack and have the legs to succeed on such a finale: Stefan Bissegger, Filippo Ganna, Fred Wright, Stefan Küng, Florian Vermeersch and Taco van der Hoorn.

#141 Rigoberto Urán – You’ve done your work Rigo, it wasn’t our best race but we tried. Just enjoy making it to Paris once again, then you’ll be able to rest and focus on other races.

#47 Max Schachmann – Some of the guys may attack if Nils sees himself on a good day, but let’s focus in making sure Aleks doesn’t crash and that we can make a strong leadout for Danny, as this will be an opportunity for him to fight for a strong position.

#185 Pierre Latour – Not much to be done here Pierre so just enjoy the day. You can rest in the back of the peloton, however if we see that the escapee groups get too dangerous be ready to be called up for work as we want to make sure Peter can fight for the win. 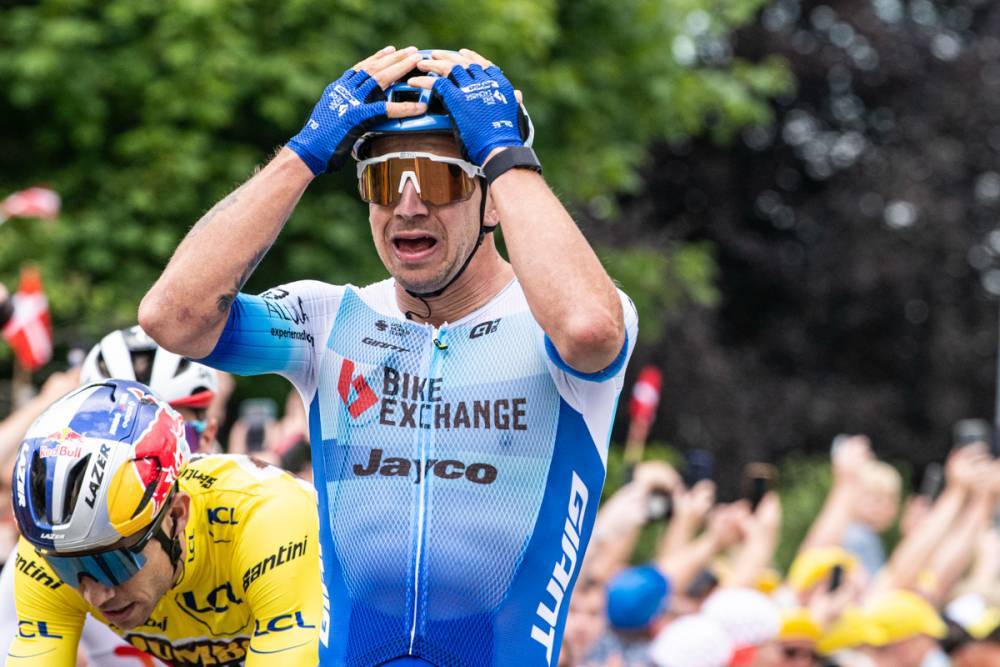 I’m not usually very fond of his chances, however Dylan Groenewegen has actually positively surprised me throughout this Tour. He’s won a stage, and so did Michael Matthews. The team has worked a lot to see bunch sprints, and will be motivated and without the pressure which can help them on this non-technical final day which suits the Dutchman.