With the breakaway controlled, it was as expected a day for a reduced bunch sprint. The likely protagonists were all towards the front, as UAE paced up the final ramps and in the final sprint Wout van Aert took the win, outsprinting Michael Matthews and Tadej Pogacar to take his second win of the race.

Positive: Van Aert taking his second win of the race and Pogacar taking an extra 4 seconds. 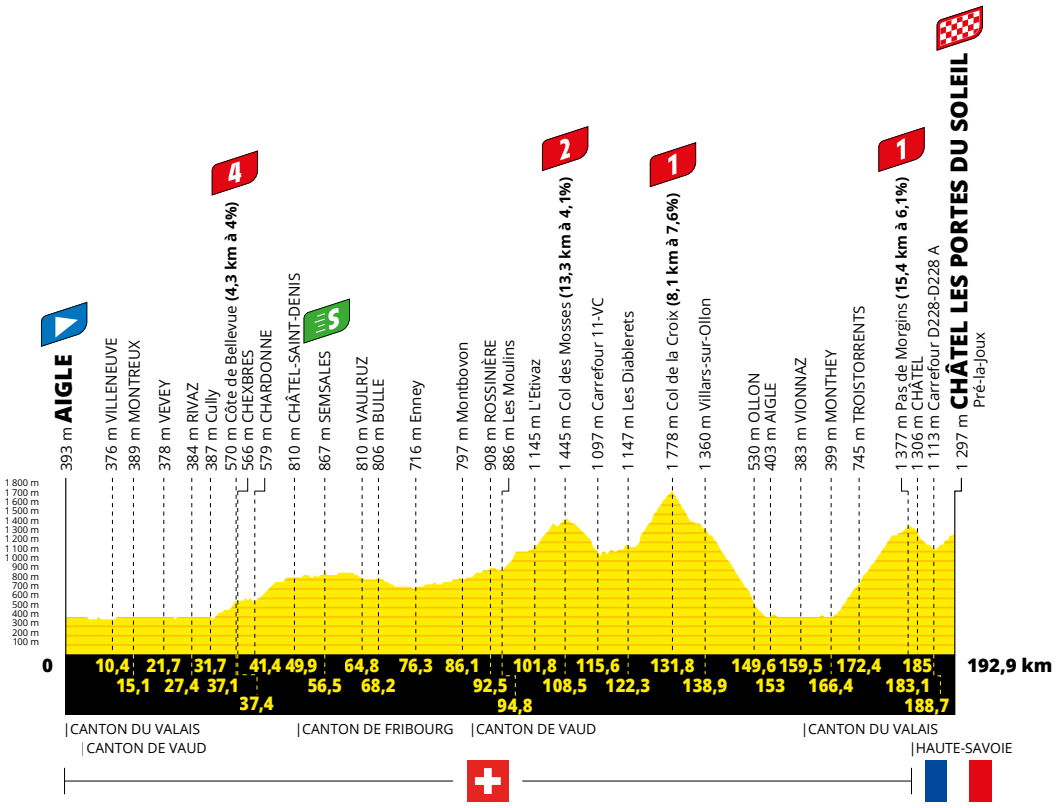 At long last the race reaches the Alps. There will be four stages raced in the region, and the ninth day is the first with true high mountains involved. A long day with 193 kilometers on the menu, most of them on Swiss territory before the finish in Châtel just across the border.

The start of the stage, as almost all days, is flat. It will be in Aigle, the headquarters of the World Cycling Center, and do a loop over the mountains east of Lac Léman before returning to the Rhône valley and towards France. 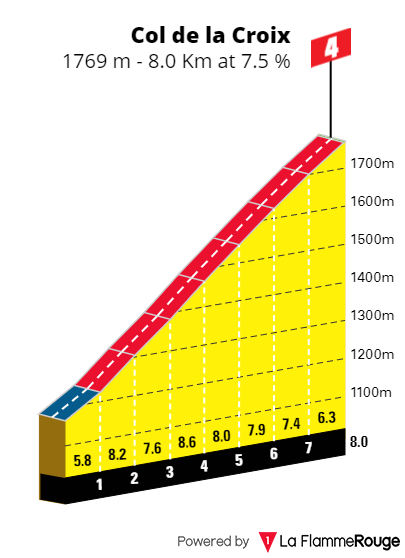 The Col de la Croix will come with 61 kilometers to the finish and is a decent ascent. With some strong pace the peloton can shed quite some riders, but mostly it can be used to deal some damage and prepare an attack for later in the day. The descent will be long and somewhat technical, down Villars-sur-Olon – which the riders climbed in a MTT at the Tour de Romandie. 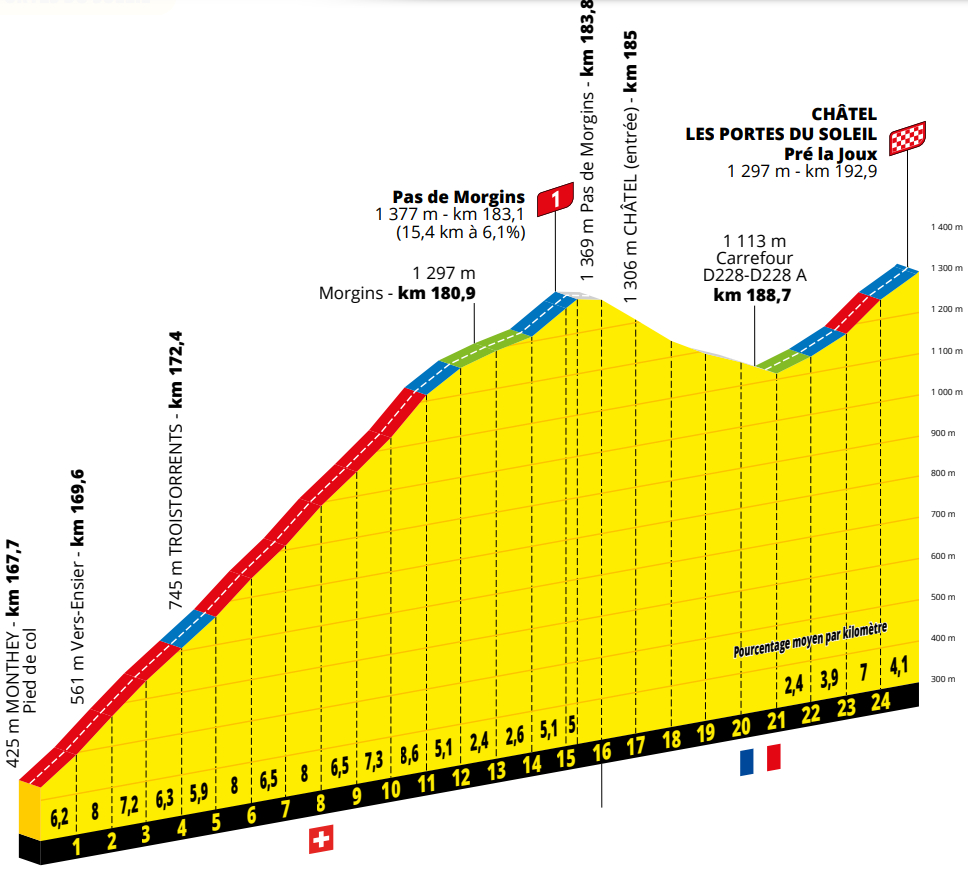 The stage will be decided in the final set of climbs. The first of which is Pas de Morgins, 15.4 kilometers at 6.1%. The best climbers in the world can fly up this, but truly it has to be said the ascent is 12 kilometers long at an average of 7% as that’s where the attacks can come, afterwards moves should be easy to cover. The ascent summits with 10 kilometers to go, and antecedes a short descent before the rise to the line

The ascent into Les Portes du Soleil isn’t hard, however further gaps can be extended if they’re made beforehand. The climb is 4 kilometers long at 4.6% average gradient and should see an exciting finale. 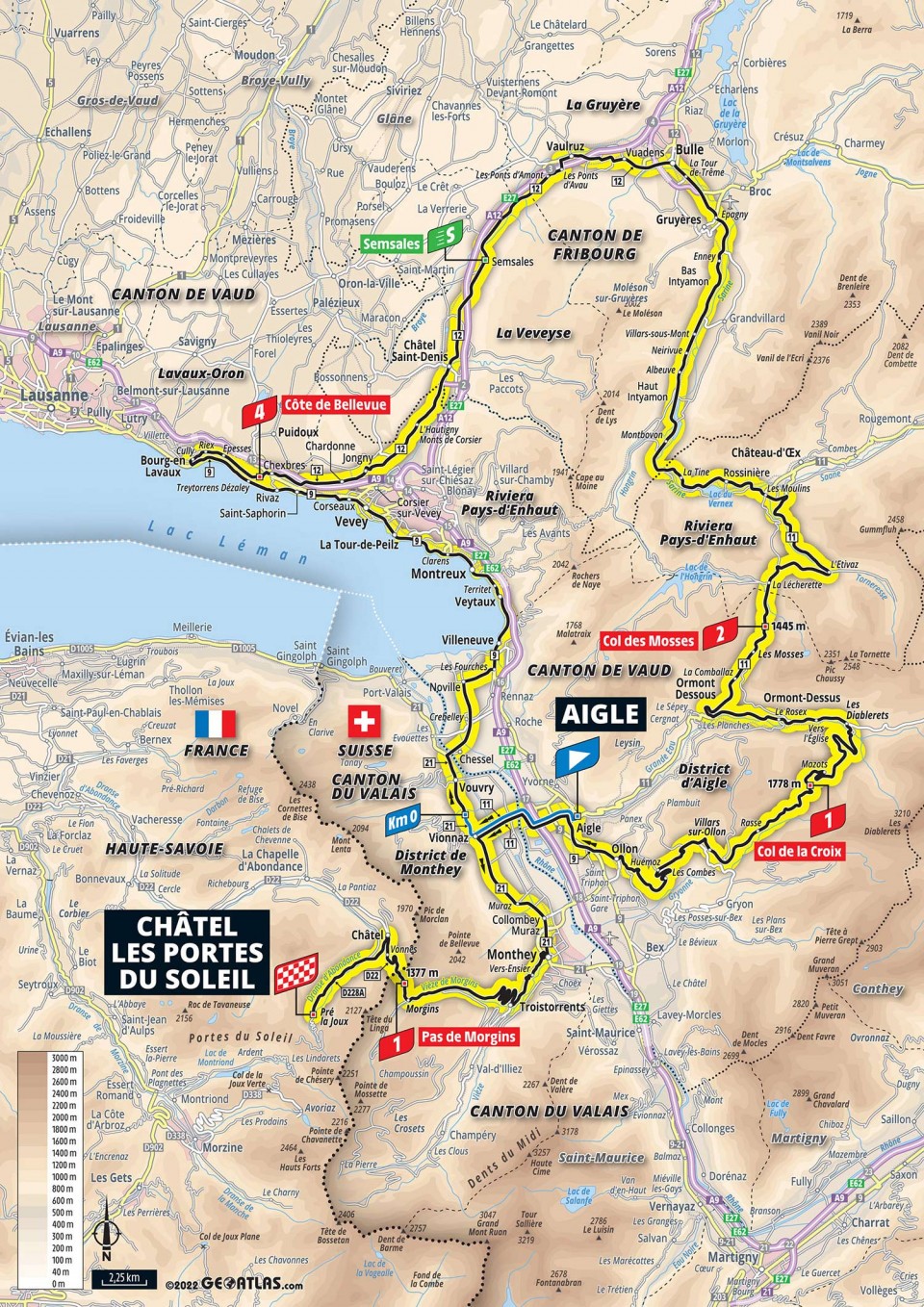 Nothing meaningful. A small breeze from the north, but should be covered throughout the day.

Over the last two days a breakaway had very good chances. In one day UAE burned through their reserves to fight for the stage win, and today there was a blocking of a large breakaway. This means that if a team wants, a peloton fight for the stage win won’t be hard as the start is once again pan-flat and there isn’t road for the climbers to actually make a difference.

With that said UAE is down a rider, both main teams have taken several wins and focus will be on GC as the first high-mountain day.

Tadej Pogacar – So far, unbeatable. This is the kind of finale where because of the shallower gradients he may have team numbers against him – as both Jumbo and INEOS look better depth wise – however to take time on him will be extremely hard. He will cover Vingegaard, but to be honest he may have the legs to cover other attacks aswell.

Jonas Vingegaard & Primoz Roglic – In the steep climbs Pogacar can easily control. Jumbo have to play aggressively, and they should do it here already. Vingegaard will be directly covered surely so I don’t think he can take time. But he can lure Pogacar’s attention away whilst Roglic may attack and get a gap, perhaps take back some of the time. Jumbo have the riders to go up the road and have strategical men to bridge across, they have to play it smart and in the long-term here.

INEOS – This is the kind of stage where they can play with their depth. It’s early enough that the gaps are small to pressure others, and well, they still have 4 riders to do this which is something they will surely not have for the whole race. The rolling climbs suit Geraint Thomas very well, who seems to be at the moment the team’s best option. Daniel Martínez and Adam Yates can attack and gain some time as the climbs flatten out in the last 15 kilometers and make for an ideal place to attack. Although Tom Pidcock is more in a supporting role, INEOS won’t have to work and the Briton absolutely has the legs to be with the best too.

I would say the GC is unlikely to see any big surprise, that will be very hard. Behind there will be the fight for the Top10, but if anyone can stand out it surely won’t be on this stage that there will be a big climb up the GC. David Gaudu, Romain Bardet, Enric Mas, Nairo Quintana and Alekandr Vlasov are all expected to be up there and follow the wheels, try and have as best situation as possible.

In all likelihood a breakaway may succeed. They have not been having an easy time, but this new terrain will be a new challenge. The main climbers that will have freedom and will often be fighting for a win in the mountains can be the following: Lennard Kämna, Dylan Teuns, Michael Woods, Jakob Fuglsang, Thibaut Pinot, Ion Izagirre and Ruben Guerreiro.

#74 Ion Izagirre  – This is your first real opportunity to go for a stage win Ion. The start won’t be easy, so we’ll have Max and some other guys help you and try to make it into the front move, to force it a bit too. If you don’t make it then save the legs, if you do then stay attempt – the main moves should come in Pas de Morgins but don’t be shy of making a move in the previous climb if you see that attacks are coming thick and fast.

#144 Stefan Bissegger – Early in the day we should try and get someone in the breakaway, Ruben preferentially. It’s a flat start so you can play a crucial role, and it’s your main task for the day. If you can’t manage to get in front then stay with Rigo and Neilson and help the guys whilst you can.

#183 Maciej Bodnar – Stay in the bunch and save the legs. You’ll be with Peter throughout the climbs, just make sure you’re in the gruppetto. 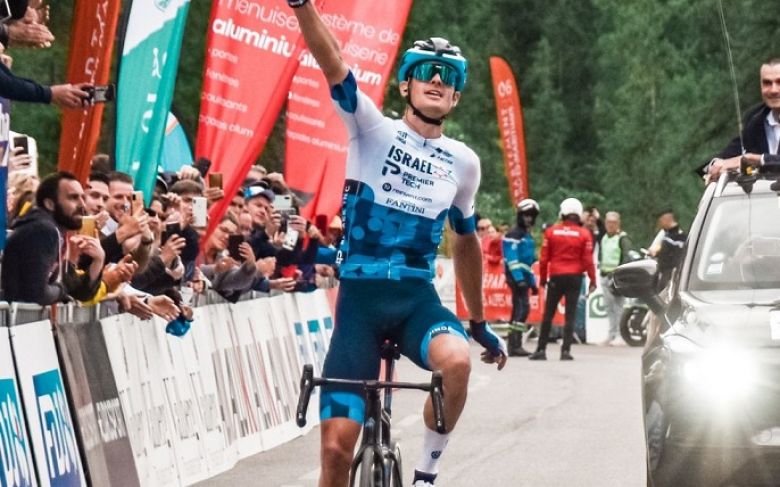 A win for the breakaway is what I think. Maybe it’ll come later in the race, but I have good feelings about Jakob Fuglsang and this looks like a good day for his skillset in order to take a solo win.