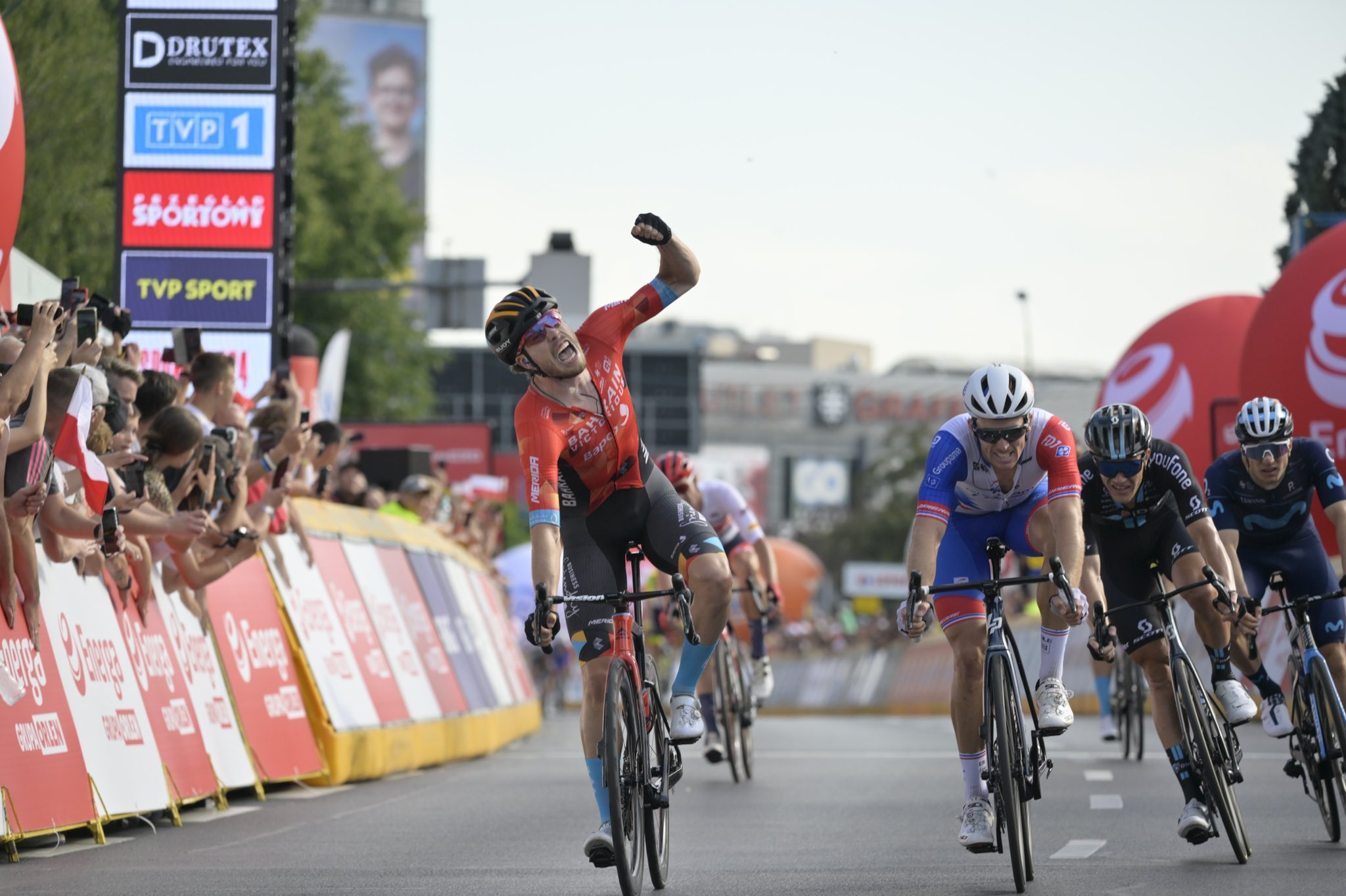 The fifth stage of the Tour de Pologne was again an unexpected one, with another bunch sprint coming to light after the breakaway was controlled throughout the day. A mass crash brought many to a halt inside the final kilometer, and Bahrain – Victorious have done a strong leadout to deliver Phil Bauhaus to the stage win, beating Arnaud Démare and Nikias Arndt to take his second World Tour win of the season.

Positive: Bauhaus and Milan forming a very strong duo over the race. 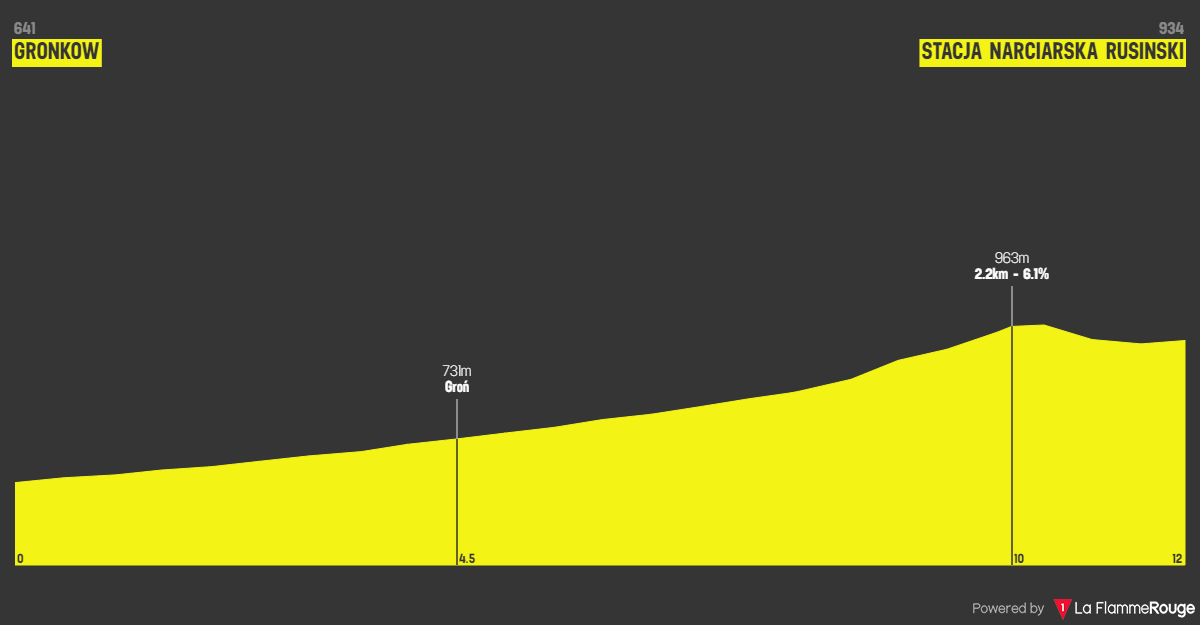 The sixth stage of the Tour de Pologne may be called the queen stage, as it will with no doubt create differences between the riders. Instead of the traditional hilly circuit around Zakopane, the area will this year host a 12-kilometer time-trial which will see crucial gaps.

And the favourites for it are also very unclear. Officially, the profile is very uphill, a day suited to the climbers and puncheurs, although the pure time-trialists will nevertheless find favourable terrain. It will be a very mix day, with no clear contender in terms of type of rider.

The totality of the time-trial will see 11.9 kilometers at 2.4%, with a slight downhill before the finish. The first 8 kilometers will be slightly pan-flat, however the following two kilometers will see the gradients go up, inevitably reaching 10% towards the summit of the climb. The finale in the Narciasrska Rusisnki ski station will be flat, however at the end of a big and inconsistent effort. 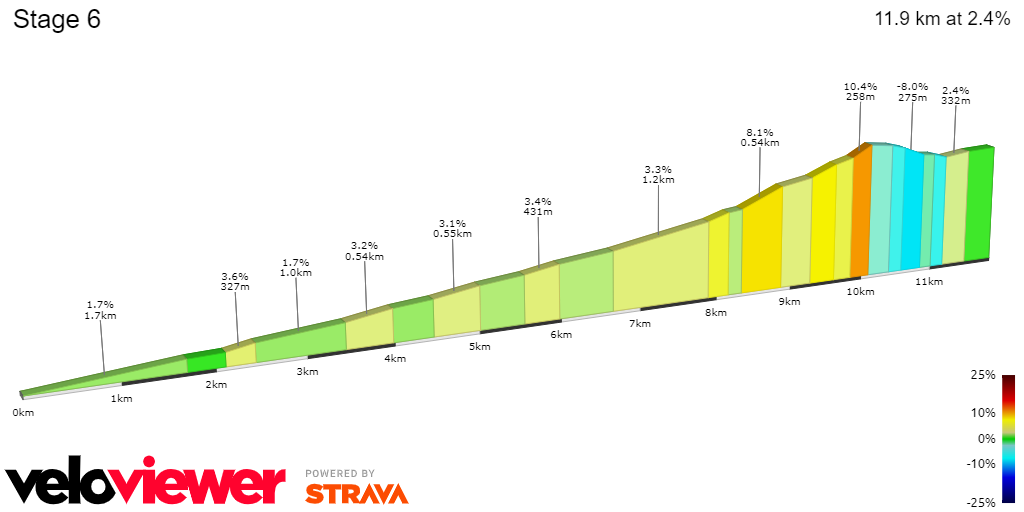 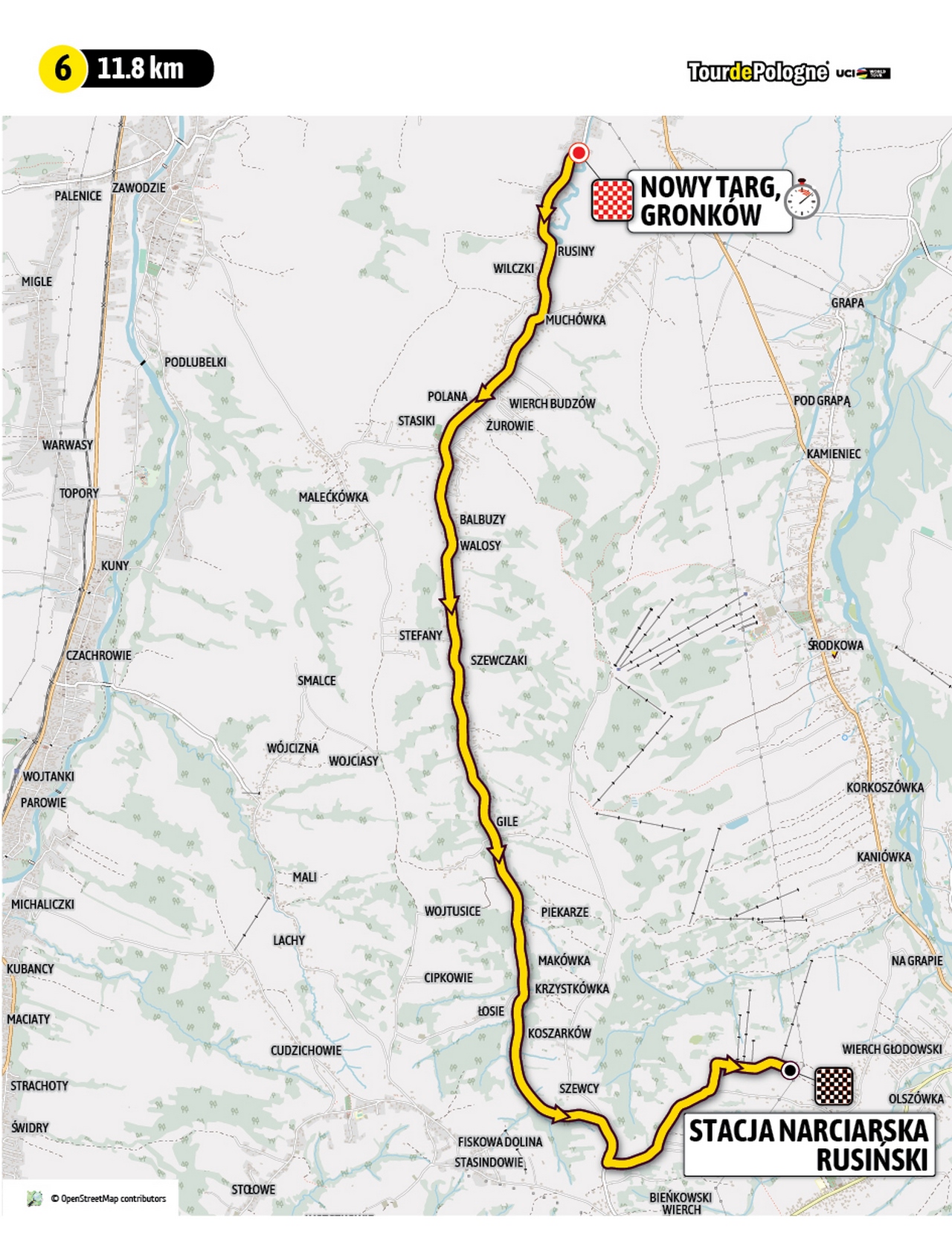 A small northern breeze will see a tailwind throughout most of the course.

Ethan Hayter – Hayter against the clock will not struggle with his weak point, and he seems to be in the form necessary to take the win and possibly the overall classification aswell at the end of the race, INEOS have put all their cards in him.

Matteo Sobrero – Winner of the final time-trial in the Giro d’Italia, Sobrero will have good chances of taking another big win, and with the GC on the line it may be the most important in his career on the line.

Pello Bilbao – Second in the GC, Pello Bilbao has been on a brilliant run this season. In a good day the Basque can be in the fight for the win and also the yellow jersey.

Sergio Higuita – He’s crashed twice this week, far from the ideal preparation towards the time-trial. He’s got the lead and a small buffer over the rivals, but despite his promising results in recent time-trials and the favouring profile, it feels like it may not be hard enough to stay in yellow.

It’s quite an open route however. It is a mosty uphill time-trial, however the gradients never truly bite, it’s a big-ring course, and the part where the lightweight riders can benefit is not very long. This will see an interesting dynamic. The likes of Rémi Cavagna, Samuele Battistella, Bruno Armirail, Thymen Arensman and Antonio Tiberi are all strong rouleurs and will be big contenders.

In the opposite side you have the likes of Sergio Higuita and Richard Carapaz who would on paper benefit from that section, however they will need to limit their losses substantially over the false-flat section to be able to contest the stage.

This applies to all other riders in the GC contention. Quinten Hermans, Diego Ulissi, Quentin Pacher, Felix Gall, Stephen Williams and Steff Cras are all within 10 seconds of the yellow jersey. It is a very interesting mix of puncheurs, classics riders and climbers, and will lead to a very interesting fight for the top places.

A little further down the line you could also see some other riders perform well here such as Mads Wurtz, Lucas Hamilton, Daan Hoole, Jonathan Milan, Lawson Craddock, Magnus Sheffield and Josef Cerny, if they happen to have a very strong day.

I will go with Matteo Sobrero to take the stage win and take over the yellow jersey, on the way to go to the overall classification win.

Tomorrow’s race has prizes of at least €300 and an entry fee of only €5. Make good use of your knowledge! https://zweeler.com/game/cycling/FantasyTourdePologne2022stage6/main.php?ref=790