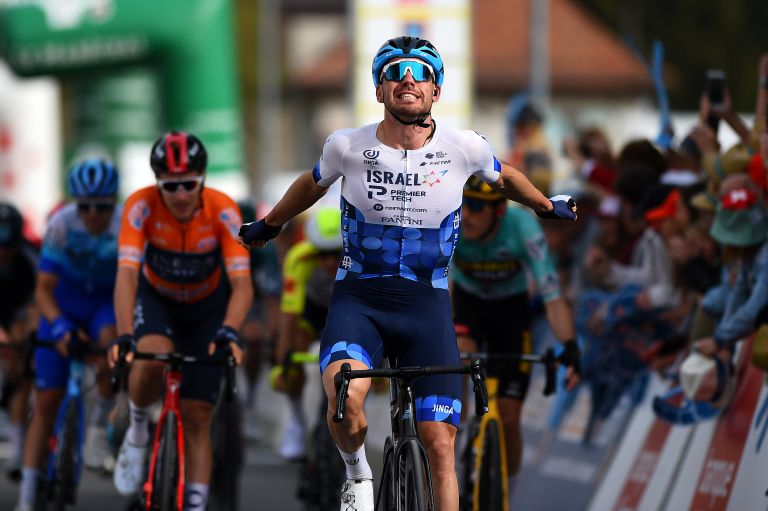 A day that was slightly harder than yesterday, but the formula was the same as the pace was high in the last ascents, but some of the top sprinters can comfortably go over them, leading to a bunch sprint in the end. Patrick Bevin took the win for Israel, an important one, having beaten Ethan Hayter and Rohan Dennis in the final sprint.

Positive: I actually have good feedback from Israel today, they’ve worked towards the finale to give Bevin a chance, and today he wasn’t swarmed, and took a dominant win.

This is what I consider the queen stage of the race, and with good reason. Although the final time-trial can very well be the day where the biggest gaps are done, the riders who will be in contention for the overall win will have to thrive here, and it’s a very interesting day.

With only one true mountain stage, likely the favourites will wait for the final ascent, however early on in the day there are some big mountains that will put the hurt on many. Nax (10.3Km at 7.6%) and the Saint-Luc ascents are both long and with quite decent gradients, that will prepare the riders for the final ascent to Zinal. 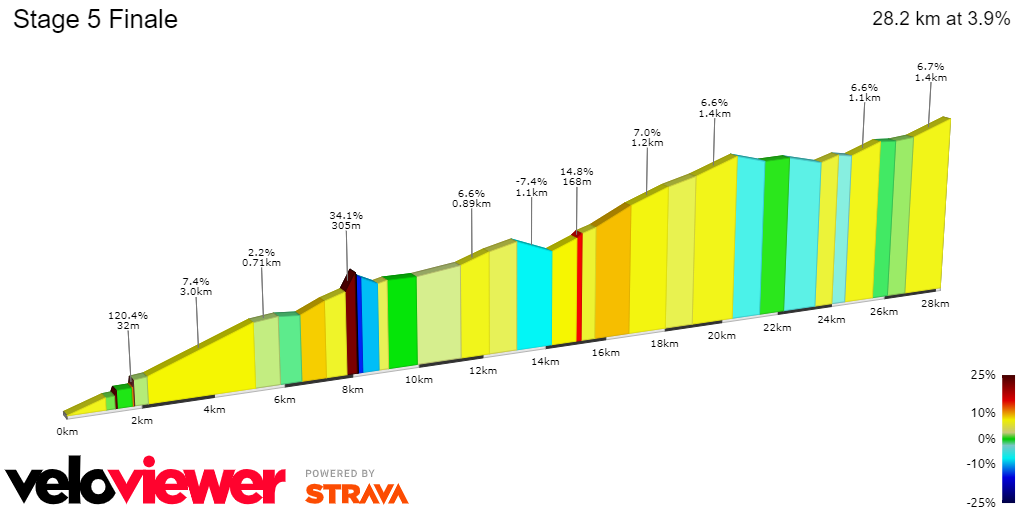 This is a very unusual one. In total it features 18 kilometers, but it has several flat and even downhill sections inbetween that break the rhythm of the climb completely (besides having categorized points inside of the ascent.

(The GPS errors make for 2 incorrect gradient reads in the profile) As you can see the climb is split into three. The first 7.8Km at 6.2% are hard but they come too early in the climb to make serious differences, so it is likely that on the second part – called Grimentz – will be the place chosen for the main attacks, as it features a constant 6.2Km at 7.1% after the initial effort already.

Afterwards there’s a small ascent before the gradual rise to the line which sees 3.9 kilometers at 5.2%. A very inconsistent climb, it can suit different types of riders, whilst others may hate the changes in pace. One thing Is for sure, is that many will be obliged to attack and explode the stage. 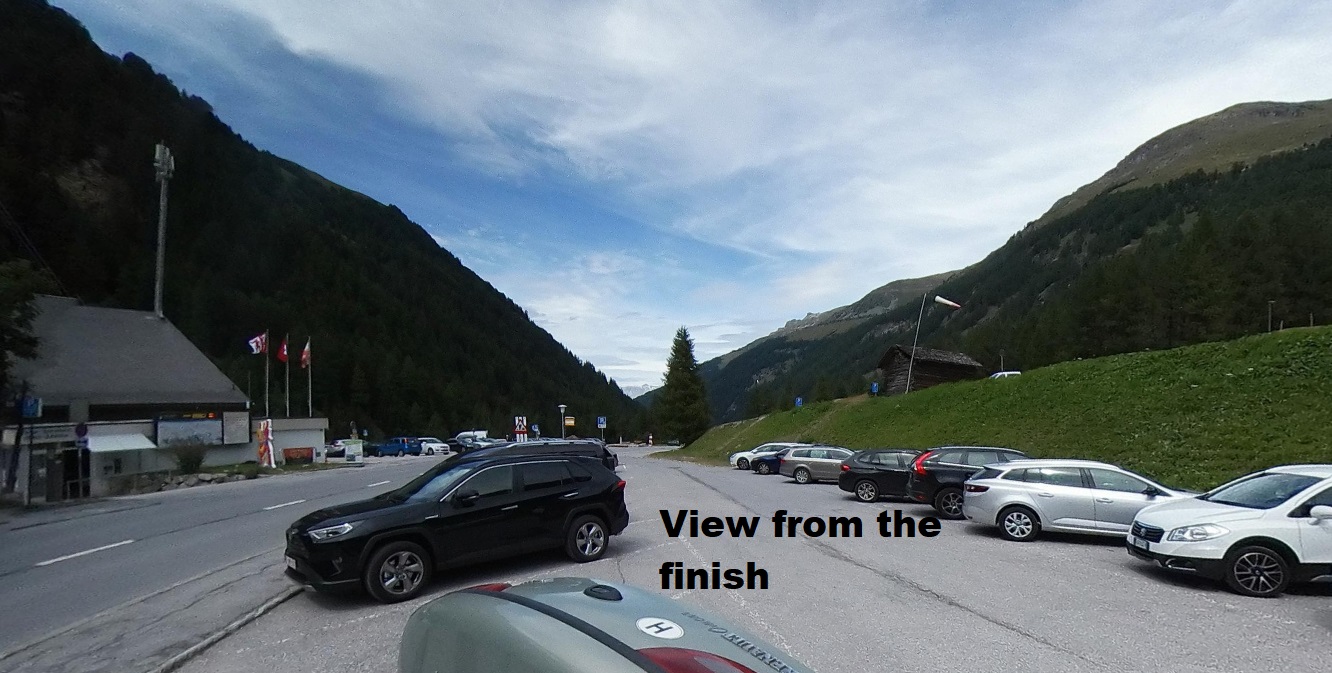 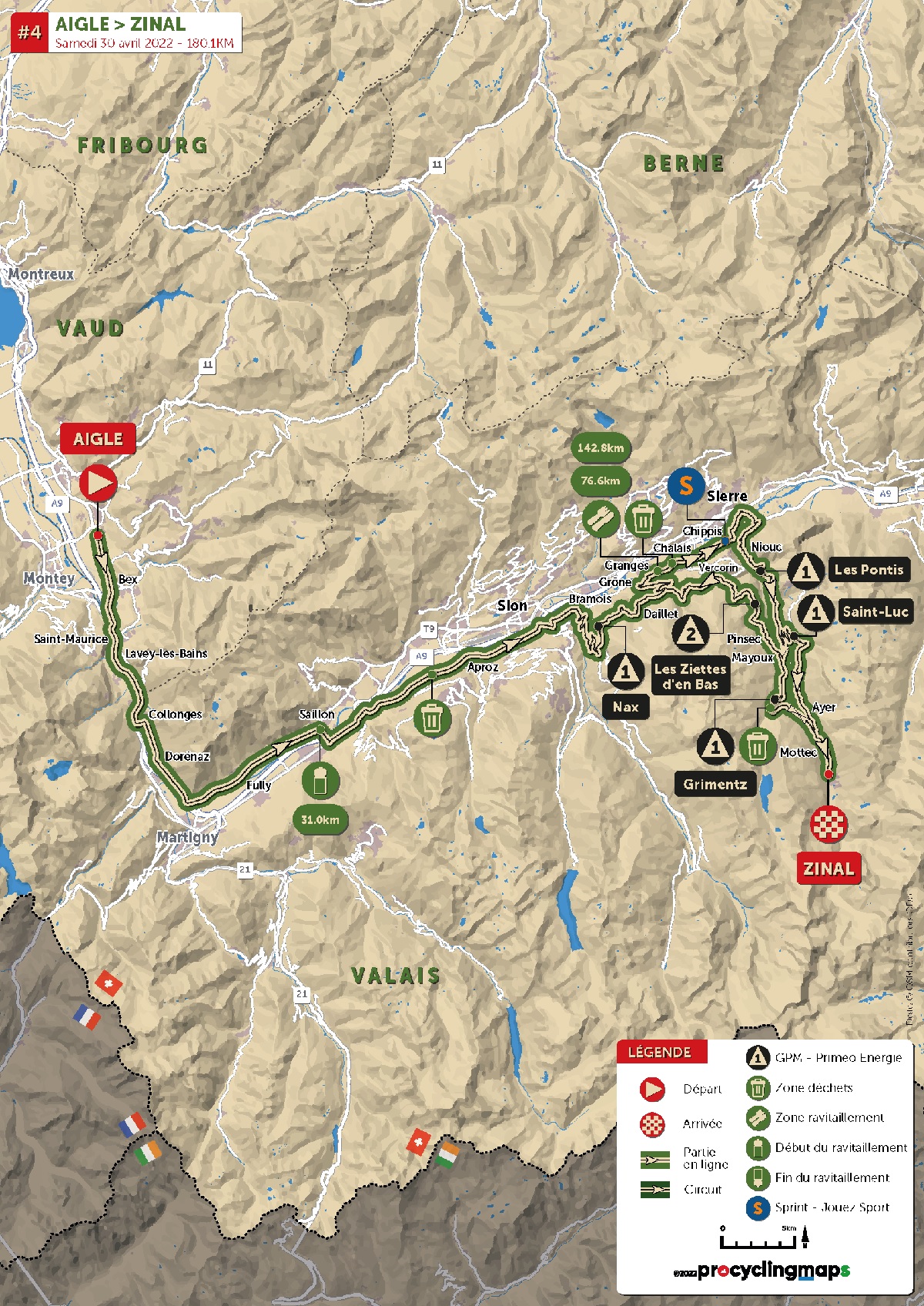 It should be a relatively moderate day in the valley, but up in the mountains the temperatures are expected to be quite low, close to the 0 degree mark.

A high mountain stage with a pan-flat start is far from the best combination for a breakaway to succeed. It does happen from time to time, so I wont’t say it’s impossible, but don’t expect a group too threatening to go up the road. The GC is up for grabs, there are several contenders and very strong teams fighting for the GC, so the pace will inevitably be very high throughout the climbs.

BORA – Aleksandr Vlasov, Sergio Higuita and Felix Grossschartner as contenders for the stage win. The Austrian doesn’t offer many guarantees, whilst Higuita has lost time in an early crash in the race, so Vlasov should on paper be the priority and after the results he has been racking up in the last few weeks he will with no doubt be one of the main favourites for the stage win.

Bahrain – Damiano Caruso has came off a win at the Giro di Sicilia and is a good card for such a mountainous stage, after the Giro d’Italia that he’s shown last year. With an in-form Dylan Teuns – who has won Flèche Wallone and a stage here already – and Gino Mader as cards for Bahrain, they will be able to match BORA, and perhaps make good use of that collective power.

Rohan Dennis – On his best day he is an amazing climber. With Steven Kruijswijk and Sepp Kuss in support, Dennis won’t be alone and at this point is has become clear that he’s the leader. It should be a climb suited to him without sections that are too steep, and with a lead he will be motivated to defend it – although being in the lead may dictate a big issue for him if he lacks teammates.

Geraint Thomas – The defending champion has so far shown very good form, coming in fourth in the prologue, and showing good legs today covering moves. He should be able to ride with the best, and will be a card for the win. INEOS also have Luke Plapp who comes as one of the biggest wildcards, and team’s best positioned rider after Thomas’ 20-second penalization.

Brandon McNulty & Juan Ayuso – McNulty has perhaps not looked his best, but with the form he’s shown this year he cannot be counted out. Marc Hirschi shouldn’t be able to resist the climbs however he’s a wildcard for the day, and Juan Ayuso I wouldn’t call a wildcard but a real contender after riding with the best in similar terrain in Catalunya.

Israel come with a wide list of outsiders. Although not a climber, Patrick Bevin is on stellar form, big motivation and little pressure. After his win in Turkey some weeks ago, and with a climb that suits his abilities, he will be a wildcard for the stage win – alongside teammates Michael Woods and Jakob Fuglsang. From teams with more than one card you find Groupama with Thibaut Pinot, Rudy Molard and Sebastien Reichenbach, and Movistar with Einer Rubio and Carlos Verona.

As for individual leaders, the likes of Neilson Powless, Steff Cras and Andreas Leknessund must also be taken into consideration.

#187 Pau Miquel – Ideally we can get José Felix or Francisco in the breakaway, they can perhaps ambition some results or a KOM jersey. Your job will be to help them get in the front, do whatever it takes to make sure we’re in a good position.

#33 Hermann Pernsteiner – We’ve got Damiano, Dylan and Gino here, so there won’t be much room to play in terms of risks. We have three cards to play, the gaps are small and this is the one mountainous stage of the race, so we have to make sure we protect all three because it is uncertain who can perform the best. You have the form, and I expect the legs to survive all the way into the final climb, so the job is to protect the guys, make sure they enter the descents and bottom of the climbs well positioned.

#73 Josef Cerny – The job is mostly done for the race, the stages that are good for you are behind us. I want you to get water and help in positioning for Cattaneo towards the opening climbs of the day, but when things get tough you can slip into the gru+etto and head into the finish with them. 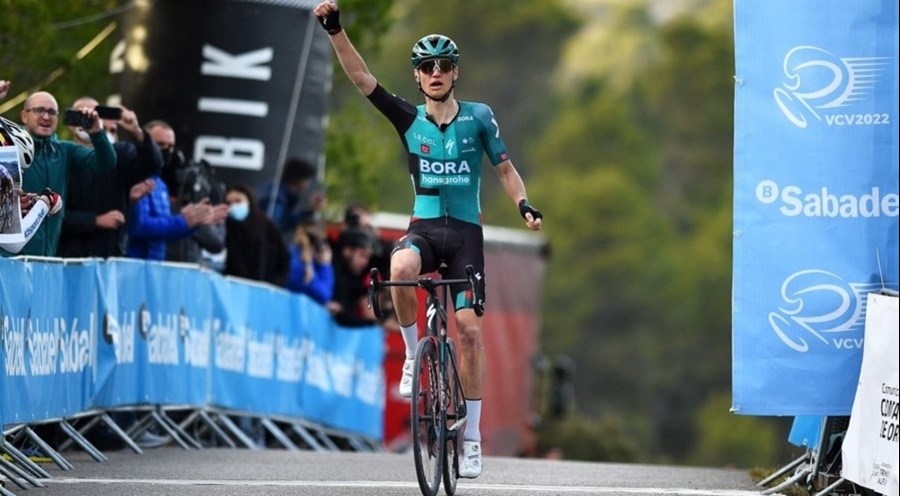 I think the signs on Aleksandr Vlasov are very clear. The competition isn’t as weak as some argue, however Vlasov is in an incredible level this spring and despite the final climb not being too selective, BORA have the numbers and they’ll be able to use that in Vlasov’s support.

Tomorrow’s race has prizes of at least €300 and an entry fee of only €5. Make good use of your knowledge!  https://zweeler.com/game/cycling/FantasyTourdeRomandie2022stage4/main.php?ref=790