The queen stage of the Tour de Romandie saw a very controlled peloton throughout the whole day. As Rohan Dennis and Jumbo-Visma managed to control all attacks, the stage was to be decided in a sprint between the GC contenders, and Sergio Higuita was the fastest in the run-up to Zinal. He beat his own teammate Aleksandr Vlasov and Juan Ayuso at the finish. 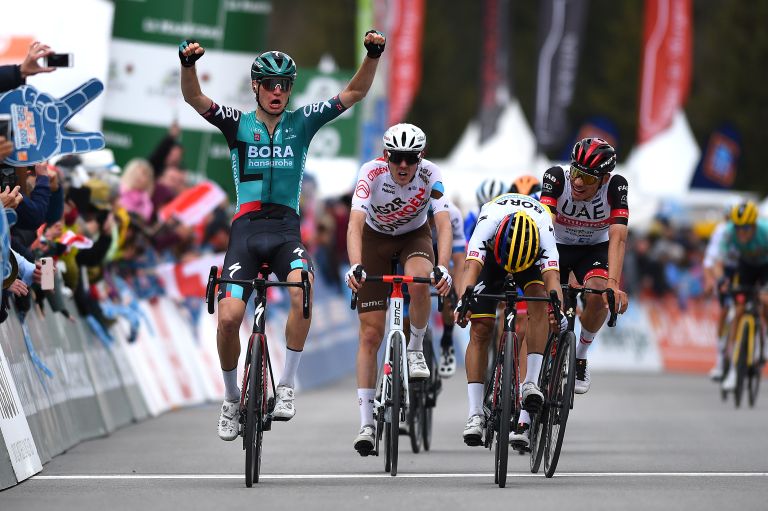 Negative: Geraint Thomas and Dylan Teuns between the stage favourites that were taken out of contention.

The final challenge. There is nothing tricky about this time-trial, it starts in the World Cycling Center and goes into the center of Aigle before the climb that will be the crucial point of this time-trial. 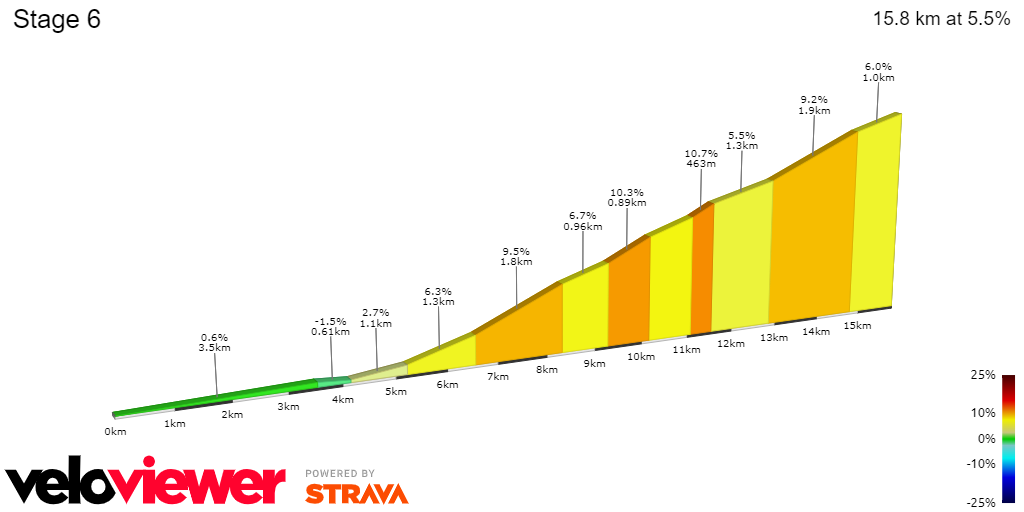 It is 10.2 kilometers long at 8%, a relatively constant climb in which some impressive climbing performances are to be expected. Serious differences can be made, taking into account that the race doesn’t feature that many decisive days where gaps can be made. 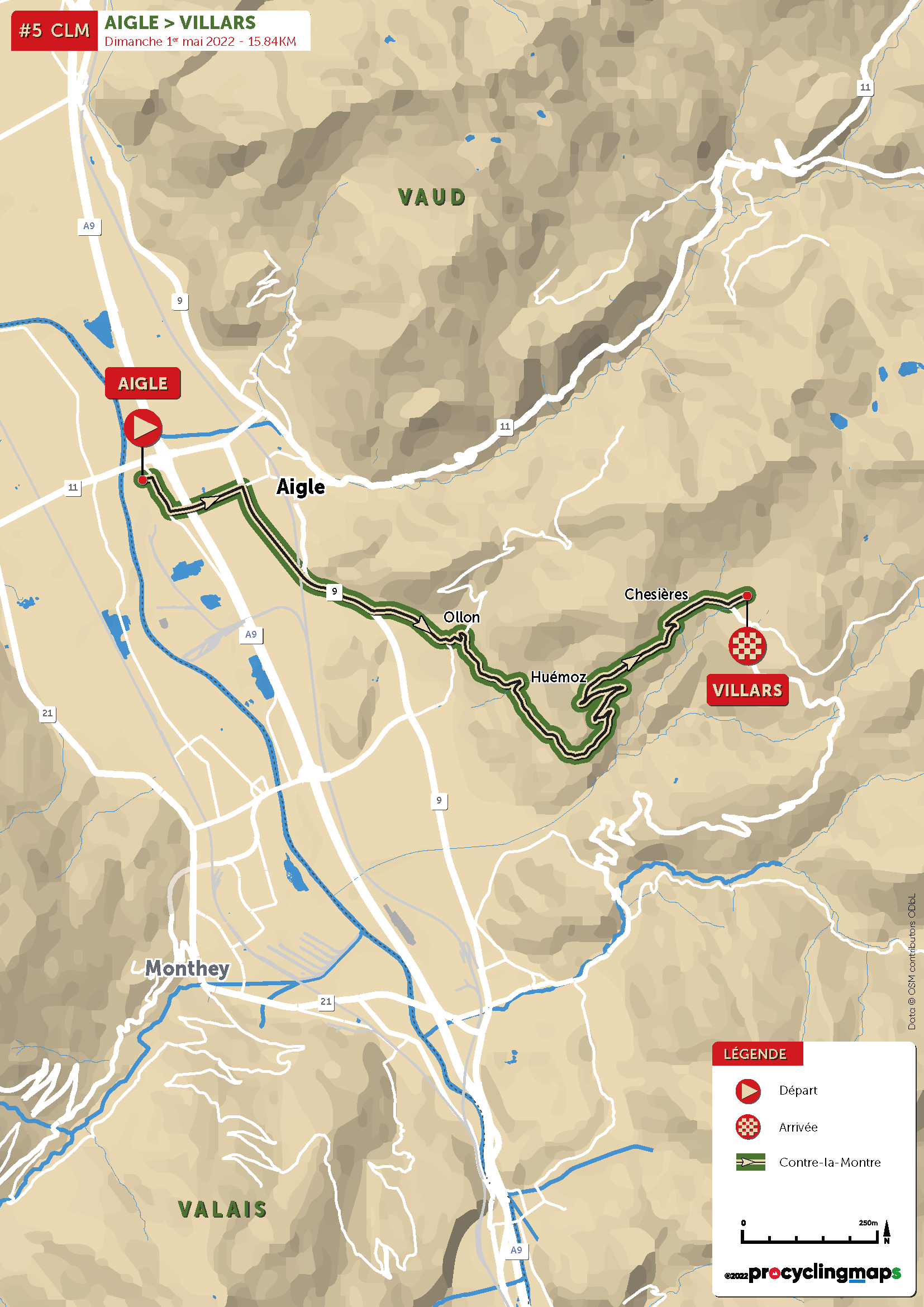 Normal temperatures, and no wind expected.

Aleksandr Vlasov & Sergio Higuita – Vlasov looked strong again today, and will be seeking that general classification win – in my opinion, the strongest climber in the race. As for Sergio Higuita he’s gotten his win today, but for sure he’ll be a card to play tomorrow aswell.

Rohan Dennis – A big engine, the opening kilometers will be good for him, and I think it’s clear that his climbing skills are also on point, it won’t be easy to dislodge him.

Juan Ayuso – It’s only his second time-trial as a professional so it’s hard to gauge how he’ll do, however the indications in the prologue were good and he’s clearly got the form.

Ben O’Connor – The Australian has held steady so far, siths fourth in the GC and is still within range of the race win.

Luke Plapp & Geraint Thomas – From Thomas I wouldn’t expect much, however I leave the possibility of today having been a bad day. In TT’s Thomas usually does quite good, and tomorrow is a good day for him. On Luke Plapp I’d deposit more trust, also a great engine for such a stage.

In the leading group today the likes of Thibaut Pinot, Sebastien Reichenbach, Michael Woods, Gino Mader and Simon Geschke were all present so I’d expect a good performance from them tomorrow again, although none are particularly fond of TT’s. Movistar duo Carlos Verona and Einer Rubio also has the potential to do quite good.

As for other outsiders, Damiano Caruso can be considered. Jumbo duo Steven Kruijswijk and Sepp Kuss also rode a very strong stage today, and without the results because of their work, they can be quite a surprise tomorrow.

I’ll repeat my claim, I think Aleksandr Vlasov is the strongest climber of the day and he will get a win. I think however that Rohan Dennis is very much capable of keeping the race lead, and perhaps fight for the stage win.

Tomorrow’s race has prizes of at least €400 and an entry fee of only €5. Make good use of your knowledge!