Welcome to the first stage race of the season. Due to the cancellation of other races, Bessèges now boasts a start list stronger than the race has ever seen for many a year. Time to look at the stages.

The race begins with a nasty uphill sprint. With bonus seconds available on the line, every stage will be important in the battle for the overall.

This will be a big sprint.

With lots of climbing early in the day, this stage has the potential to be quite important. On paper it should really be another sprint, but we’ll have to see how controlled the day is.

Another tough looking uphill sprint, and just look at all the bonus seconds available throughout the stage. 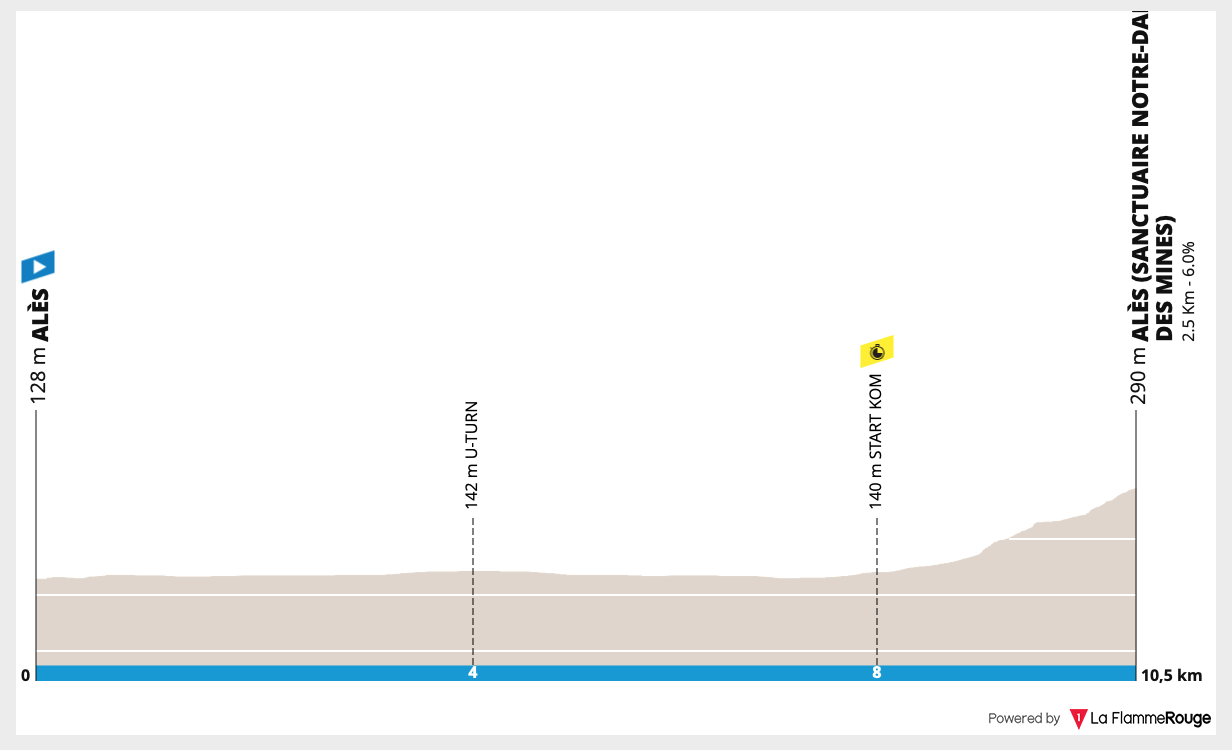 The usual TT to finish the race. We have 8km of flat, then a tough 2.5km climb. Full gas!

This race is usually a battle between the TT riders and those who can pick up bonus seconds in the other stages. On a very good day, it’s possible to put 15-30 seconds into rivals during the TT, which is usually needed as fast men can collect a lot of bonus seconds in the opening four stages. The presence of Ineos means that the race is likely to be structured and controlled, I doubt we’ll see any surprises in the sprint stages, but stage 4 has the potential to be a little wild.

For this race we’re joined by Michael Valgren of EF – Education Nippo.

What are your early impressions of your new team?

“It’s been so easy to become a part of this team. Just a few days after the Vuelta I received two bikes already, had conversations with Andreas Klier about material, with Matti B as well. So I’ve just been welcomed really well and the organization behind the team is working so professionally, and finally last week I got to meet my new teammates and we had an awesome camp.”

You raced Bessèges last year, and a few of the stages are the same. How hard is the kicker at the end of stage 1?

“I remember it as a pretty hard race actually. The last kicker of the first stage is intense, I think it’s around one-minute abloc(full gas) so that’s tough!“

How do you approach the TT?

“It’s all about saving for the last climb but without losing time before the climb! The last climb is super tough and it’s just 5 minutes of suffer mode! Pain all up to your ears.”

We have two uphill sprints, two flat sprints and a TT. What type of rider will win the race?

“It’s a pretty open race but I think an all-rounder will win overall. I do think the TT is the most important day for the GC.”

Have you been able to ride much on your new TT bike?

“I actually did two hours on Sunday, otherwise it’s just a few short rides at the camp where I did some testing on the position, etc. So not much really, but I hope to do a good TT the last day to finish off strong!”

What are your expectations for this race?

“I expect an open race, a very uncontrolled race. I also think it will be really fast, hard and tough. I hope we can show our lovely new pink Rapha jersey.”

Mads Pedersen – this is a perfect race for him. He’s fast enough to win the sprint stages, both the flat and uphill ones, and he can shift on the TT bike too, beating him is going to be very difficult. He probably would have preferred a flat TT, but if he starts the final stage with a big enough gap he’ll be able to hold on for the win. Trek-Segafredo arrive with a very strong team to help support him, but expect Mollema to also have protected status.

Ineos – Bernal starts his season here, but I doubt he’ll be targeting the GC. Now, they obviously bring Ganna with them, and with much of the race hinging on the TT he’ll be one of the main men in the race. The problem for the Italian is that he had to self-isolate for three weeks back in November, after testing positive for COVID-19. I don’t know what impact this will have had on his current shape, but it’s certainly not ideal preparation. If he is near his best, it will be very hard to beat him. Also in the team are Geraint Thomas and Michal Kwiatkowski, but predicting when these two are in form has proven quite difficult over the last two years. Both have the attributes to win this race, but it all depends on current shape and team tactics.

Alberto Bettiol – the Italian was second here in 2020, winning the TT along the way. To finish on the podium this year he’ll need to try and get in the mix in the uphill sprints, which could be a problem. Bettiol is quite fast, but doesn’t have the punch required to challenge the faster riders at this race, and we can’t forget our good friend Michael Valgren. Hopefully the great Dane gets a little freedom as he can sprint well in uphill finishes.

Tim Wellens – started off his season with a big attack in Marseille, but the headwind killed off his hopes of escaping the pack. This is a race that suits him well, as he has the sprint required to challenge for bonus seconds in the uphill sprints, and he’ll post a good time in the TT. Wellens is a little underrated as a TT rider, he is more than capable of challenging for the win over 10.5km, especially with a punchy climb at the end. Given the way he normally starts each season, Wellens is one of the big favourites for the overall win.

Felix Großschartner – the Austrian is a rider I’ve enjoyed watching progress over the last few years. His 9th place in the Vuelta was a brilliant result and shows he’s capable of climbing with the very best. Now, this race doesn’t have any mountains, but Felix has also shown he has a very fast finish, particularly when the road kicks up. Think back to Burgos, he was the man who burst from the peloton to take the opening stage. He’ll be looking forward to both uphill finishes, sensing a chance to take a stage win and put himself in a good overall position. He is good on his TT bike, but I would expect him to lose time to the pure specialists, but will he start with enough of a gap to hold on?

With doubts over Ganna’s shape, I’ll go for Mads Pedersen to take the win. His ability to collect bonus seconds in the opening four stages puts him a big advantage over his rivals. If he starts the TT with a gap of over 20 seconds, he’ll win the overall.