The Tour might just be finished, but it’s time for the Giro.

Having the race in October will clearly have a huge impact on the race, especially the mountain stages in the final week. With snow already falling, we’ll have to see if those stages go ahead as planned, keep your fingers crossed. Over the course of the three weeks we are bound to get bad weather, this will make the race harder, it won’t be for the weak of mind. 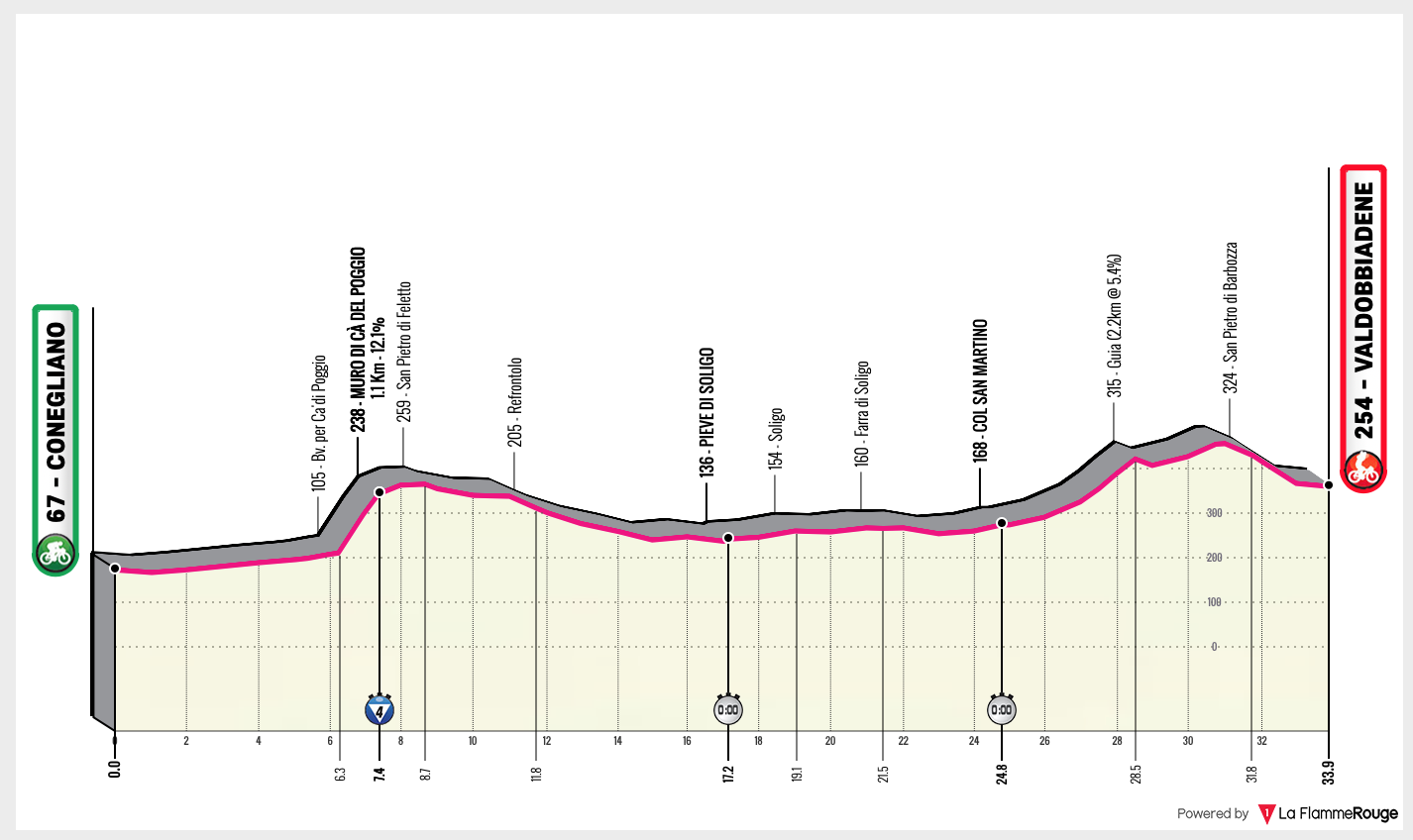 A long TT which will hurt some of the GC riders, but should be very good for Geraint Thomas. The Welshman should be in pink after the stage and Ineos can then ride a defensive race. 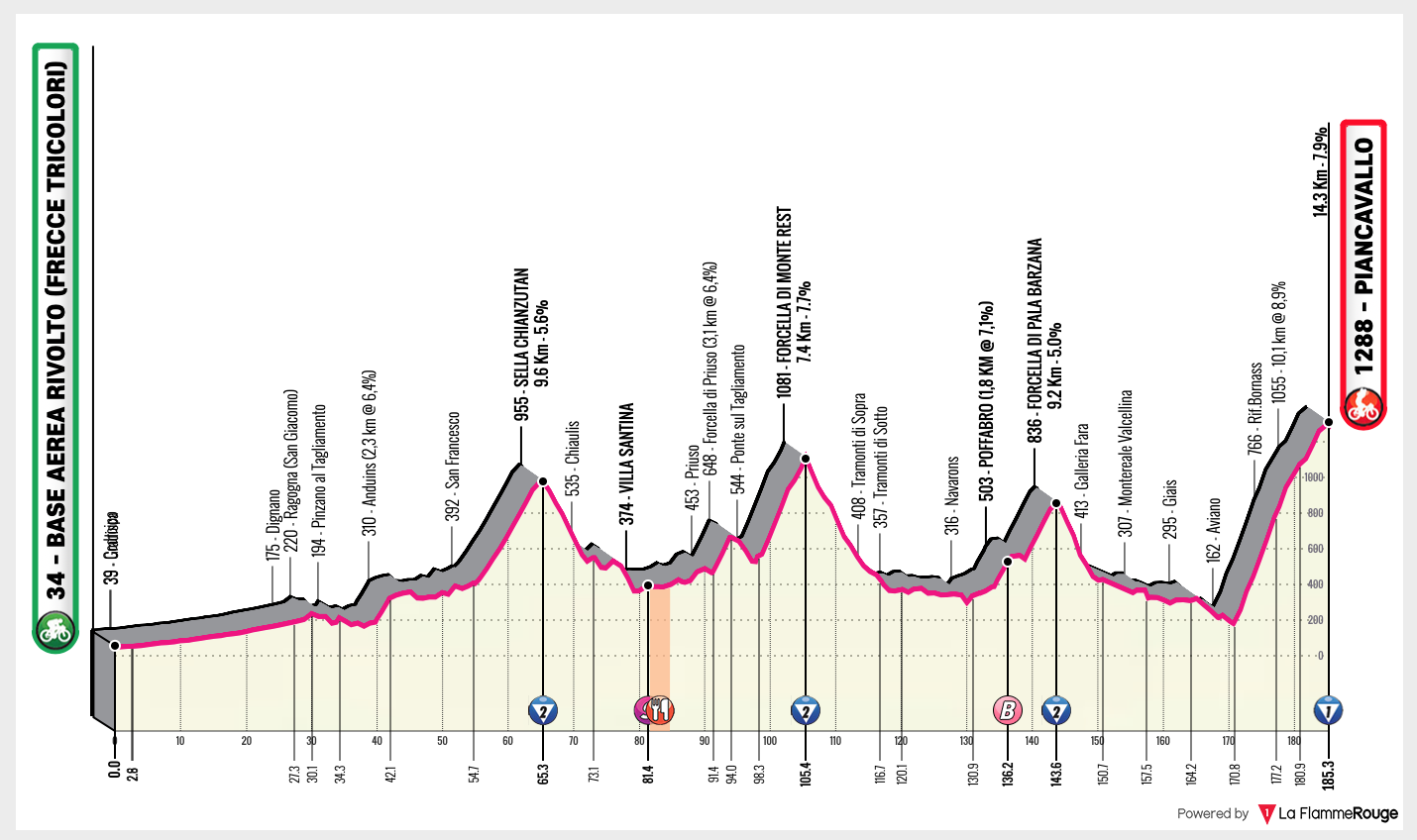 The next day and a big one in the mountains. The final climb is long and demanding. 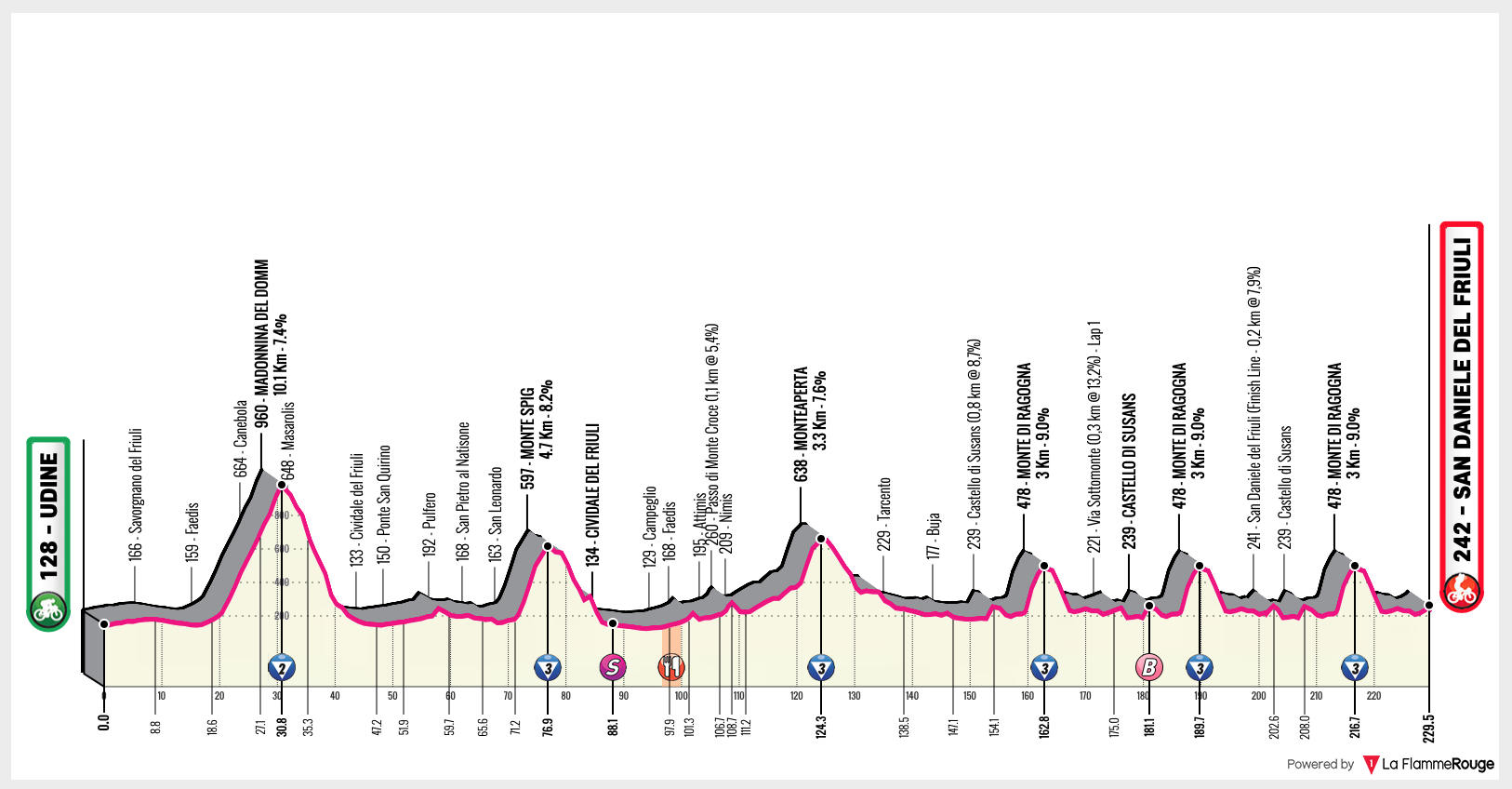 It might only be a medium mountain stage, but this is a tough one. GC riders like Fuglsang and Yates could do some serious damage on the final climb. 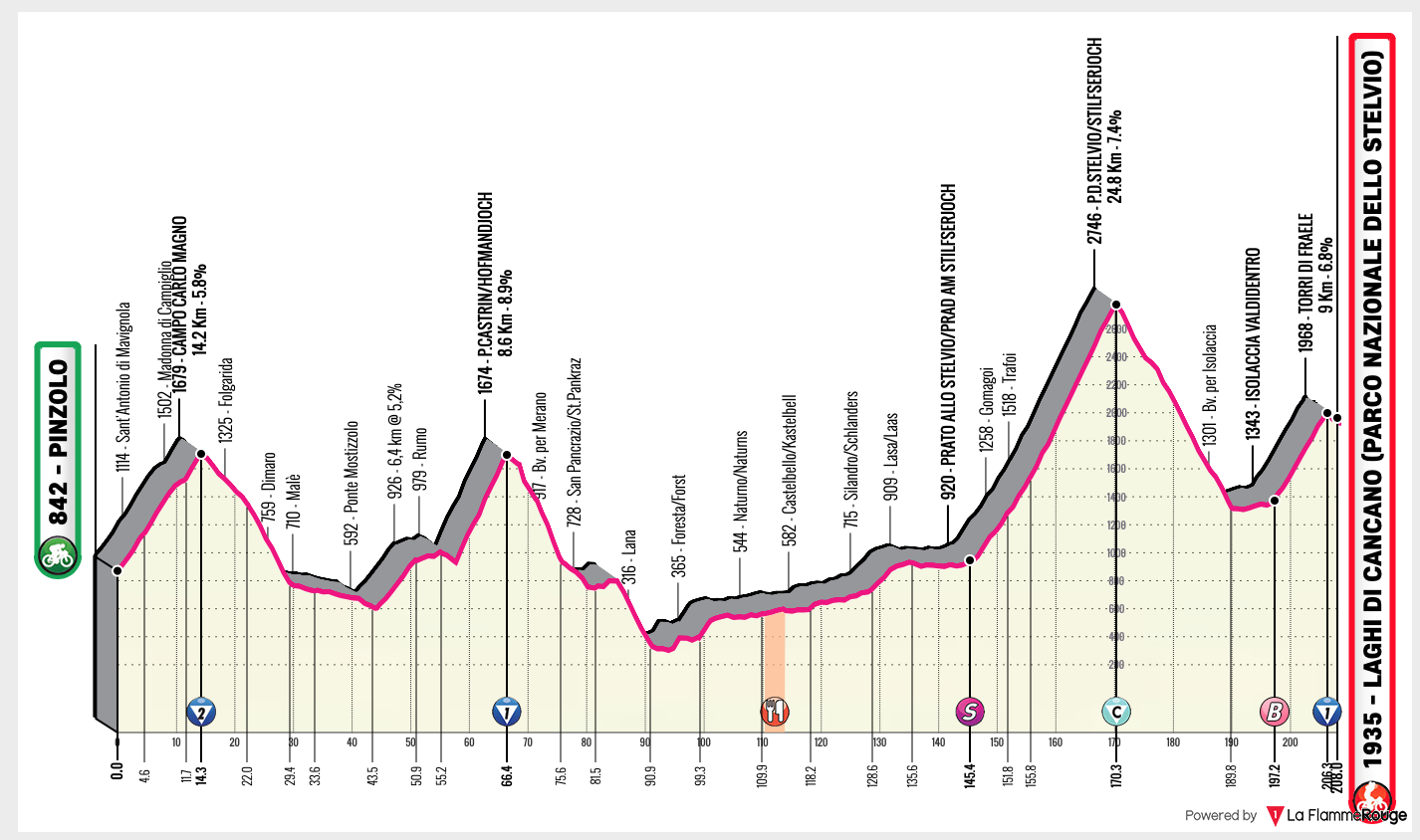 The Stelvio, that is all. 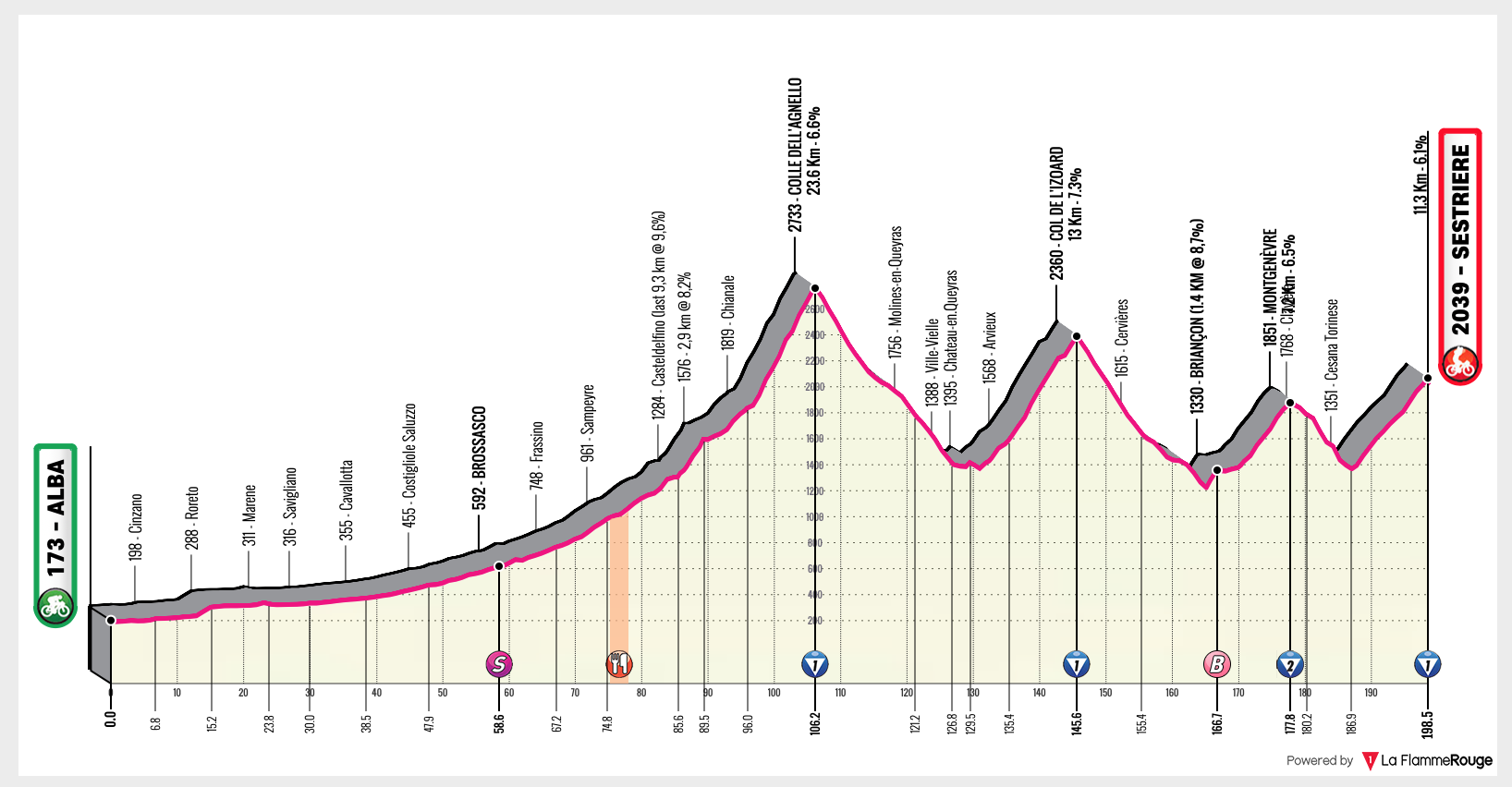 The final mountain stage and the pink jersey will hopefully still be in the balance. This one looks brutal to me.

Simon Yates – won Tirreno, a very important test of current form. After blowing spectacular back in 2018, Yates will be determined to put that to bed. He won the Vuelta in 2018, but last year was a disappointment, despite two wins in the Tour. Yates is without doubt one of the best climbers in the world, this is a big chance to win his second grand tour.

Geraint Thomas – after not getting selected for the Tour, he responded in the right fashion, by knuckling down and performing well in Tirreno. Given the amount of TT kilometres, Thomas will have a great chance of winning the pink jersey. Tirreno showed that Yates was climbing better than him, but Thomas will hope to close that gap and get back to his 2018 form.

Jakob Fuglsang – current form is very good, but he never seems able to perform in a grand tour. I sense this will be his last roll of the dice, if it doesn’t happen this year he’ll turn his focus away from three-week races. Astana have a very strong team, he’ll have Vlasov and López to help deep into the mountain stages. Coming from Denmark, you would expect him to cope well with the bad weather, but that isn’t guaranteed.

Steven Kruijswijk – crashed hard in the Dauphiné, which stopped him from riding the Tour. How he goes well depend on how long he was off the bike due to his crash. The Dutch climber has unfinished business with this race, it’s really good to see him back. Kruijswijk is  a very consistent rider, and he’ll love the look of the demanding mountain stages.

Vincenzo Nibali – he’s been gradually building his form ahead of this race. Nibali has never been one to get worried about his form, he’s far too experienced for that. This has been his number one target since the restart, the rest of the races was just about preparation. I think he has a good chance of the podium, but winning another pink jersey will be very difficult.

This looks like an old school grand tour to me, especially given the amount of TT kilometres. This gives Thomas an advantage, but I think that Simon Yates will be too strong in the mountains, and he’ll put the ghost of 2018 to bed.