Are you ready for the first grand tour of the year? RCS have done a great job, the route of the 2021 Giro d’Italia looks amazing. With something for everyone, this race promises to keep us entertained all the way to Milan. 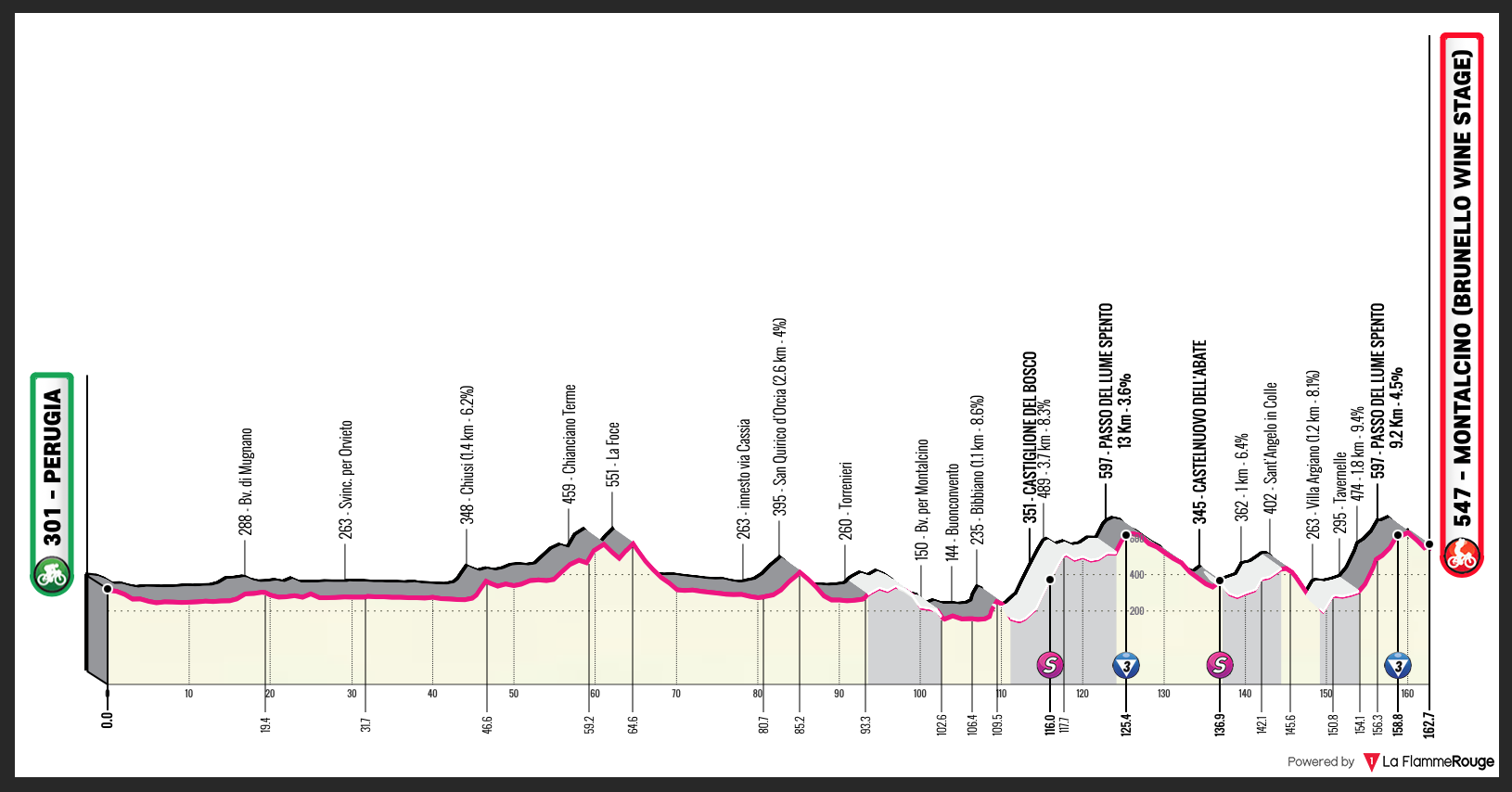 The Strade Bianche stage. We have over 30km of white roads, and with everyone remembering back to that iconic stage in 2010, I wonder what this year will bring. You won’t win the Giro here, but someone will likely lose it. 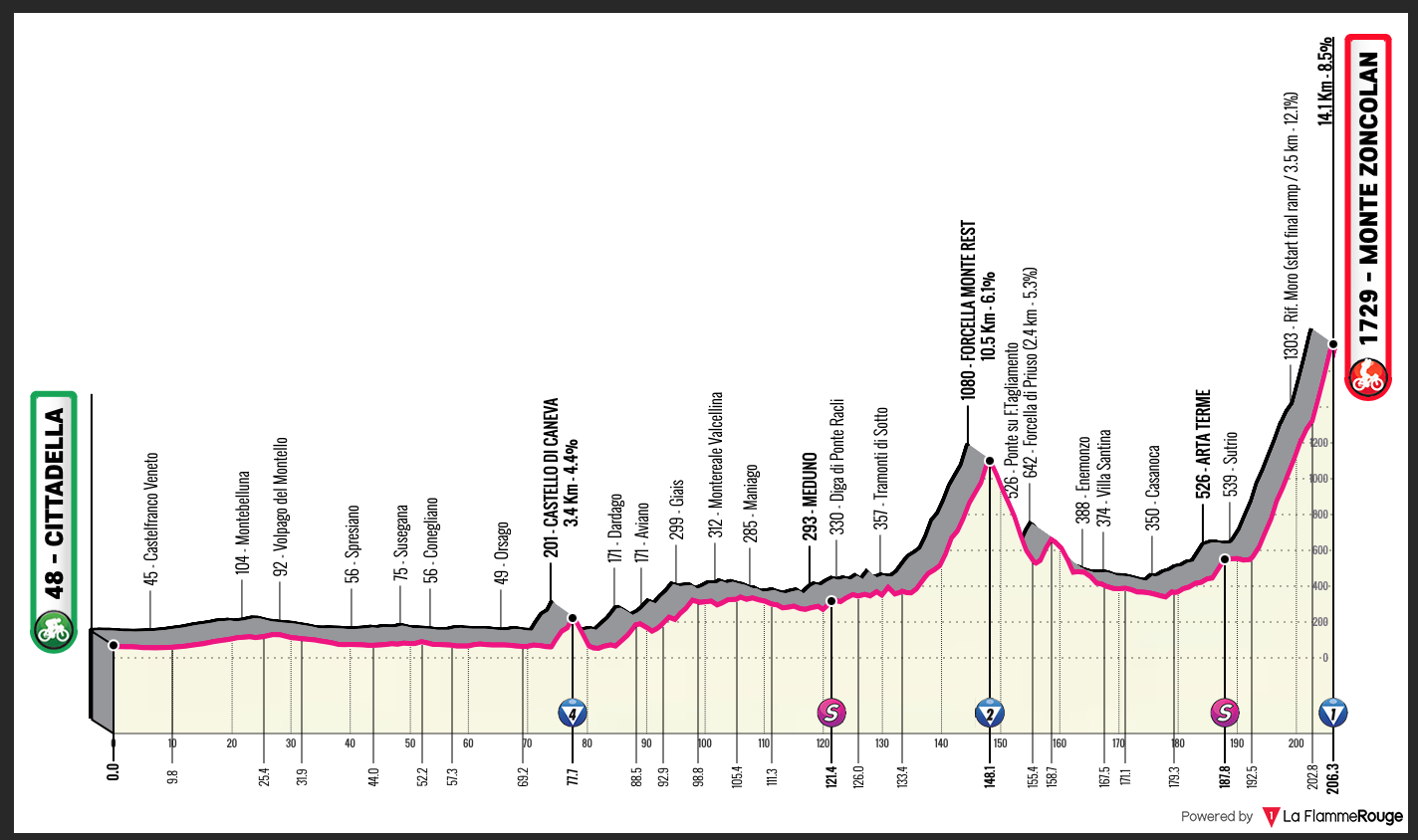 Monte Zoncolan. No words are needed. 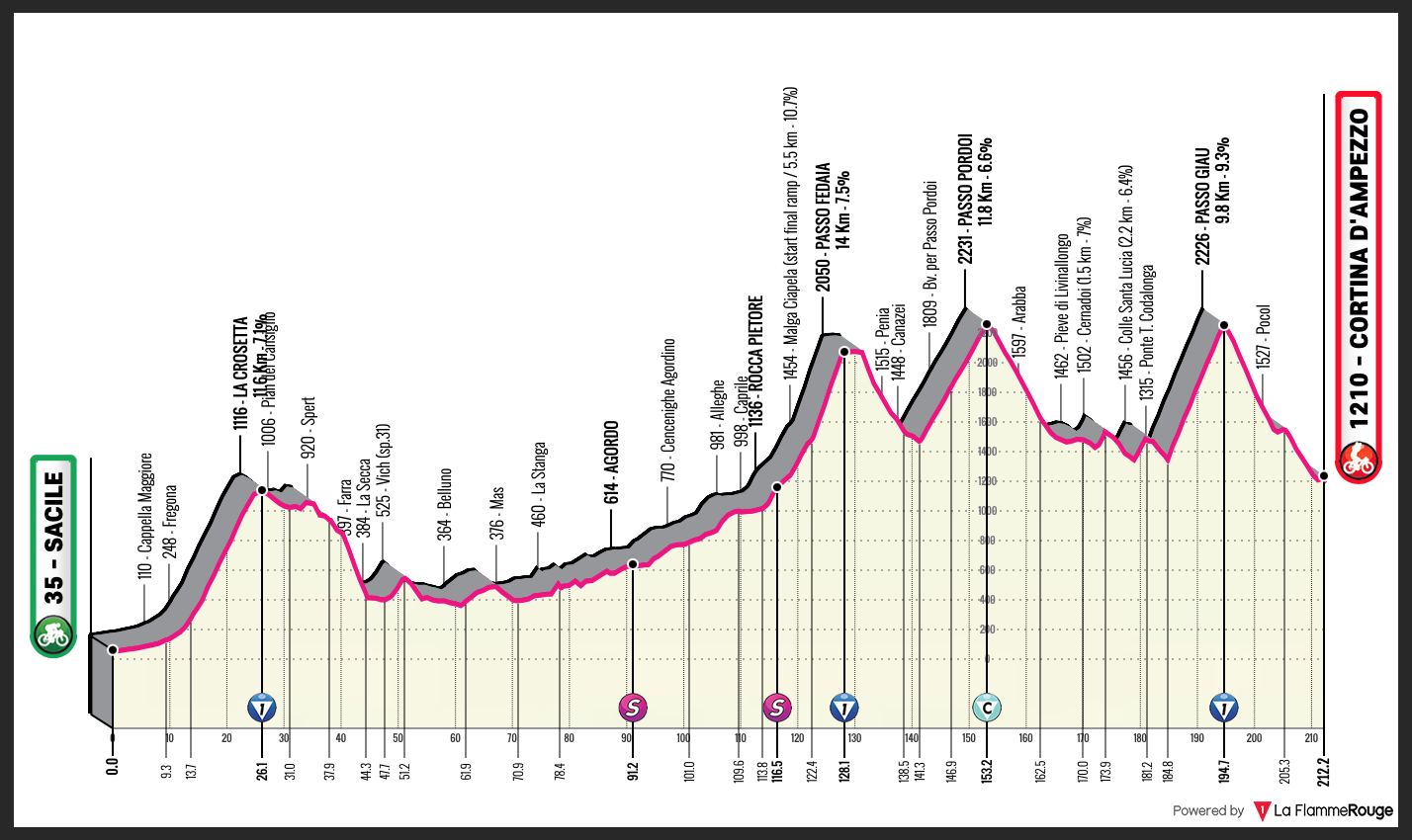 A huge stage. Not only is it the hardest stage in the race, but it’s likely to be the hardest stage in any race in 2021. The riders are faced with 5294m of climbing, including the Passo Pordoi and the Passo Giau, before a crazy descent down to the finishing line. This stage will go a long way to deciding who wins the pink jersey. 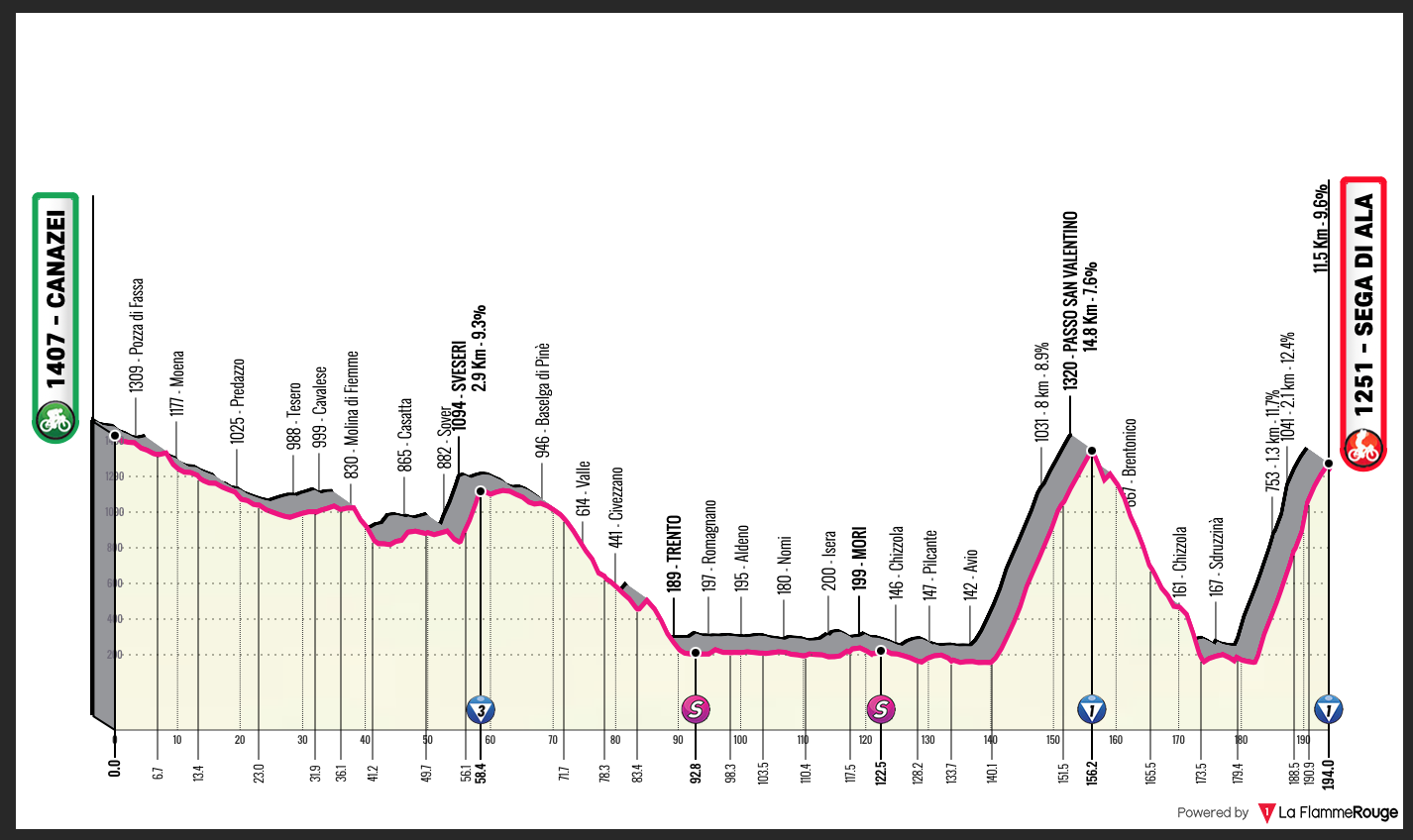 Coming after the second rest day we have a mountaintop finish. Sega di Ala is very steep, this is another big day. 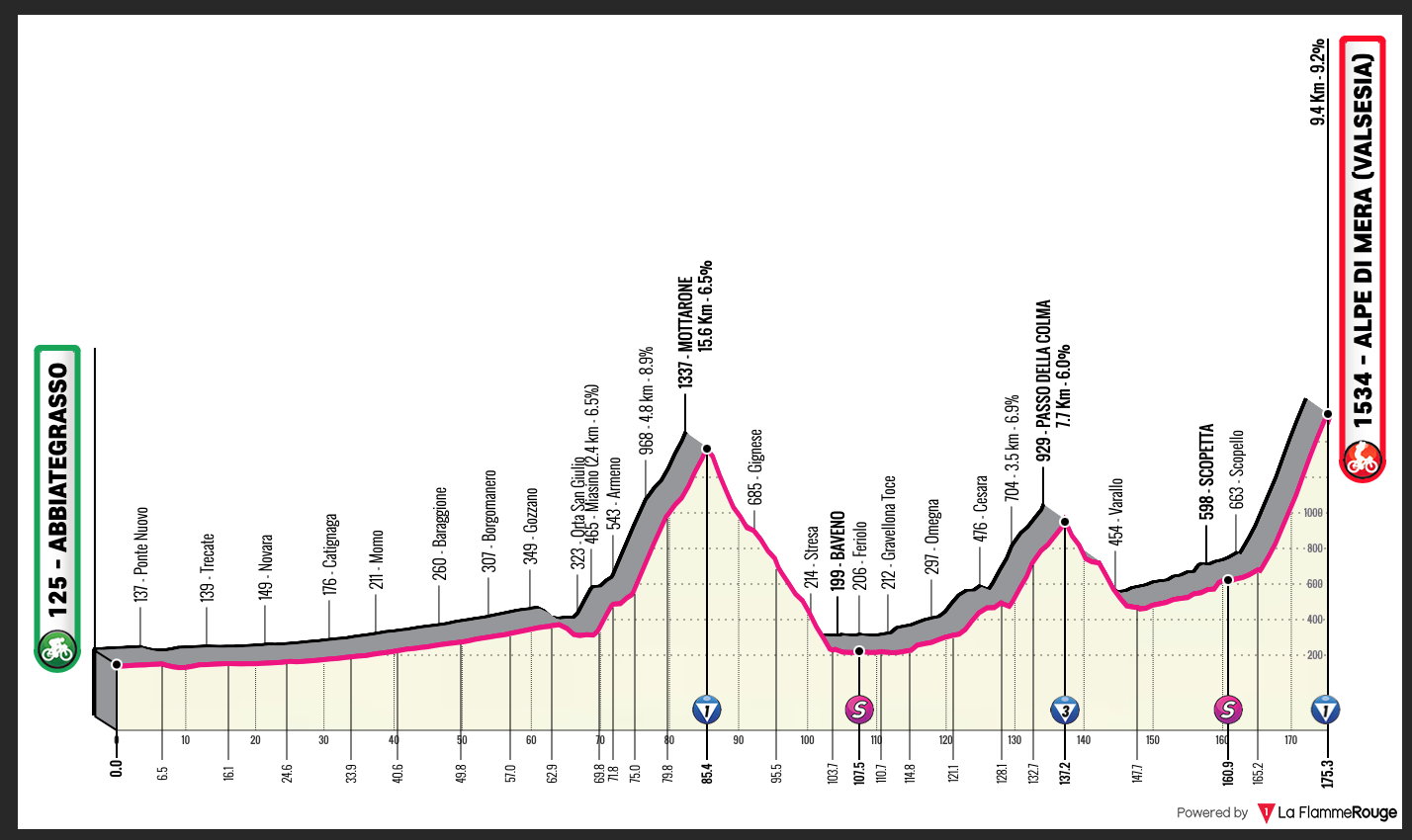 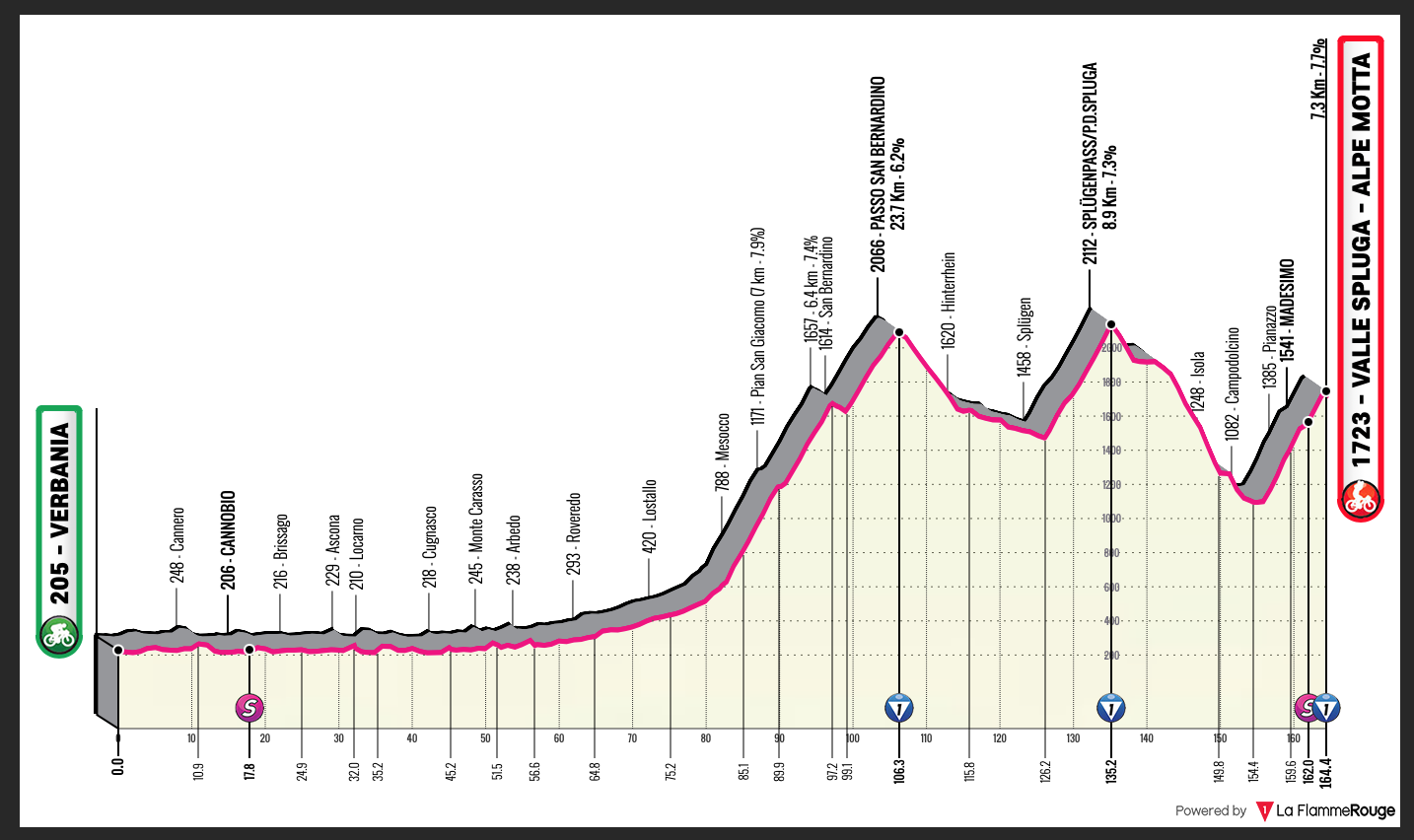 A big day in the Alps as the race nears its conclusion. On paper Valle Spluga – Alpe Motta isn’t the hardest climb in the world but coming at the end of such a tough race it will feel like Everest. 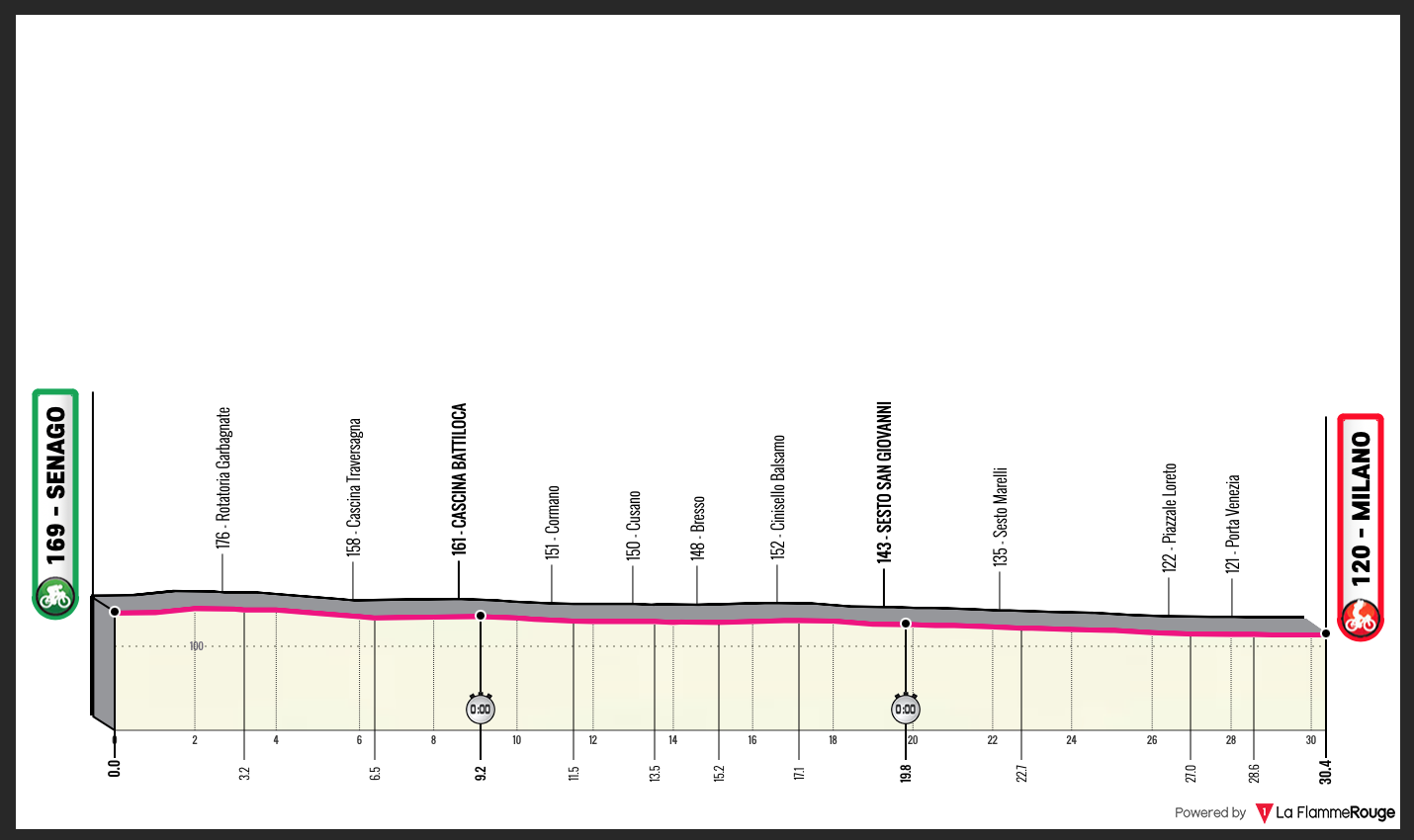 The race ends with a flat 30km ITT, where some riders can take a lot of time. Hearts can be broken in this stage.

The fast men will be looking forward to stages 2, 5, 7, 10 and 13, and some will make the finish on stage 3. The standout sprinter in the race is Caleb Ewan, he should be winning most of these stages, but he might not get it all his own way. I’m delighted to see Dylan Groenewegen at the race, but will he be sprinting after such a long time out? If not, the team also have David Dekker with them. We’ve already seen how good the youngster is, this is an important part of his development, but also a chance to take a big win.

Tim Merlier is another who rides his first grand tour, he’s one of the fastest riders in the peloton, he’ll be hoping to grab a stage win. UAE arrive with Fernando Gaviria, he’s had a disappointing season, he really needs a win. Also looking to get in the mix will be Peter Sagan, he looked very strong in Romandie, but does he have the speed to win a big sprint? Elia Viviani does have the speed, but he’s another who could really do with a win. The last of the sprinters is Giacomo Nizzolo. With most of the fast men likely to leave the race after stage 13, he’ll sense a chance of winning the Maglia Ciclamino, it’ll likely be him versus Sagan.

Who is going to boss the mountain stages? Last year it was Team Sunweb (now DSM) who stepped up and dominated. Let’s be honest, that was a massive surprise, I’m not sure it happens again. Ineos arrive with a strong team, they have the riders to control the mountain stages and crucially could have multiple options in the finale of the big stages. Bahrain is another team who look nice and strong to me, they will also have multiple riders left in the front group in the important stages. Mäder, Caruso, Bilbao and Landa are all very good climbers, can Bahrain do an Ineos?

Deceuninck – Quick Step are the other team who look impressive. Obviously, there are many questions surrounding Remco, we won’t know the answers until the racing gets started. They also bring Masnada, Almeida and Knox to the race, this gives them multiple options to play with, they don’t have to rely on Remco. All three of these teams look very strong to me, it will be fascinating to see how they approach the big mountains stages.

Ineos – are they going all in for Bernal? Rumours continue to circulate about his back injury, but he wouldn’t be riding this race if his bosses didn’t think he could win. When he won the Tour de France in 2019 most of us thought it was the start of him dominating cycling for years to come, but it’s not worked out that way. When fully fit he is an incredible climber, one of the best in the world, Ineos will hope he doesn’t have any issues with his back during the race. They also have Pavel Sivakov in the team, another very talented climber. He has the ability to win a grand tour, but will he get the freedom this year? The road will decide what happens, but Ineos will be challenging for the win.

Deceuninck – Quick Step – Remco hasn’t raced since that awful crash in Il Lombardia back in August of 2020. Is it possible for a cyclist to win the Giro after so long out? The answer would normally be no, but this is Remco we’re talking about. If anyone can do it, it’s him, but there won’t be any pressure on him. The team also have Almeida who came very close to winning last year. He’s still just 22, I had to double check that as it surprised me. Last year he suffered in the high mountains, but he should be better this year. If he can hang tough, he knows the final TT is good for him to claim some time back. The wolfpack look strong to me.

Bahrain – Landa will be the leader, with Bilbao as a strong back up. The final TT is terrible for Landa, can he take a big enough lead into it? The rest of the route is perfect for the Basque climber, he should be challenging for stage wins and looking to test the other favourites in the mountains. Bilbao looked very good in the Tour of the Alps, and he can TT well. Having two riders high on GC will give them options, this is crucial considering the strength of Ineos and Quick Step.

Trek – Segafredo – the big news is that Nibali will race, despite a recent operation on a broken wrist. He will be supported by Ciccone and Mollema, but will he be competitive? The good news for Nibali is the relatively easy start to the race, he has time to ride into some form. Last year seemed to be his big chance to win another pink jersey, but he came up short. He’s now up against a much stronger field, I don’t see him threatening.

Simon Yates – with so many questions surrounding Bernal and Evenepoel, he starts as many people’s favourite to win the race. He was flying in the Tour of the Alps, but can he hold this form all the way to Milan? He spectacularly blew back in 2018, but that doesn’t mean it will happen again. Yates has shown since then he has what it takes to win grand tours, he really is an amazing climber. I do have a worry about the strength of his team, he’s likely to be without support deep into the big mountain stages, which could be a problem against the likes of Ineos. Now 28 years old, Yates should be reaching his prime. Considering how strong he’s been in previous years that’s a scary thought.

Hugh Carthy – 3rd in last year’s Vuelta showed just what he’s capable of. This route looks a good one for him, especially as most of the big mountain stages feature climbs that are long and very steep. He’s shown that on climbs like the Mortirolo and Angliru that he’s one of the best in the world, the climbs in the final week are his style. Then we have the 30km TT in the final stage, this is where he can make a big move against most of his rivals. I think he can win this race.

Emanuel Buchmann – the silent assassin. He chose a different route into this race, favouring a stint at altitude instead of racing in the Alps or Romandie. This season he’s looked okay, but not yet back to his best. Remember he crashed hard in last year’s Dauphiné and struggled round the Tour de France. It seems to me that he’s taken longer than expected to get back to his best, but that could happen in the next three weeks. On his day he’s one of the best in the world, he’s a strong candidate for the pink jersey.

Alexander Vlasov – he had a sensational 2020 and this season has also been good with 2nd place in Paris-Nice and 3rd in the Alps. The Russian is a great climber, but I am a little worried about the strength of his team. He showed in last year’s Vuelta that he can climb with the very best, he’ll be hoping to win a stage and challenge for the overall podium.

Jai Hindley – 2nd last year, can he repeat that feat? He crashed in the Alps, not great preparation for this race. The rumours are saying that he’ll be leaving the team next year, will the team support him in this race or look to Romain Bardet? I don’t see him as a real contender for the race.

George Bennett – the Kiwi climber has lots of experience, this will be his 14th grand tour. He knows how to ride a three-week race, but can he challenge for the win? He was 8th back in 2018, he has what it takes to finish in the top 10, maybe even the top 5.

Dan Martin – 4th in last year’s Vuelta was a welcome return to form for him. The level at this race is likely to be very high, I’m not sure he’ll be able to challenge for the win. His current form looks good, I’d rather see him go for stages instead of trying to cling on to the top 10.

Marc Soler – looked good in Romandie, but this is a different level. He could finish in the top 10, but always strikes me as someone who’ll have a bad day in a three-week race.

Davide Formolo – once upon a time he was going to be the next big thing, but it just hasn’t happened. I remember his stage win back in 2015, it was a sensational performance. He finished 10th on GC in 2017 and 2018, but since then he’s rarely threatened to win the GC in a big race. He has the talent; can he eventually deliver?

Exceptional athletes can do exceptional things. Remco Evenepoel is going to win the Giro.