The Giro begins with an 8.6km ITT around the streets of Turin. This is going to be fast. 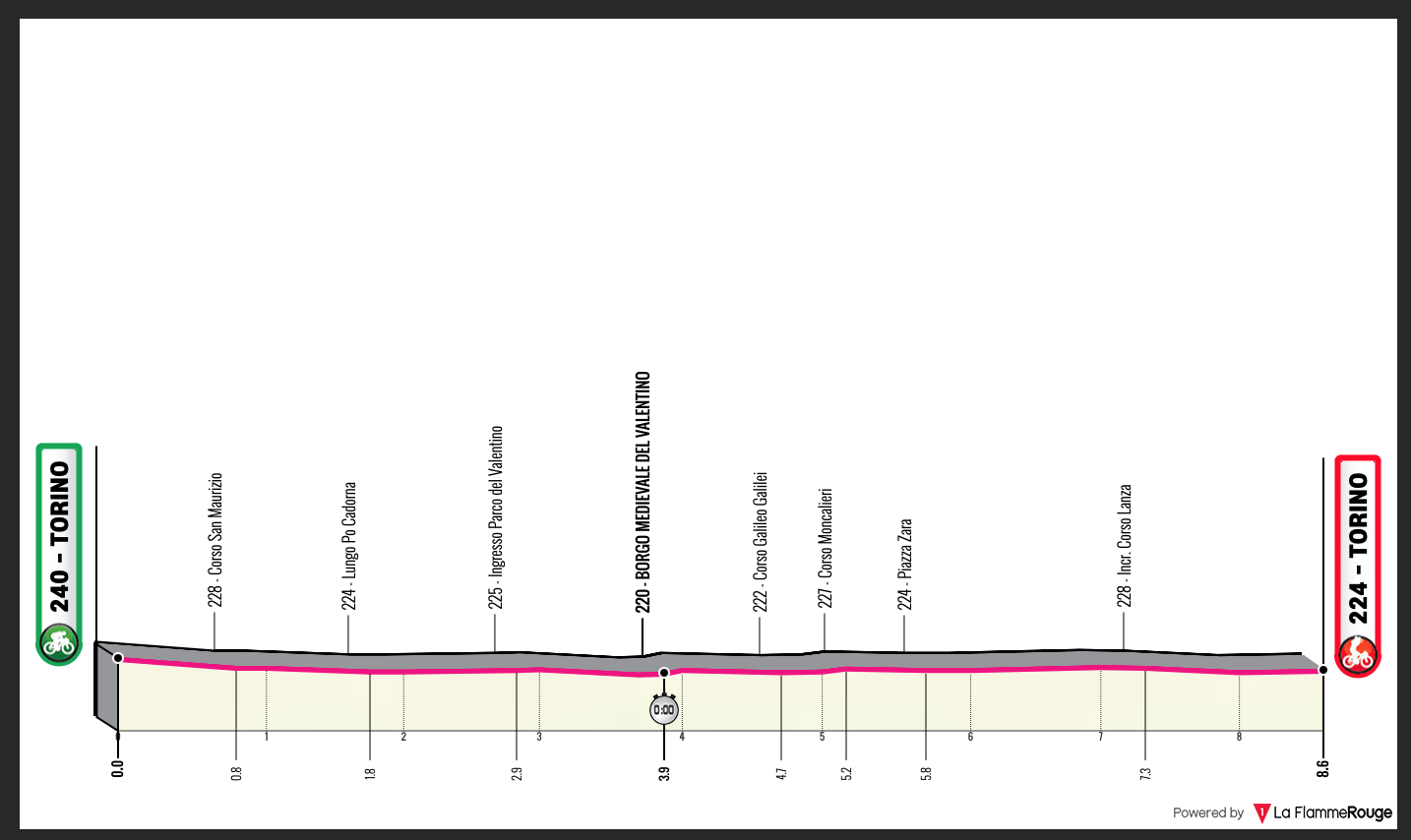 A lot of the route is downhill, and with only a few corners requiring the brakes, this is one for the powerhouses of the peloton.

The same conditions for everyone, no one will be fluking a win.

After a sensational first year in the sport, the big boss man has been drafted in by Deceuninck – Quick Step for his first grand tour. Time to meet the team:-

Objectives – as many stage wins as possible, annoy Ineos and win the pink jersey.

Remco Evenepoel – much has been said and written about the youngster racing the Giro, believe me, he’s not here to make up the numbers. Yes, he hasn’t raced since crashing in August, but with a large training block under his belt he’ll be ready to battle with the best. Remember that Remco isn’t just a brilliant climber, he’s also exceptional on his TT bike. In 2020 he raced in two TTs, winning both. Despite his lack of racing, this is a massive chance to claim a stage win in his very first grand tour outing, that would be pretty special.

Rémi Cavagna – the form pick. After second places in Paris-Nice and Catalunya, he eventually got his first big TT win in Romandie. The Frenchman is currently enjoying a purple period, and form counts for an awful lot in this sport. It wouldn’t surprise me to see him in pink at the end of the day.

Pippo Ganna – what’s going on with the big man? He ended 2020 in sensational form on his TT bike, he then started 2021 in a similar vein. It looked like we were all set for a long period of domination, but suddenly, he’s had a crisis of confidence and form. He was 3rd in Tirreno, beaten by Van Aert and Küng, but we put that down to a bad day. He was then 9th in the prologue in Romandie, but there was a tough climb in that one. Then he was 10th in the final TT, even though he had a dry run. No more excuses for Ganna, the signs are there for all to see. How does someone go from being untouchable to easily beaten in just a couple of months? Form is everything, and he doesn’t have it just now.

Paddy Bevin – always there or there abouts, he really is Mr Consistent on his TT bike. He’ll finish in the top 10, maybe the top 5 on a really good day.

João Almeida – can I call him the dark horse for the stage? Probably not considering he was 2nd in the opening TT last year and he’s finished in the top 10 in his last six TTs. He can really shift on his TT bike, but can he beat his teammates?

Victor Campenaerts – 2021 has seen him looking to try his hand in the classics, that experiment didn’t go too well. On his day he’s one of the best TT riders in the world, but that day seems to come around as often as a leap year.

Edoardo Affini – if you are looking for an upset, look no further. The Italian has always been a very strong TT rider, and now he’s with one of the best teams in the world. Jumbo-Visma’s move to Cervélo bikes has been successful, the new bike looks fast. Affini can surprise, you have been warned.

Remco Evenepoel will take the pink jersey, good luck taking it off him.