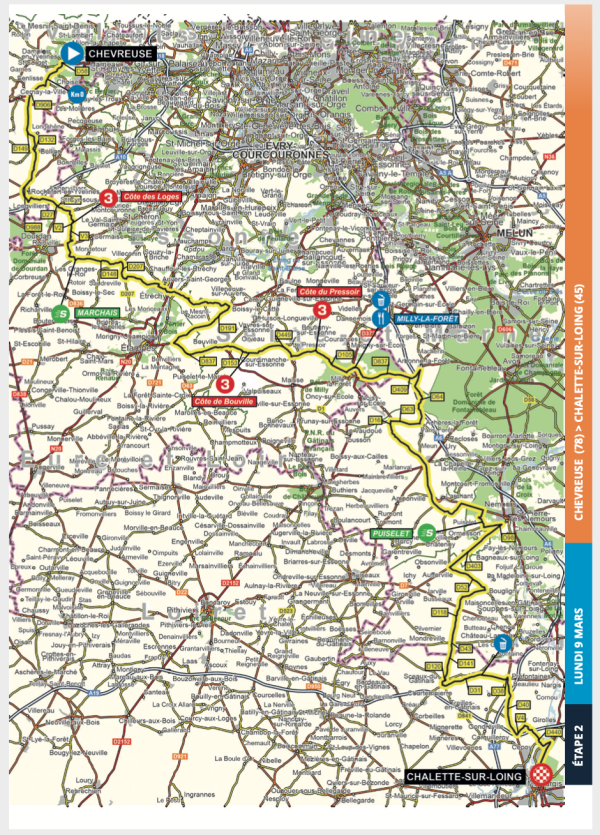 Stage 1 was a beauty, stage 2 looks a little quieter.

The only thing that stops a sprint is the weather, time to take a look.

The wind isn’t as strong as stage 1, but it is coming from the west, which is perfect for echelons. With gusts of up to 30km/h, the bunch will be rather nervous throughout the day. The good news for some is that the vast majority of the route is well protected by trees, but there is wide open spaces once the riders hit km 135. At this point we have 10km of potential fun, before the road heads east. We then have another exposed crosswind section from km 152 until km 158. It doesn’t take much wind to split the bunch in Paris-Nice! 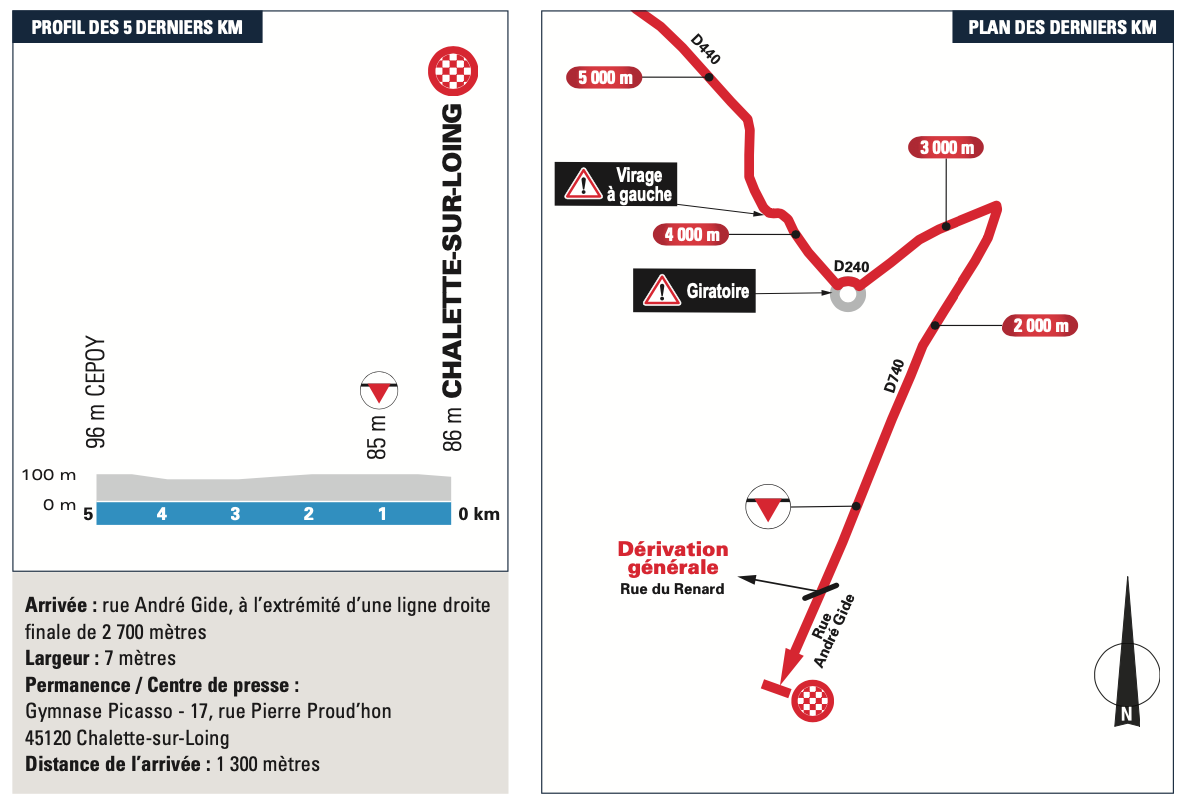 The run for home doesn’t take place on the widest roads. Most teams will want a good position for the final roundabout, which then ensures a good spot for the final corner. The finishing straight is a whooping 2.7km in length, making the timing of the sprint very important.

Sam Bennett – QuickStep are here to try and win the overall, but they still have a very strong lead out train to help their Irish sprinter. Bennett will have Asgreen, Jungels, Štybar, Lampaert and Mørkøv to help in the closing stages, making them the strongest team. After a disappointing UAE Tour, Bennett will be hugely determined to get things right and boss the sprints in France, but it won’t be easy.

Caleb Ewan – Lotto don’t have the same length of train compared to QuickStep, but they do have lots of quality. Looking to guide Ewan in the closing kilometres will be Degenkolb, Kluge and De Buyst. He didn’t win a bunch sprint in the UAE Tour, but still picked up the win on Hatta Dam. After a hugely successful 2019, expectation is high for him this year. To get this right, Lotto need to be patient and launch their train quite late.

Pascal Ackermann – without his usual lead out man, Rudi Selig, but he does have Peter Sagan to help. It’s never easy shifting to work with another rider, which makes me think Ackermann could struggle to win this stage.

Nacer Bouhanni – after starting the season with a bang, Bouhanni will be full of confidence. Now, winning stages in lower races is one thing, but this is Paris-Nice, we’ll see exactly where he is compared to the best. With only Swift and McLay to help him, getting it right in the closing kilometres will take a lot of luck.

Elia Viviani – another who arrives without his usual lead out men. Given how they’ve started 2020, that might not be a bad thing! I can’t see the Italian doing anything in this race.

Cees Bol – the new superstar sprinter! The young Dutchman took an impressive win in the Algarve, and he looked very strong in KBK and stage 1 of this race. Sunweb have a long train, one that can rival QuickStep in the closing kilometres. With riders like Arndt, Eekhoff and Matthews I expect to see lots of the team in the final 3km. In the Algarve, Bol was led out by Casper Pedersen, I’m not sure if Matthews or Eekhoff will fill this role. As I mentioned about Ackermann, it’s never easy to switch to a new final man, it usually takes time to develop a strong relationship.

Giacomo Nizzolo – he’s had a good start to the year, I expect to see him challenging for the top 5. With riders like Gibbons and Walscheid to help in the closing kilometres, he should be up there, but winning will be very difficult.

Rudy Barbier – his move to Israel Start-Up Nation has gone well. After winning the opening stage in San Juan, I was very impressed by his 3rd place in the opening stage of the UAE Tour. His team don’t have the longest sprint train, but Barbier seems good at picking the right wheels to follow.

Longest train + Trusted lead out man + Fast legs = A win for Sam Bennett. It should really be Bennett v Ewan; I’ll side with the Irishman to take home the win.