227km is long one, especially after a tough start to the race. We have four categorised climbs along the way, but nothing that I would describe as difficult. There are a number of uncategorised lumps too, in a day that contains close to 2700m of climbing. Is it too hard for the sprinters?

We have huge gaps on GC, and a stage that has lots of climbing in the opening 50km. Plenty of riders will be keen on getting in the morning move, will any team try to control? None of the GC teams will care, ensuring a small break will be on the shoulders of the sprint teams. The fast men at this race are all capable of handling climbs, and with eight men in each squad, there are plenty bodies to help with the chase. As ever, the success of the break depends on the number of men in the move, and the attitude of the peloton. It is impossible to tell at this point! 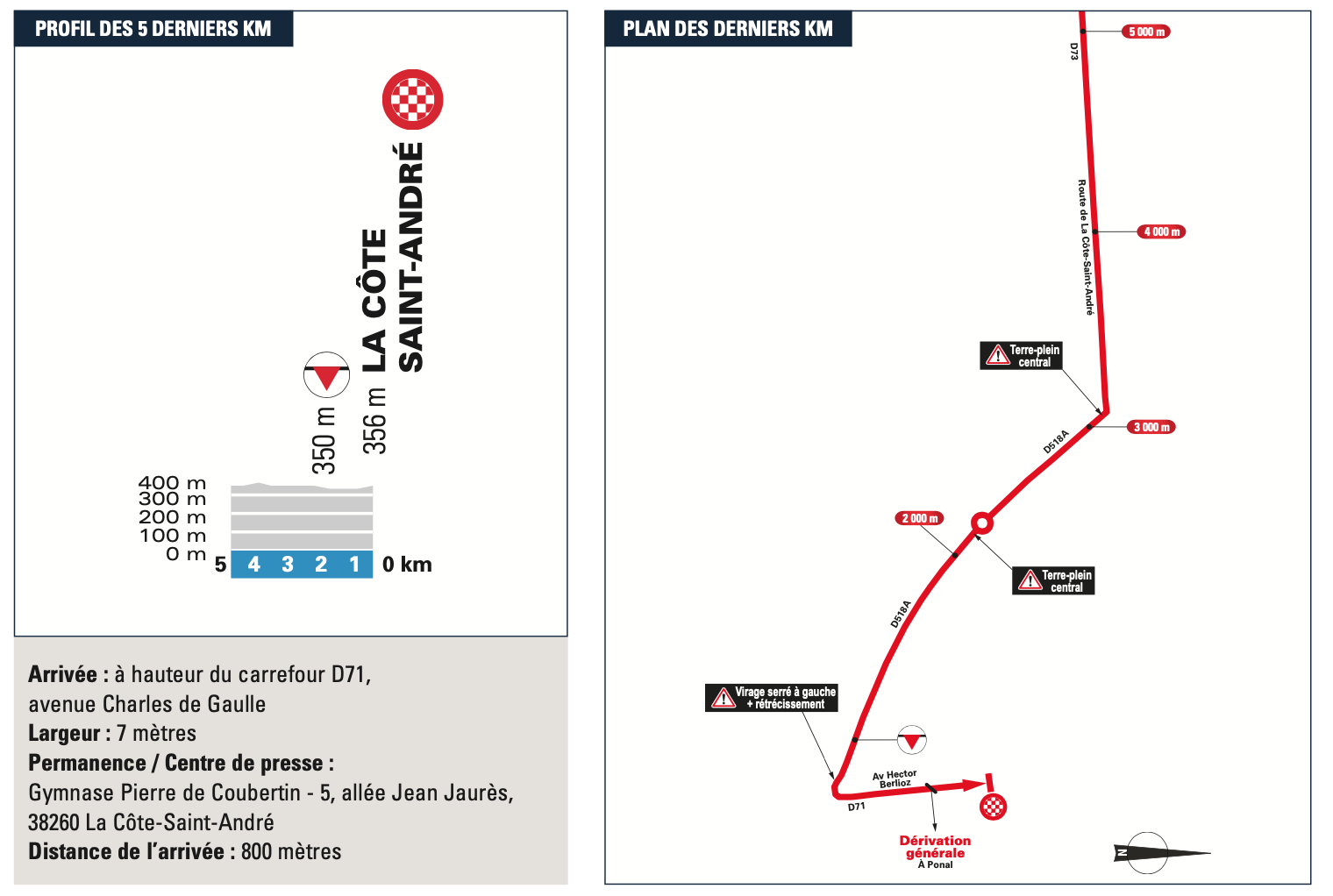 Very easy run for home, with a final corner at 800m to go helping to line out the peloton.

No rain, no wind, is this Paris-Nice?

Caleb Ewan – did someone say a stage over 220km? The little Aussie is a master at lengthy sprint stages, and his team know it. This is a great stage for him, especially as the weather looks much better and there’s a fair bit of climbing to deal with. Lotto-Soudal will have plenty of riders capable of controlling the break, as long as they get cooperation from other teams. The opening of the stage will be crucial, if a big break escapes, it won’t be easy to bring them back.

Peter Sagan – another rider who’ll like this stage. Bora have Ackermann as another option, but I hope to see them riding for the former world champion. The length of stage is good for him, it should slow the pure sprinters down a little, making it possible for Sagan to beat them. His form has been slowly building during the week, I think he isn’t far off now.

Giacomo Nizzolo – the Italian is enjoying a brilliant run of form, culminating in his stage win on Monday. NTT are here to win stages and they’ll see this as another big chance. They have a number of strong domestiques who’ll enjoy a day of breaking the hearts of the attackers. A fast day in the saddle will also help their Italian, he’s much more durable than some of his rivals.

Cees Bol – the young man with a growing reputation. Readers of this website will already be aware of his talent; you don’t end up being one of my riders to watch for no reason. I’m interested to see how he copes with the distance, especially as he has his sights set on Gent-Wevelgem. Sunweb are one of the strongest teams in the race, if they commit to riding for a sprint, it will be a sprint. Bol has used a lot of energy in the opening three stages, hopefully this doesn’t come back to hurt him.

Quickstep – Bennett crashed at the end of stage 3, and is now back in his house in Monaco. Without a proper sprint option, the Belgians will be looking to get in the morning break. The problem is that only Mørkøv and Declercq are far enough down on GC not to be perceived a threat, as I don’t think Bora will be looking to give away the yellow jersey.