“Knowing you could win each day is just so bloody exciting, no?!”

Every so often you get a rider who enjoys a purple patch during a grand tour, when it seems inevitable that they’ll win stages. You know what I’m talking about, a breakaway rider who is so far ahead of the others it doesn’t even seem fair. If the break stays away, they’ll take the win, no doubt about it. During this year’s Giro, it was Ben O’Connor who enjoyed that magical feeling, something he couldn’t have even imagined a couple of months earlier. 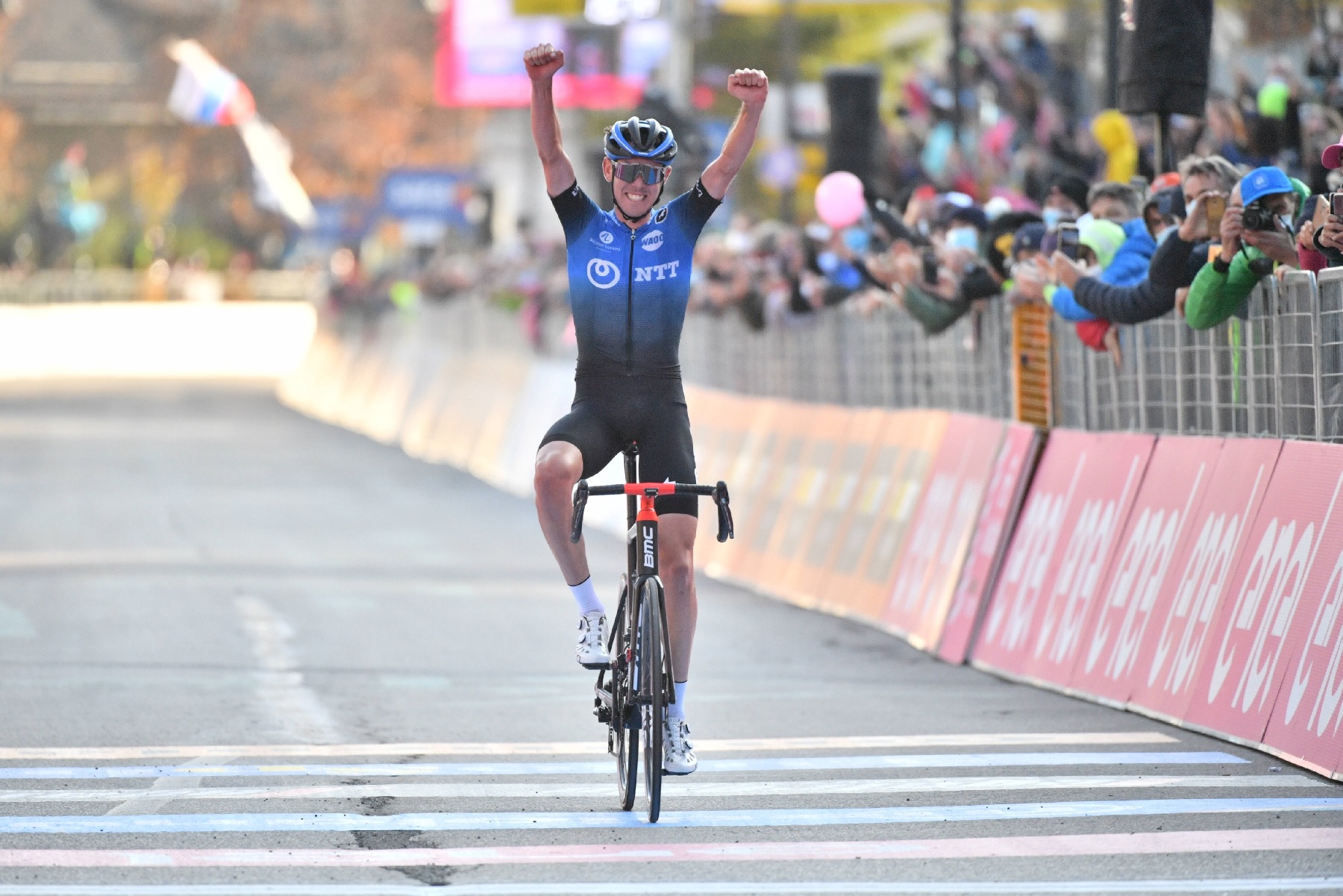 “In July I was diagnosed with Hypothyroidism… so when racing started I was like 6kg too heavy! It was pretty rough in earlier races, but gradually got better and better.”

Ben is no stranger to success in the Giro, he was one of the sensations of the 2018 edition, but a crash during stage 19 robbed him of a very impressive top 10 result. A lot was expected of him after this performance, but 2019 just didn’t happen for him, it didn’t click the way we all expected.

“I struggled a lot, but one great ride in Austria… but I still got beaten! I think stress takes a huge toll on your body in how it reacts to training, food, concentration, and general life emotions. There was too much going on. I changed apartments, my girlfriend decided to come live full time here also, and you worry about this because how can you make her life as it was in Perth… which is impossible. In essence, it was all the external factors that my emotional self didn’t deal with well.”

Thankfully 2020 started with an early win in Bessèges, on Le Mont Bouquet, thanks to a tactical masterclass by Bjarne Riis. The Dane had just recently moved to the squad, and he encouraged a typically attacking display.

“That was actually just a really fun race for all of us. It was confidence inspiring  rather than pressure relieving because the way we raced. We took the bull by the horns which in all honesty makes it a lot easier… your plans are clearer when you dictate, rather than wait.”

“The first two weeks went alright! It snowed here in Andorra, we have a large outdoor area so we could enjoy it, pop some wines and have some good food. Then I started getting very impatient… I’m glad it’s not happened like that again!”

Then hypothyroidism, which is bad enough for the normal punter in the street, but a disaster if you’re a professional athlete. Not only that, but as the Giro approached Ben was facing up to the prospect of not having a deal in place for 2021. NTT were rumoured to be folding, making the Giro even more important than usual for those riders trying to attack interest from other teams. As we all know, Ben was successful in his search and signed a contract with AG2R during the race.

“Actually it was signed before the stage I was 2nd. It was really nice to know they believed in me even without a big win for a while. It was probably almost better knowing you had to try to win, because then you had to chase it. Give it a go. You get nothing from hiding.”

With his future sorted Ben could approach the final week of the Giro with freedom. The week began with the stage in Friuli, it was one of those hugely demanding days with lots of climbs. Once the break was established it was always going to stay away, but the front group was very large and a nightmare to organise. This allowed Jan Tratnik to escape and get a big gap before the final climb, that is when Ben made his move, riding full gas for the whole climb in the hope of bridging and possibly dropping Tratnik before the crest. After a huge effort he caught the Slovenian just at the crest, he then had to wait for a short lump in the final kilometre to try and drop his rival, but Tratnik emerged as victorious and Ben had to settle for second.

“I remember shouting and hitting the bars when I crossed the line, I was pretty down. You think that you just wasted what could be your only chance to win a Giro stage! Later that evening it sunk in that there was literally nothing else I could have done. That was by far the highest 8min power I’ve done, and the reason why I couldn’t jump over the top of him.”

Next day was another one for the breakaway, and it was also a mountaintop finish, much more to his style. Yet again, it was a huge break, but this time it was much more structured and came down to who was the best climber on Madonna di Campiglio. Once the early slopes had been dealt with we were left with Ben, Rohan Dennis, Thomas De Gendt, Ilnur Zakarin and Hermann Pernsteiner.

“The only person I was really worried about was Rohan. I was actually for once waiting and waiting for him to chase a move, be on the front, and then I go over the top. I felt great all day, and just had to make sure I didn’t over-do it once away. The closer I am to the finish line with someone else, the less chance I have to win the stage.

With about 3km to go I knew I was going to win. I thought of my girlfriend at home, all my mates watching, my family too. There are so many people who are invested, so it’s a feeling of giving back to them. It made the people I know happy, and that’s a good feeling.”

Next day, it was time for the Stelvio. Again, Ben made the breakaway and was clearly the best, it was going to be another win for him if the break survived. He was enjoying that purple patch I mentioned already, he was climbing better than ever before and looking almost unstoppable. Unfortunately, Ineos had other ideas and with the battle for pink in full swing he was the last man of the break to be caught by Rohan Dennis, Tao Geoghegan Hart and Jai Hindley.

“You just feel like you have a chance every single day… you’re in the game, and if you just play some good cards you’ll win again! I was pretty bummed the time gap was kept so short for Stelvio. If I was able to get over the top, it really would have been interesting to see if I could win that stage too. For sure it was the best form I’ve ever had, and also the best I’ve raced too. I was smart, and also strong, which sometimes doesn’t come hand in hand. As I said before with the health issue, I had to really concentrate to do the correct things, I spent a lot of time in the mountains and pretty much trained by myself every day. On another note, I did an amazing 5-day trip through the Pyrenees with my mate Tristan. This heavy training block I think really helped in these Giro 5000m climbing stages… which is what we did every day on our trip!”

When the Giro finished, Ben ended the race with a stage win, and a second place, but I think he left a different rider. We’ve now seen just what he’s capable of, he is a world class climber. His performances mean that expectations will once again be high, just as they were in 2019, but is he now better equipped to deal with that pressure?

“It will be very different because the aims have shifted. None of this ‘GC best rider in the world’ stuff. I realise now how I want to race, rather than develop into this kind of person. All I want to do is race, and win. Winning a stage gives the same amount of joy as GC. I think being a stage hunter suits me well, and if by chance I do well in GC than for sure I’ll take it, but it won’t be an aim. I want to race, not follow and get beaten by Roglič or Bernal every time. AG2R want me to race, and win races. I can’t wait to try it again!”

The move to AG2R also puts Ben outside of his comfort zone. For the first time in his career he’ll be racing for a squad where English isn’t the first language, which can throw up different challenges.

“It would be rude and disrespectful to not try to learn French. I’ve always loved the language and travelled there when I was young a few times, so it’s a nice motivator. It’s nice to not follow the normal mould of Australian rider in Aussie team, or American. When I stop, we’ll move back to Perth, so why then spend my life in Europe only living and working with my Aussies?”

Wintertime would normally see Ben heading back home to Australia to enjoy their summer and continue to work hard on the bike, but with travel restrictions still in place, this winter will be a little different.

“It’s actually started pretty shit; I broke my collarbone towards the end of November! I love winter, so to be a little handicapped in my favourite month is average. I’ll spend it up in Andorra, and hopefully the snow comes down heavily for a white Christmas! Staying here instead of having double summer is for me the best solution. My body somehow NEEDS winter. The only thing going back to Australia changes is seeing friends and family. I miss them, and with no travel in 2020 I have missed them even more.”

“Firstly I actually want to grow some more patience, and also learn French.

Aim high boys and girls! As Ben said, you don’t get anything from hiding.