The organisers did plan to use a different route, but they have reverted to the old one. 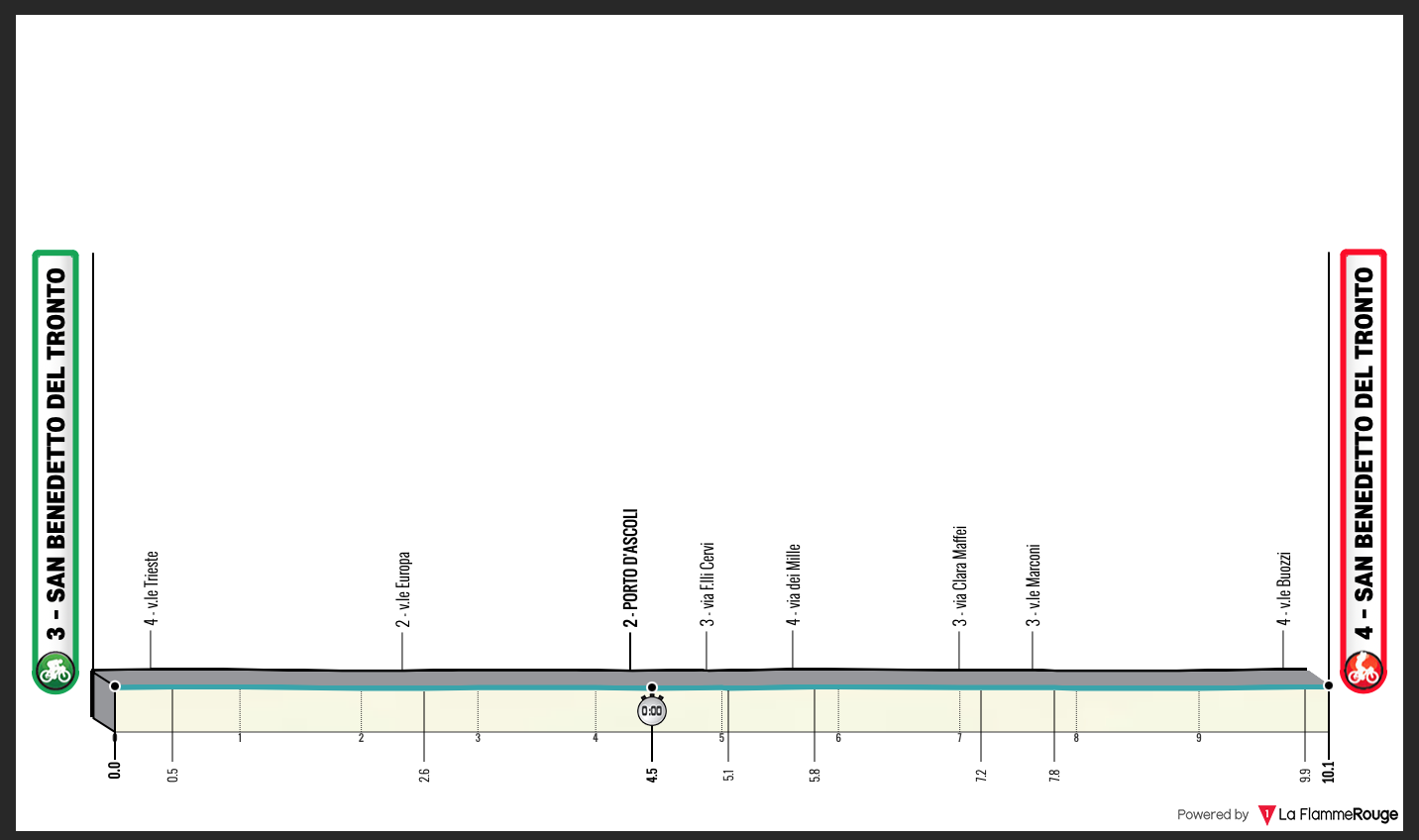 Quite a strong wind from the north, which means a big headwind once the U-turn has been done. Some reports say rain, others say sun, they don’t know!

Filippo Ganna – only an act of God will stop him from winning. In 2020 he developed into the best TT rider in the world, he has cemented this position in 2021. Already with wins in Bessèges and UAE, he has the ability to go through the whole season without losing an ITT.

Contenders for the Podium

Stefan Küng – last year was a good one on his TT bike, winning the European Championships and finished 3rd at the Worlds. Küng is a strong bike rider, in a way he’s been a bit unfortunate to ride in a period where he’s consistently up against amazing TT riders. Given his quality, he should really be making the podium.

Benjamin Thomas – I’ve got a soft spot for the consistent Frenchman. Every year we see gradual improvement and he’s now ready to challenge the best in TTs like this. He got within 10 seconds of Ganna in Bessèges, that was one hell of an effort. He’s been nice and quiet this week, saving energy for this stage. I hope to see him go well.

Tadej Pogačar – it wouldn’t be a surprise to see him challenging considering his TT in the UAE Tour and the incredible legs he has just now. The headwind home normally kills the hopes of most climbers, they just aren’t aero enough compared to the specialists.

Wout Van Aert – how close can he get to Ganna? Van Aert is brilliant on his TT bike; he’ll expect to be challenging for the podium. Over in Paris-Nice, Jumbo-Visma performed well in the TT, it looks like their new Cervélo bike is fast. Will his legs be a little tired after a couple of hugely demanding stages?

Edoardo Affini – I’ve already mentioned that Jumbo-Visma’s new Cervélo seems to be good, which is great news for the Italian. He is a rider who the team see a lot of potential in, and I agree. He seemed to lose his way a little towards his end with Mitchelton-Scott, and I’m eager to see the impact changing teams brings to his TT performance. He might surprise.

Kasper Asgreen – another solid option for the top 10.

Tobias Ludvigsson – 5th last year, the Swede is always capable of pulling out a surprise result in a TT.

Geraint Thomas – he’ll see this is a good opportunity to test himself. The mountaintop finish showed that he’s not yet at 100%, but he should enjoy this stage as he’s very strong against the clock. He might struggle to make the podium, but he’s another who’ll be disappointed if he doesn’t make the top 10.

John Archibald – for the first time ever I get to include a fellow Scot in this section! Those outside of the UK might not have heard of him before, this is his first season at this level after signing for ÉOLO-Kometa. Last year he was a big part of the GB team that won bronze in the mixed relay, and he also pushed Alex Dowsett all the way in the GB TT championship. Going up against riders of this level will be a new experience for him, but I’ll have my saltire out, that should give him an extra 50 watts.

A win for Filippo Ganna, I would love to see Affini, and Archibald round out the podium.