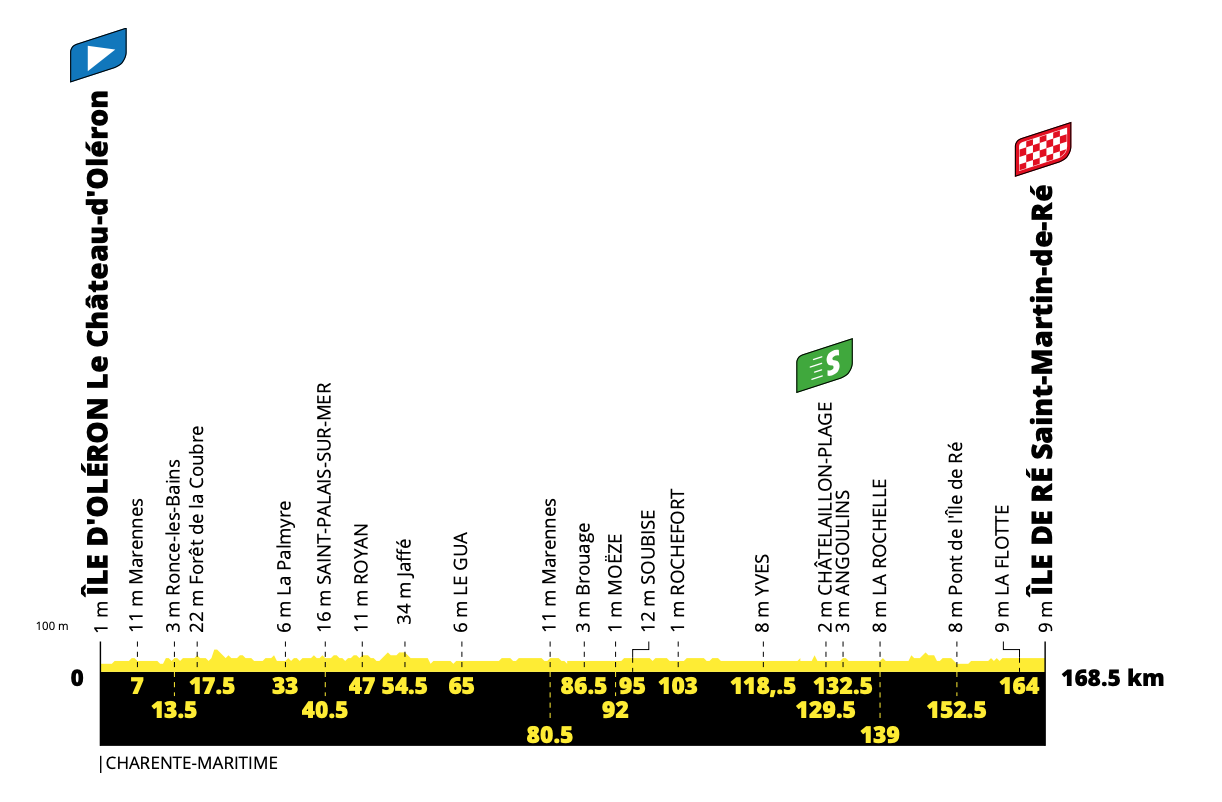 When this route was planned, the organisers would have been hoping for some wind as the whole day the peloton are on exposed roads, but most GC riders will be happy to see the forecast.

Different forecasts are saying different things! Most agree that the wind won’t be a major issue as the maximum gust should only be 20km/h. Now, the route is very exposed, it won’t take much of a breeze to result in an echelon, but it’s going to be a headwind for most of the stage. I think we’ll get a big sprint, but you never quite know at the Tour de France. 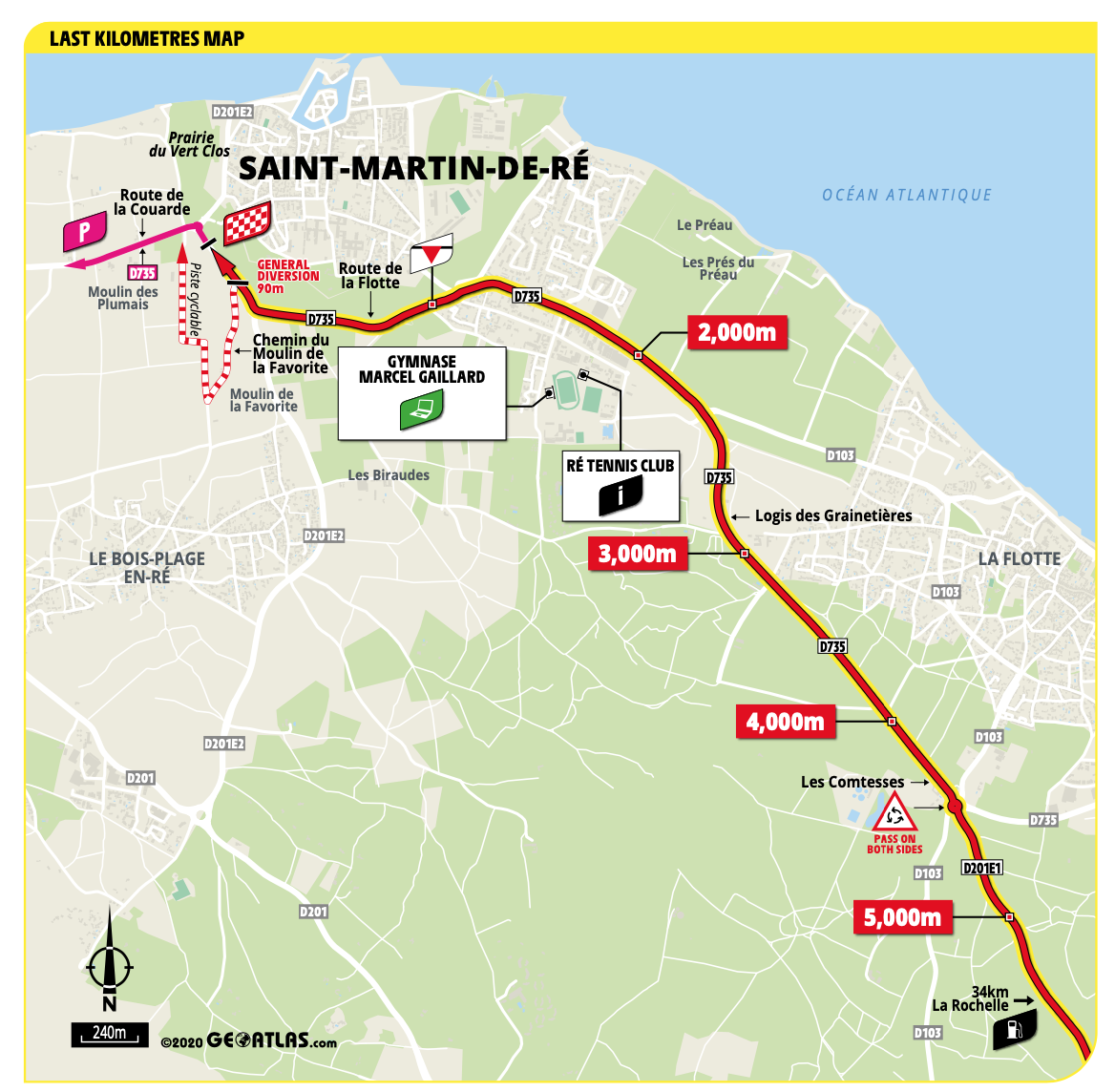 This is where it gets complicated. We have an easy day in the saddle, but I am worried about the final 20km. The riders have to cross a bridge over to the island with 16km to go. From that point the road is narrow and moving up the bunch will be incredibly difficult. The finish reminds me of sprint stages in the Binck Bank Tour, where teams get to the front early and then simply block the road, before starting to fully launch the sprint in the final 5km. The narrow road is also a nightmare for the GC riders as crashes are likely to happen. With everyone looking to get to the front of the bunch, I am a little worried about the outcome.

In this type of sprint, lead outs are important, but they don’t have to be especially long. Team Sunweb did an incredible job in the last big sprint, but this finish is totally different. Get your team to secure a position near the head of the race before the bridge, once that’s been achieved, staying at the front will be easy.

I also see two roundabouts which aren’t marked in the roadbook, at 1.5km and 1km to go. Maybe the boys have been back out with the tarmac and cut a path straight through!

One more thing, who’s idea was the corner with around 300m to go? This is the Tour de France, not some 2.1 race in the back of beyond. This turn is fast and narrow, it will be in one line and almost impossible to make up lost ground. As the roadbook suggests there isn’t a turn, they’ll have arranged the barriers so it seems like a sweeping bend.

Caleb Ewan – now down to just four teammates, which isn’t great. Caleb is the fastest in the race, but he’s really up against it now. His team will have to think very carefully about their approach, I think they’ll look to deliver him to the front early on, we all know that Ewan is a master in the closing stages. Winning with such a disadvantage would be a brilliant achievement.

Sam Bennett – everything is pointing towards a Bennett win. He’s sprinting well, and as Lotto Soudal are weakened, his sprint train is looking better and better. They aren’t as strong as they could be, but the experience of riders like Mørkøv is crucial. With Alaphilippe now out of contention for the yellow jersey, the team can afford to put all their riders to work in support of the Irishman. He’ll start the sprint in a good position, they rest will be up to him.

Cees Bol – Sunweb have the longest sprint train in the race, but as I’ve pointed out, that doesn’t give them a huge advantage in this stage. The closing stages will no doubt be chaotic, Bol will hope that his lead out man, Casper Pedersen, is on a good day. He has the speed required to win, and after going so close the other day, motivation will be high.

Wout Van Aert – I’ve no idea if he sprints, I wonder if he does. As in previous stages, his first job is to ensure Roglič is well protected. If he is, then he might get to go for the sprint.

I still think Caleb is the fastest, but life will be very difficult for him with only four teammates. It’s time for Sam Bennett to claim his first Tour de France stage.