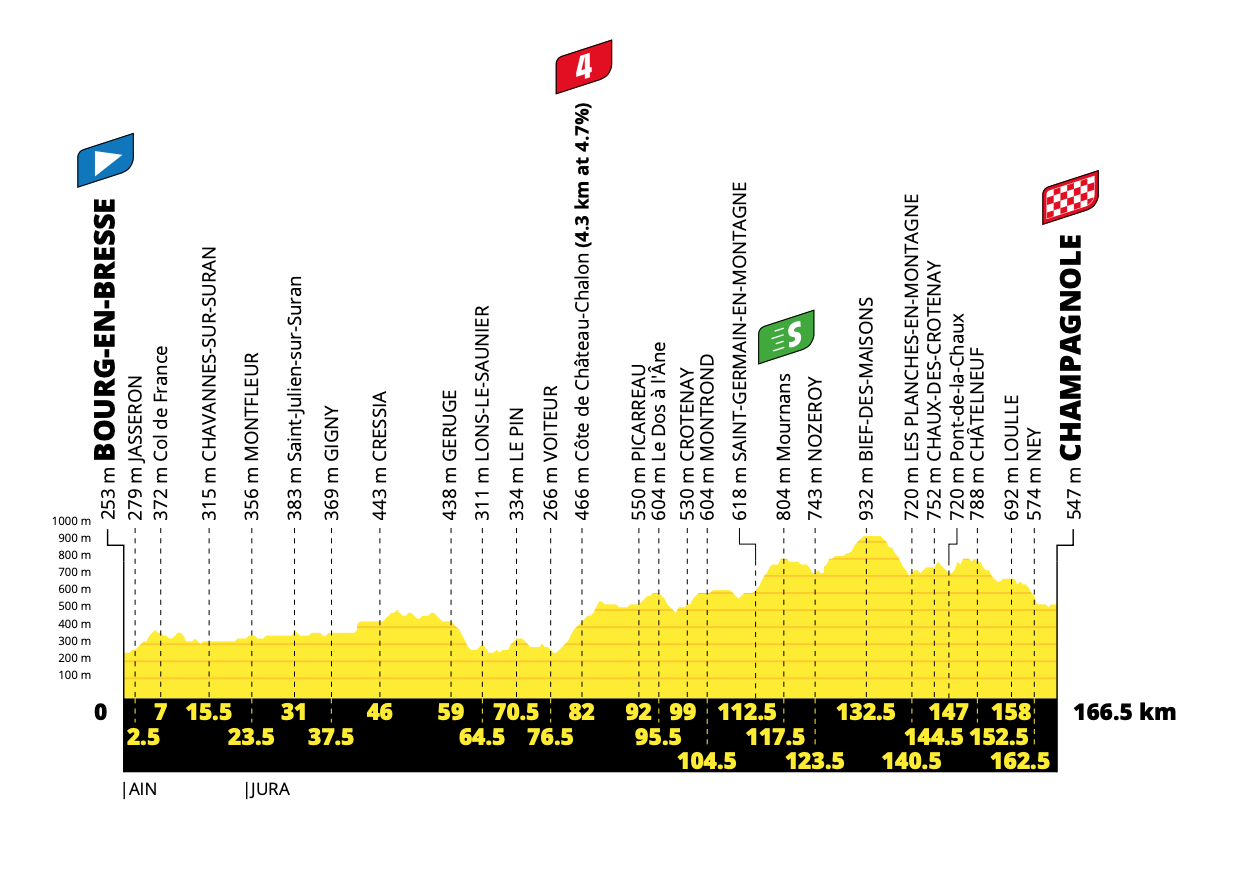 The type of stage we get will be decided by Bora. They have continued to fight in the hope of getting Sagan more sprint points, but it’s just not happened for them. This isn’t a straightforward sprint stage, there is a fair amount of climbing in the second half, it is possible for them to drop some sprinters when the road starts to rise, but not Bennett. Controlling this stage in the hope of dropping Bennett would be foolish, in my opinion.

Very good, but it depends who misses the move. If a sprint team doesn’t get a rider up the road you can be sure an angry DS will set them to work on the front of the bunch. Despite looking like a good day for the break, its success will depend on how many make the move and which teams are represented.

The opening 6km rises at an average of 2%, which is perfect for the rouleurs to put some early pressure on the bunch. After a short descent there is another little rise at the 9km mark, which is another opportunity to establish the break. As most teams will want representation in the move, it could take quite a long time before the elastic snaps.

Yet again, we have a finish on narrow roads, the organisers haven’t done a good job of protecting the riders in this year’s race. In fact, I’m angry on behalf of the riders. This finish is bordering on the ridiculous, the descent from 6km to go is on an incredible narrow road, and it will be very fast as well, it lasts until the big turn with 3.5km to go. This road has no place in the final 10km of a potential Tour de France stage. I really hope it isn’t a big sprint.

Thomas De Gendt – you can almost taste his disappointment. The great man hasn’t had the legs we would have expected, but that’s what lock down can do to you. The profile of this stage is very good for him, hopefully he can get in the move and finds his old legs.

Kasper Asgreen – came into the Tour talking about trying to win a stage, well, this is his last chance. The Dane is a magnificent cyclist, one who’ll be at the top of the sport for many years to come.

Dylan Van Baarle – free from domestique duties, Ineos will be desperate for representation in the break. They are clearly enjoying themselves again, the Dutch rouleur is the type of rider who could do well in this stage.

Max Schachmann – will Bora forget about trying to control the stage and go for the break? I really hope so, and you can bet a certain German does too. After starting the race still recovering from a broken collarbone, Schachmann has performed well. The undulating roads in the finale are good for him.

Matej Mohorič – I got to stage 17 before I actually saw him on my TV! After a brilliant race for Slovenia, it wouldn’t surprise me to see Mohorič pop up and take the win. Any stage with a lot of descending is good for him, so watch out.

Mads Pedersen – one of his last days in the rainbow jersey, it would almost be poetic to see him taking the win. He seems to be growing stronger the further we get into the race, his climbing performance on stage 17 was simply incredible. Trek will give all their riders licence to go for the break, Pedersen has the gas to get there.

Casper Pedersen – Sunweb have enjoyed a brilliant race, they’ll be hoping to get in the morning break and see if they can net their third stage win. Pedersen might not be the first of their squad that pops into your brain, but the fight for the break will be very hard and someone like him stands a good chance of making it. I’ve also been impressed by his climbing throughout the race.

Sam Bennett – if it somehow ends in a sprint, Bennett will win.

This is a day for a big break to escape and never be seen again. Picking riders who make the move is hard enough, then getting the winner is bordering on the impossible, but I need to try. I’ll get all romantic and go for Mads Pedersen.