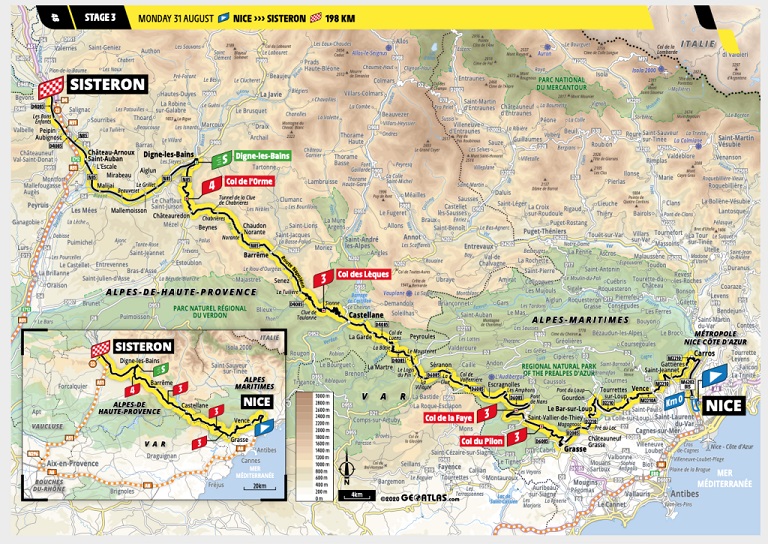 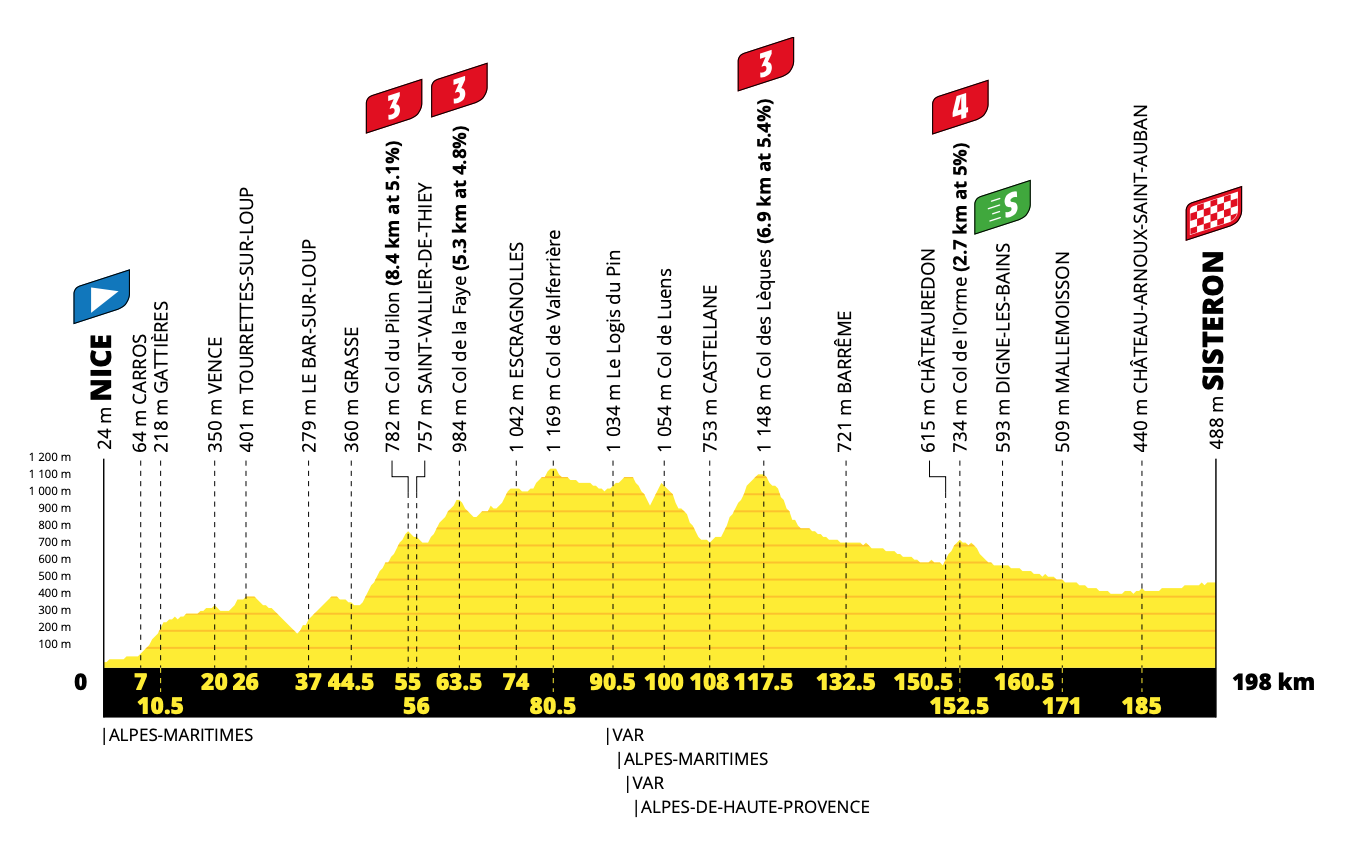 The stage does contain quite a lot of climbing, but it’s nearly all in the opening 120km, making it a nailed-on sprint. 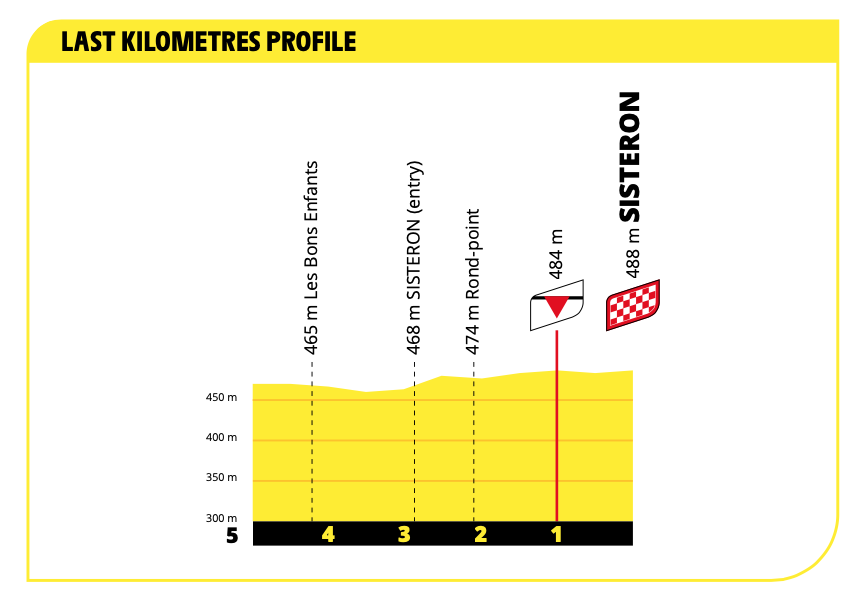 The road does have a slight rise with 3km to go, but it will be over before the riders even know they’re on it. 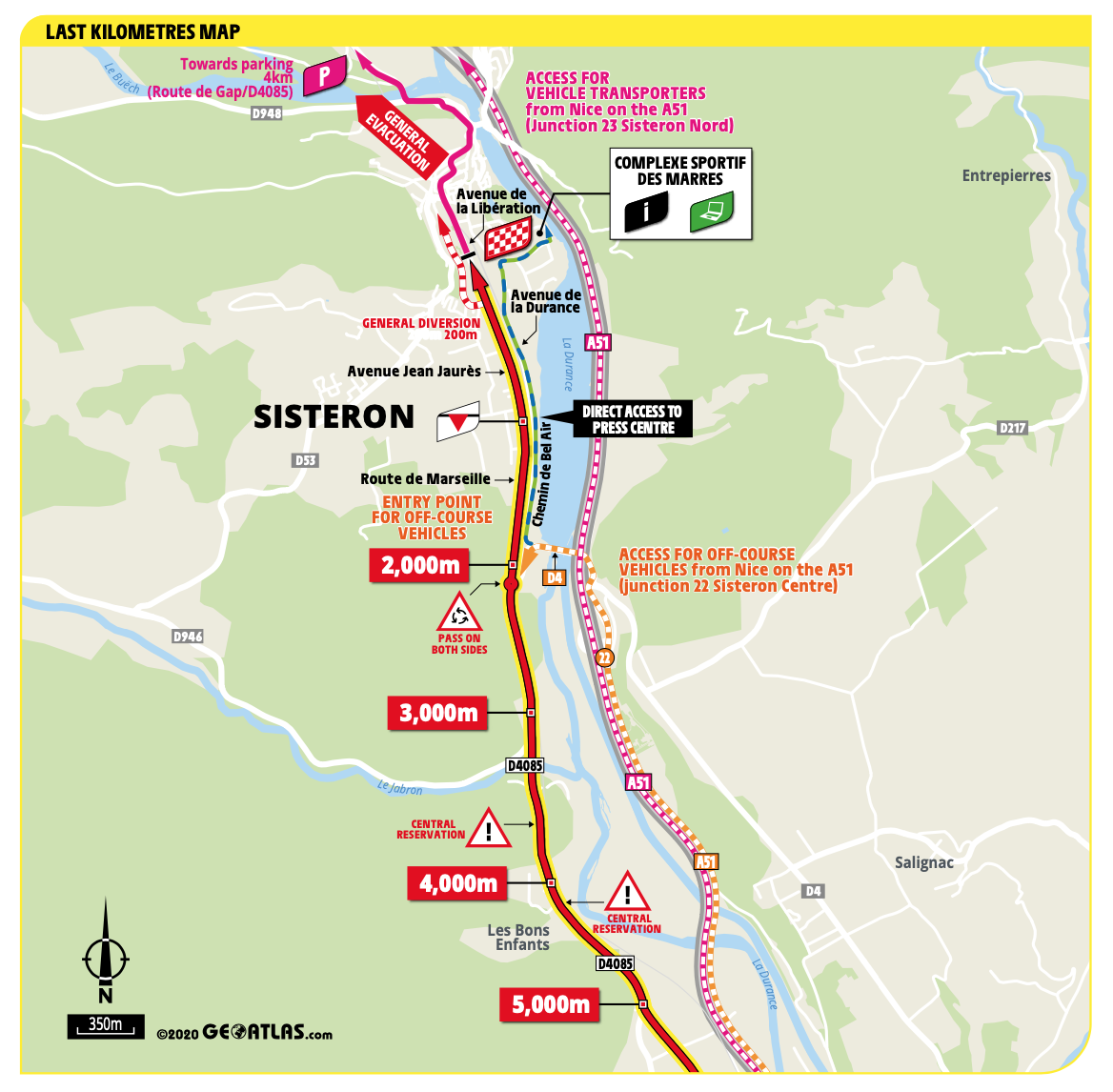 The road does have a slight rise with 3km to go, but it will be over before the riders even know they’re on it.

The issue I have with the finish is the width of the road. The bunch head into town on a classic countryside road, around 6 metres in width. This road is also littered with street furniture, making it dangerous. At 2km to go there is a roundabout which can be taken on either side. The problem is that one side is significantly shorter than the other, you need to go on the left-hand side, those that go on the right will not win the stage. I know a number of teams read my previews; you’ll be able to tell tomorrow!

Nice and sunny with hardly any wind.

Caleb Ewan – Lotto Soudal are without Gilbert and Degenkolb, which means a change of plan for the sprint train. I think we’ll see Kluge move to number 3, with Frison coming in at 4. This isn’t ideal for the team, but that is still a very strong sprint train. It also means that they will not be obliged to put a man on the front of the peloton to chase the break, they need to save all six riders for the closing stages. Ewan crashed on Saturday, so we’ll have to see what his condition is like. In my mind he is the fastest sprinter at the race, can he take the win?

Sam Bennett – in my stage 1 preview I pointed out that QuickStep are lacking a proper number 3 in their sprint train. Without Lampaert, Štybar, Sénéchal or Archbold they have to put an untried rider into that role. Saturday’s finish was so crazy it was hard to say if this had a massive impact, but Mørkøv and Bennett were certainly isolated in the closing kilometres. Without a rider with the top end speed to fill this role, they have to think of a different way to approach the finale of the sprint stages. As the Dane is such a crafty rider, I think he’ll be happy to latch himself onto another train, but this is hardly ideal for a team like QuickStep.

Cees Bol – he has a full team at his disposal, which is a luxury when you compare him to QuickStep or Lotto. With Benoot and Kragh Andersen to smash to the front inside the final 3km, they should be able to take up a prime position. They were in a perfect position on Saturday, but Nieuwenhuis was taken by surprise when Mitchelton-Scott jumped to the front, he simply wasn’t going fast enough for the end of a grand tour stage. He’s a young rider, I hope he learns from it. If Sunweb can get Bol into a good position, he has the speed required to take the win.

Giacomo Nizzolo – his lead out train will be disrupted due to an injury to Ryan Gibbons, which is a big blow to the team. The Italian is in brilliant form, but he looked in trouble on Saturday, but somehow recovered for the sprint. I would normally think he doesn’t have the top end speed required to win a Tour de France stage, but he does look faster than ever before.

Alexander Kristoff – his win on Saturday was certainly a surprise. Can he take another? No.

Mads Pedersen – Trek nailed the lead out on Saturday, but Pedersen couldn’t follow Theuns and Stuyven. If he had, I think he would have taken the win. It might be a small sprint train, but it’s very fast. Theuns would love to be sprinting himself, but he’s quickly developing into the best number 3 in the world. With two Belgians to put him into position, Pedersen has a great chance of starting the sprint at the front, but does he have the speed to finish it off?

I fear the closing stages will again be very dangerous, hopefully everyone stays safe. When in doubt go for the quickest rider, so I’ll say a win for Caleb Ewan.