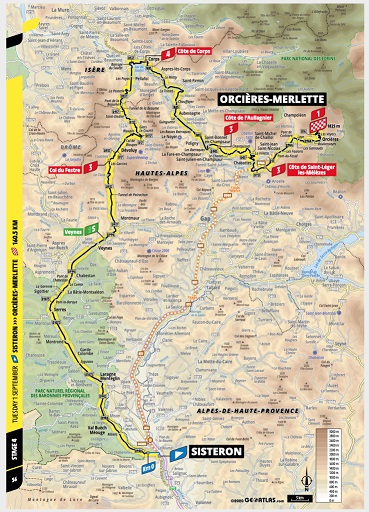 The first mountaintop finish of the race. 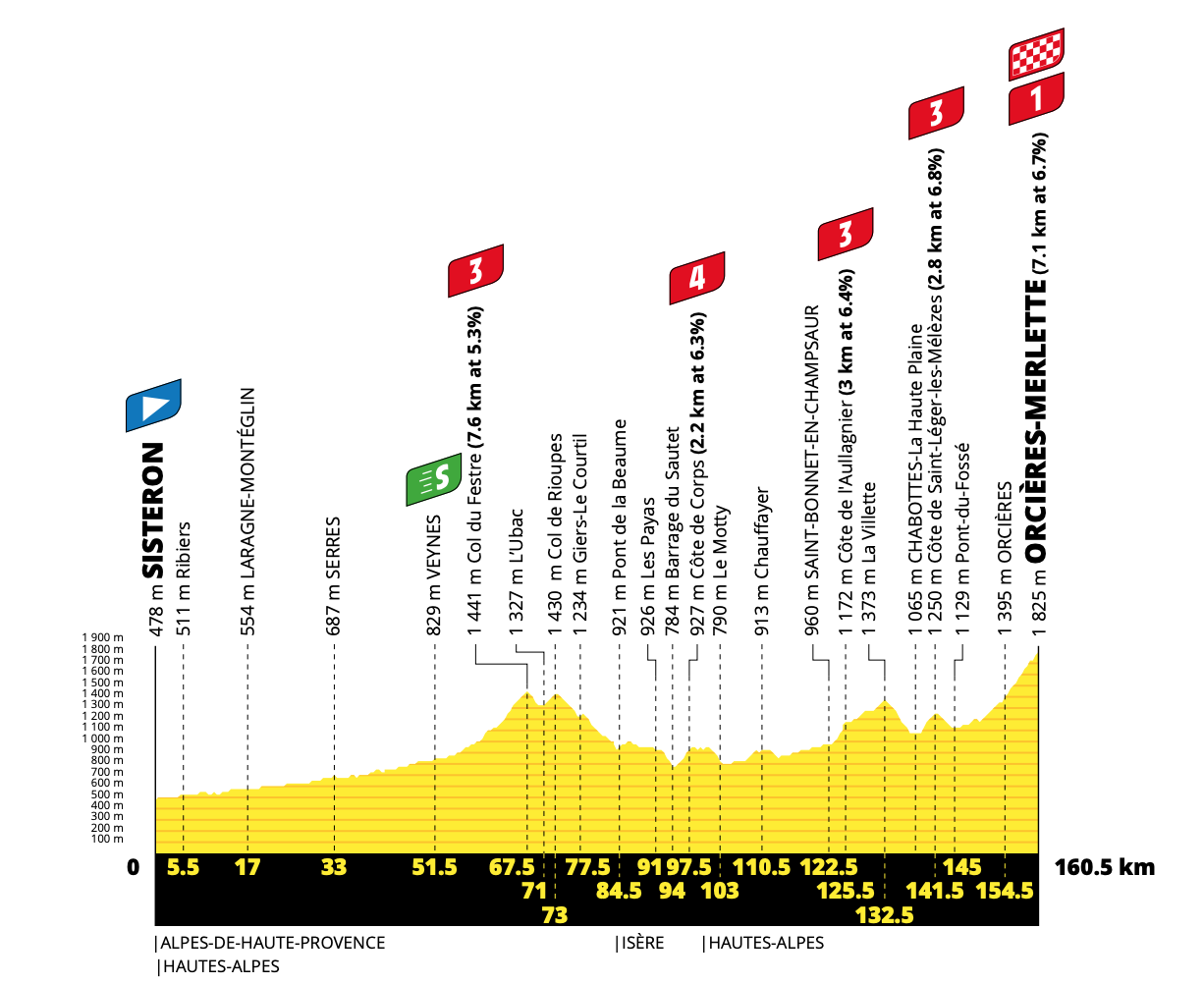 Usually the opening “big” stage is one with a really hard climb at the end, this is not, but more about that later. The stage is relatively straightforward and is all about the final 10km.

Just look at those hairpins! The climb can be classified in a few different ways. The organisers have gone for 7.1km at 6.7%, but you can also say it’s 10.1km at 5.9%. Whichever way you look at it, it’s a good old cat 1, not an HC. This means we should get a bunch of GC contenders approach the final kilometres together, and potentially a mountain sprint.

The stage is easy to control, especially if a few teams are interested in going for a stage win. We are still early in the race, which isn’t good news for the attackers. We do have some big gaps on GC, but I think that a few teams will want to go for the stage and will help with the chase.

There will be some cloudy sun, pleasant temperatures and not too much wind.

Over to Jumbo-Visma. They will be the team to control the majority of the climb, not QuickStep. They’ll likely start the climb with Robert Gesink taking up the pace, then it’ll be over to Wout Van Aert. Just you wait and see how far he lasts up the climb! His enormous turn will allow Bennett and Kuss to save energy until the closing kilometres. Riding with two protected riders isn’t always easy, but it should be fine on this climb. Bennett and Kuss will be able to take the team all the way to the finish, chasing down any attacks from rival teams. I think Jumbo will be happy with a sprint, stopping this from happening will not be easy.

Primož Roglič – we’ve already seen how fast he is when sprinting up a mountain. After dominant wins in Tour de l’Ain and the Dauphiné, the Slovenian will start as the big favourite, but there are still questions surrounding his fitness. He chose not to follow the attack of Alaphilippe on Sunday, allowing his team to chase instead. Then Dumoulin crashed and it seemed they knocked the pace off to allow Tom to get back in. We just don’t know if Roglič chose not to follow, or couldn’t follow. If at 100%, this is exactly the type of stage he’ll win.

Julian Alaphilippe – a relatively easy stage, with a cat 1 climb to finish, that sounds like Alaphilippe to me. Even though he won on Sunday, he still wasn’t at his very best. The Frenchman is a confidence rider, I sense the little extra he was missing will soon arrive, thanks to that win and another yellow jersey. He has the fastest sprint out of all the climbers at the race, if he starts the final kilometre at the head of the race there is only one outcome.

Tadej Pogačar – another climber with a blisteringly fast finish. His form seems to be growing all the time, it looks like he’s peaking just at the right time. Just 21 years old, but already has three grand tour wins to his name. It certainly wouldn’t be a surprise to see him cross the line first.

Sergio Higuita – aside from Alaphilippe, you could argue that the Colombian has the fastest sprint of all the climbers. The little man packs a huge punch, but can he maintain his cool in the finale? His team is packed full of climbers who should be able to put him into a great position, then it’s over to his very short, but very strong legs.

Egan Bernal – we can’t forget about the defending champion. Yes, he’s said that his back isn’t 100%, but that could be a smoke screen. The Colombian is still a hugely gifted climber and this stage will be a piece of cake for him, but getting away from Roglič won’t be easy.

Miguel Ángel López – this is a good finish for him. He doesn’t have the sprint to match some of the others, but he does have an attacking flair to him that I like. I would expect to see López attacking in the closing stages, but he needs to time it perfectly for this move to succeed.

Adam Yates – sitting 4 seconds behind Alaphilippe, this is an enormous chance to take the yellow jersey. He’ll hope that Alaphilippe isn’t at his best, then he can strike. If he can drop Alaphilippe from the front group, he will take the race lead. Yates will also be eying up the stage, he has the power required to surge away from the pack, just as he did on Sunday.

Now that he has the yellow jersey, he won’t be giving it up easily. This is a stage that suits a certain Frenchman down to the ground, I’ll go for another Julian Alaphilippe victory.