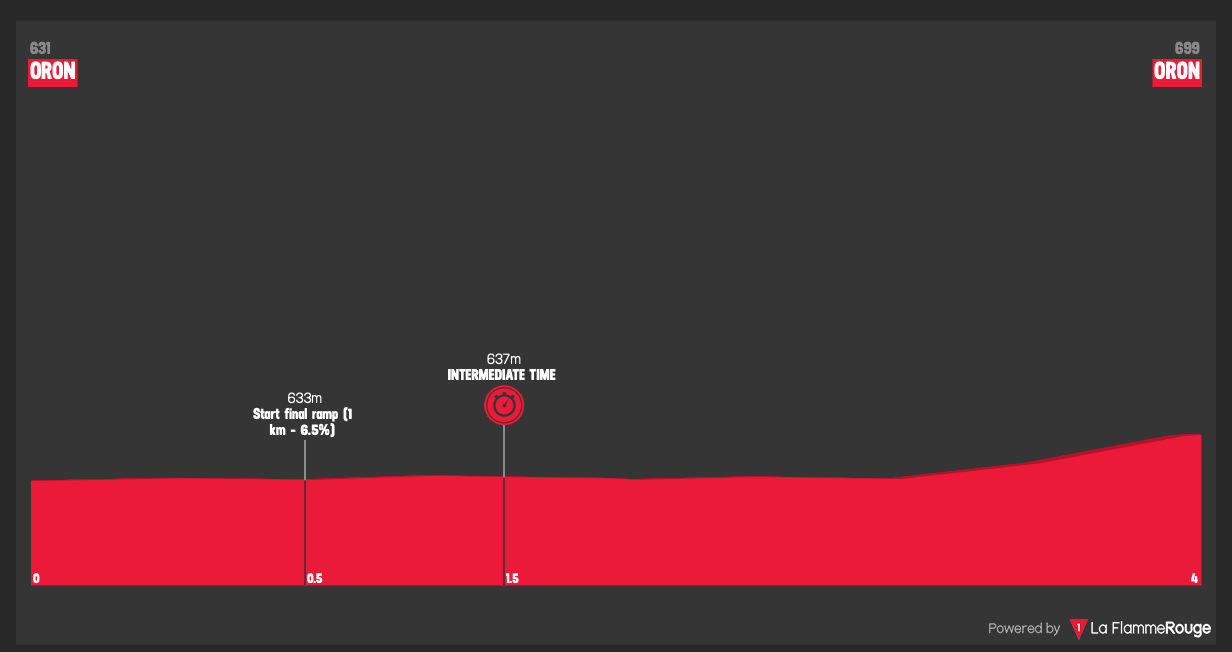 This means the riders will spend about 3:20 on the flat and 2 minutes on the climb, which opens the door to many riders. The top 10 will be split by a handful of seconds, this is going to be very tight and hard to predict. The riders will have a big choice to make when deciding which bike to use, but I would imagine the contenders will be on their TT bikes.

Ineos – they have Ganna, Dennis, Thomas and Porte for this stage, which is almost unfair. Ganna is a big guy, he’s likely to lose a little on the climb, but he’s exceptional over this distance. Dennis won the TT in Catalunya, he is a little lighter than his teammate, he should like the look of this one. The distance is great for Thomas, he was outstanding on the track as a pursuit rider. Porte is great on a punchy climb. They have four big chances at taking the win, and with their riders spread throughout the day, one of them could benefit if the weather changes.

Wilco Kelderman – always up there in TTs, but rarely winning.

Ion Izagirre – won the prologue in this race way back in 2016. The Basque rider has the punch required to post a fast time, but probably not a winning time.

Rémi Cavagna – still waiting for his first big TT win. He’s been 2nd twice this season, in Paris-Nice and Catalunya, but he’ll be desperate to get the win. He has the power required for the hill; I think most would be happy if Rémi can get the win.

Stefan Bissegger – the new kid on the block. His win in Paris-Nice was very impressive, he starts this stage as one of the big favourites. He’s good on the flat but can also punch up a short climb.

Stefan Küng – he’d love another win on home soil, eight of his eighteen pro wins have been in Switzerland. He won the recent TT and GC in Valenciana, his form is clearly very good just now.

Paddy Bevin – the climb is good news for him, he’ll hope to be challenging for the win. He’s raced in two TTs this season, he was 10th in Paris-Nice and 7th in the Basque Country. He’ll fly under the radar a little, but don’t underestimate him.

Alex Edmondson – he’s the type of rider who could surprise here. He is a fast rider and has the punch required to cope with the climb. Think back to 2020, he was 3rd in the lumpy TT in Andalucía.

Tom Bohli – loves this race, he always saves his best for it, he clearly likes racing on home roads. In the last three editions he’s finished 8th, 3rd and 2nd in the opening prologue. He only has one pro win, but it wouldn’t be that much of a surprise if he won this one.

Jan Tratnik – won the prologue here in 2019 and looked in great form in the Amstel Gold race. With such small margins likely to decide the day, he has a fairly good chance to upset the big names.

I’ll take another win for Stefan Bissegger. The kid is brilliant on his TT bike and has the sprinting speed required to punch up the hill.