Up a mountain and then down again, this is a fun looking TT. 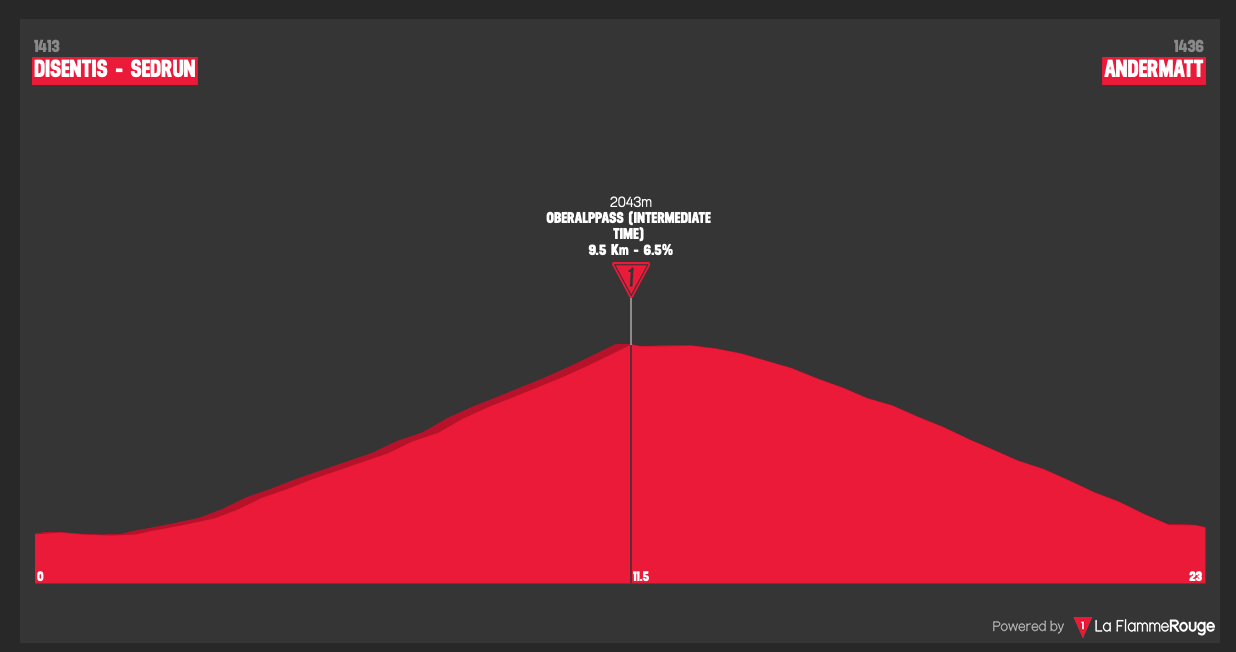 The climb makes it too hard for the heavy specialists, to win this stage you must be an excellent climber.

9.6km at 6.5%, this is a going to be tough, especially as the riders must climb to 2038m above sea level. The descent off the climb is easy, apart from a few hairpins near the bottom. It will be interesting to see how much time the small climbers will lose on the downhill, this will have a big say on who wins the stage.

Another nice day, it should be the same conditions for all riders.

Rohan Dennis – I expected him to challenge for the yellow jersey, but that fell apart in the first stage. His motivation will still be high, this is a good opportunity to show how strong he’s climbing with the Tour de France just around the corner. I don’t think he’ll be the fastest up the climb, but he’ll have 11.4km to make up the lost time. He’ll start the stage as one of the favourites.

Richard Carapaz – he’s looked very impressive throughout the whole race; this is chance for him to win his first ever TT. He’ll love the climb, he’ll love the altitude, and I don’t think he’ll lose that much going downhill. This is a chance to basically win the yellow jersey, even before the final stage, which is important as Sunday is quite a hard stage to control.

Julian Alaphilippe – this should be a good TT for him, but he’ll need to be at his very best to win. Thursday showed that he’s not climbing as well as Carapaz, but it could be different in this stage. We’re talking about one single climb, not a day with three or four of them, but will he be tired after today’s effort in the break?

Max Schachmann – goes very well on his TT bike, but is the climb too hard for him? I think it probably is, especially with the altitude. He’ll hope to limit his losses on the uphill, then fly down the descent. He has a chance of winning the stage, but not a big one.

Tom Dumoulin – with a hilly TT in Tokyo his big focus, it will be interesting to see how he goes in this stage. Given how much time out he’s had it’s very unlikely he’ll be challenging for the win, but you can never write off a rider with so much talent.

Jakob Fuglsang – it’s been a while since we’ve seen him compete for a win, Thursday would have been a confidence boost for the Dane. He’s normally very inconsistent on his TT bike, but given the form he showed on Thursday, he must be a contender for the stage win.

Mattia Cattaneo – always consistent on his TT bike, this is another stage where the Italian can challenge for the podium. Like Alaphilippe, he might be tired after today’s ride, this could be a step too far for him.

Another win for Richard Carapaz, he’ll fly up the climb.