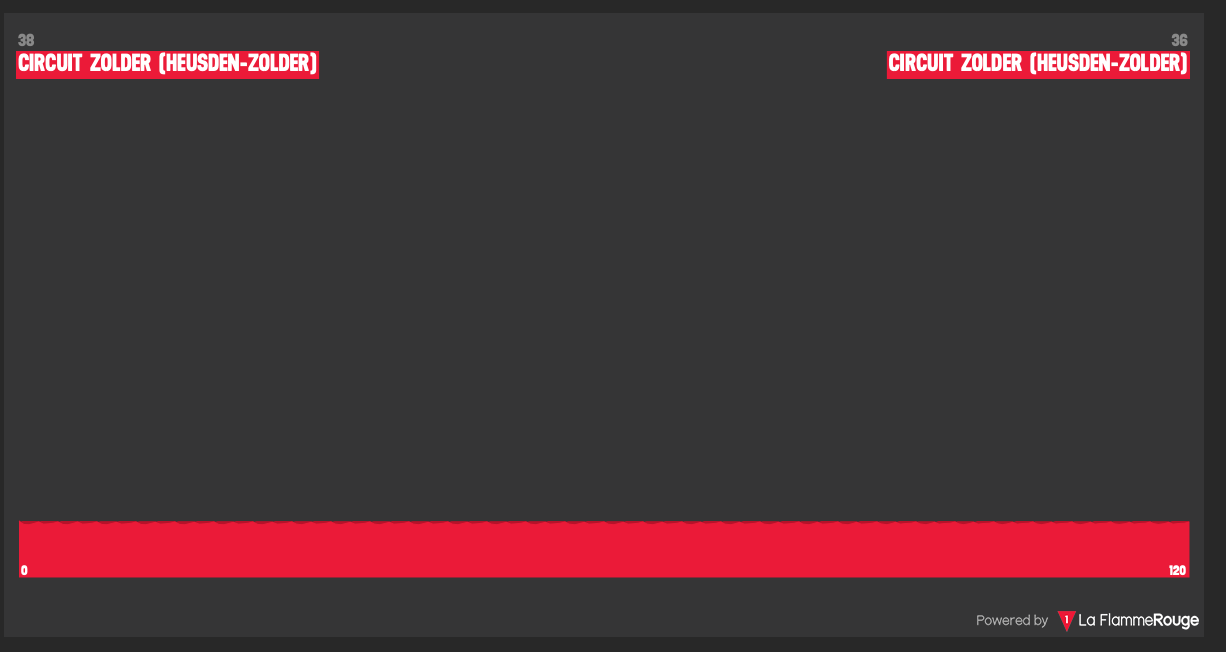 The second stage had to be cancelled after the horrific floods in the local area, but the organisers have managed to come up with an alternative at short notice, well done to them.

We now have 30 laps of a 4km circuit in Zolder. Basically, it’s going to be a slightly longer criterium race, but it’s good for the riders to have a race and not a rest day. The stage will end in a sprint, unless something strange happens.

Another lovely day in Belgium.

Dylan Groenewegen – it was great to see him taking his first win of the year in the opening stage. I don’t think anyone can appreciate what he’s been through since causing the near fatal crash to Fabio Jakobsen. That day was awful for both riders. Dylan’s actions cannot be excused, he closed the door on Fabio and caused him to crash. He has since served his ban and is free to race again. What he didn’t deserve was the hatred he received on social media; this was totally unacceptable. He caused the crash, but he cannot be held responsible for the injuries Fabio incurred, this was mainly due to the awful barriers and ridiculously dangerous sprint, the fault of the Tour of Poland organisers, not Dylan. Closing the door is something we used to regularly see in sprints, hopefully no more. Groenewegen didn’t have any physical injuries to recover from, but he had a massive mental battle to deal with. Today’s win was a sign that he’s back where he belongs, it was a huge day for him. Stage 2 is another chance for him to take a win, but Jumbo-Visma have one less man has Olav Kooij had to abandon due to illness. He starts as the big favourite.

Fabio Jakobsen – today was his first shot at challenging in a sprint since his return to racing. It’s only natural that it would take a while for Fabio to get back up to racing speed, I expect him to be better in this stage. This is probably his last chance in this race, it would be great to see him in the mix for the win.

Hugo Hofstetter – second today, I didn’t expect that. The French sprinter is fast, but he rarely wins. This stage doesn’t suit him well, he prefers a few hills to slow down the pure sprinters.

Gianni Vermeersch – he was third today, which surprised me as I expected Krieger to sprint for Alpecin-Fenix. The Belgian is a solid rider, just like Hofstetter he prefers a few lumps along the way. Alpecin-Fenix have a good sprint train at this race, the stage might not suit Vermeersch, but he has a chance of challenging for the podium.

Alexander Kristoff – UAE managed to finish 4th, 5th and 7th today, they must have been frustrated not to make the podium. In the last year and a half Kristoff has taken just one win, okay, it was the opening stage of the 2020 Tour de France, but it’s still not a great record. The criterium style suits Gaviria better, we’ll have to see who gets the nod.

Giacomo Nizzolo – he’ll be disappointed with his 9th place today, but he’ll find it hard to challenge for the win given the criterium style.

The confidence is flowing, I think we’ll see Dylan Groenewegen take another win.