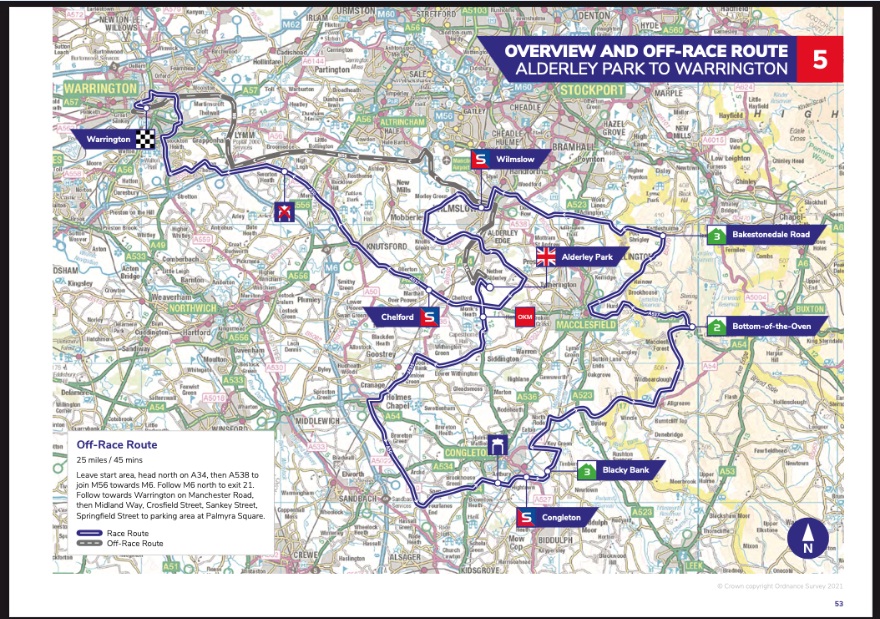 The first of the big sprints.

We do have a couple of steep climbs in the opening half of the stage, but this should be for the pure sprinters. Teams with a fast man won’t want to miss out, there could be just two chances for them.

It doesn’t look very nice. There is a chance of rain throughout the stage, and we could even get a thunderstorm. 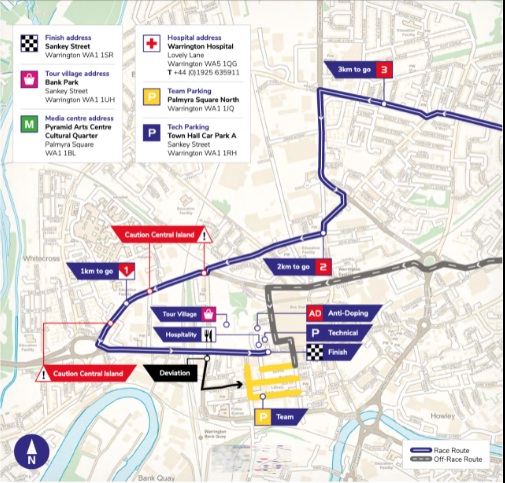 Straightforward. The final corner is with 700m to go, a good position is required for that one.

Mark Cavendish – he’ll start the stage as the favourite, and rightly so. With the likes of Honoré, Alaphilippe, Lampaert and Ballerini to lead him out, Cavendish will start the sprint from the front. After a brilliant Tour de France, the confidence will be flowing, and he’d love to take a win on home soil.

Wout Van Aert – flying! He’ll look to take the wheel of Cavendish and see if he can come round him. Given his current form, that is possible.

Giacomo Nizzolo – he’s unlikely to be faster than the big two, but he should be challenging for the podium.

Andre Greipel – can the Gorilla turn back the clock? He couldn’t challenge for a win in the Tour de France, but he should be up there in this stage. The problem is his lead out, he doesn’t have many men to help in the closing stages.

Nils Eekhoff – second in the first stage was a great result, but he’ll want more. The problem is a flat sprint isn’t as good for him, a place on the podium would be a good result.

Dan McLay – every so often he pops up with a big result, keep an eye on him.

Ethan Hayter – I don’t think he’s fast enough to take the win in a flat sprint. He trails Van Aert by 2 seconds on GC, but the Belgian would normally be faster than him in a finish like this. He’ll hope for a perfect lead out and a podium finish.

Ethan Vernon – the young Englishman is fast; he recently won a stage in Tour de l’Avenir. Riding for the GB team means he’ll be starting his sprint from a little further back, but he has the speed to surprise some of the bigger names.

Rory Townsend – 5th on the first stage was a great result, beating that in a flat sprint will be hard.

He’s got the best lead out and extra motivation to win on home roads, I’ll take a win for Mark Cavendish.