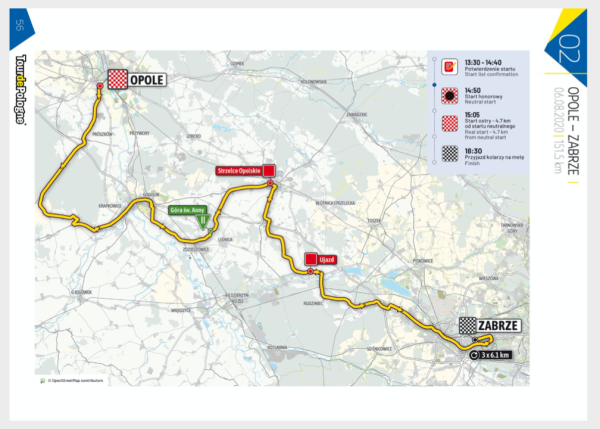 After today’s horrific crash I hope this stage is much safer. 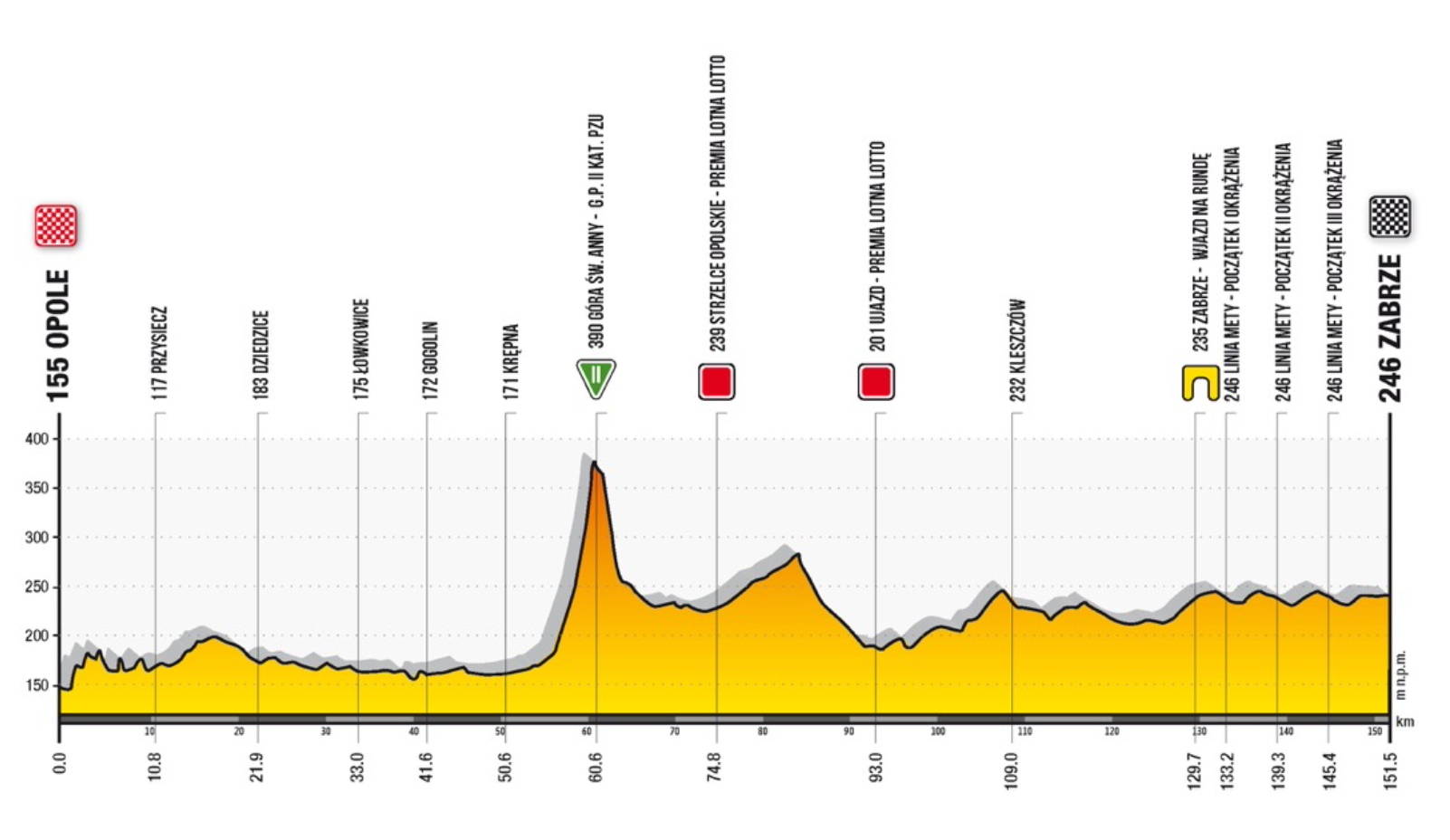 The lap circuit in Zabrze is another finish that’s been used many times before. 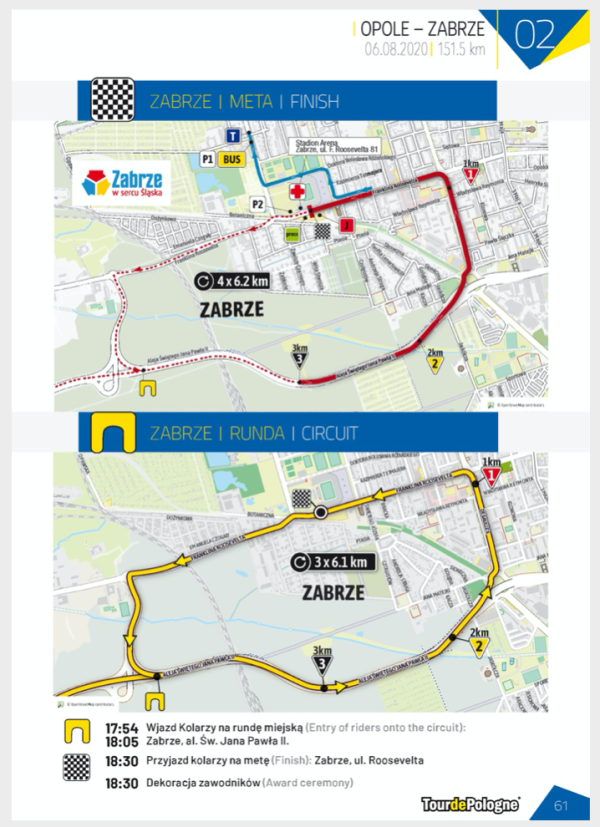 At 4km to go the riders move onto a motorway, which lasts for 2km. This section is an opportunity to move your sprinter into the right position, but beware, the bunch will be flying at this point. The big issue is the move from the motorway to a much narrower road, just after the 2km sign. Straight after this the riders fly through a roundabout, which really lines out the bunch. The exit of the roundabout comes with 1.5km to go, and the pace will be very high, then the final corner comes at the flamme rouge.

It is almost impossible for riders to move up the bunch in the final 2km, thanks to the road and speed of the bunch. If you want to win this stage you need to be near the front of the bunch at the 2km flag. This means the section on the motorway is vital and teams with longer sprint trains will be at an advantage.

Some sunshine and not too hot.

Pascal Ackermann – the German will start as the massive favourite as his main rivals won’t be racing. His limited lead out train is a problem, but both he and Selig are very good at getting to the front and staying there. His record in this race is very good and most will fully expect another win from him in this stage.

Jasper Philipsen – crashed pretty hard today, but initial reports were that he was okay. The Belgian is a very talented sprinter, I’m still waiting to find out which team he ends up with next year. It’s difficult seeing him out sprinting Ackermann, but it’s certainly not impossible.

Luca Mezgec – looked good today, particularly when you consider he doesn’t have a sprint train. Having been a very good lead out man, Mezgec knows how to handle himself in the closing kilometres. The problem is winning without a sprint train, it’s almost impossible.

Edward Theuns – as I thought, Trek had the best sprint train today, but it didn’t work out. When the sprint was launched, Theuns was stuck on the wrong side of the road, eating far too much wind. They’ll go away, review what happened and come back fighting. Having the best train will secure a great position in this stage, Theuns should be challenging for the win.

It will be very hard for anyone to beat Pascal Ackermann.