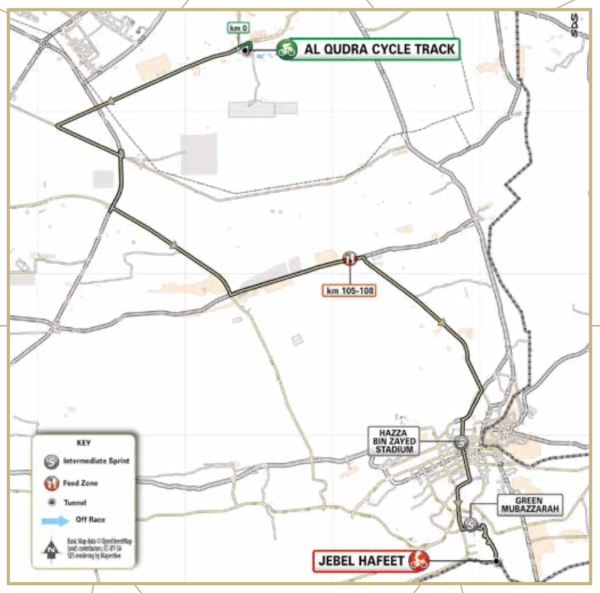 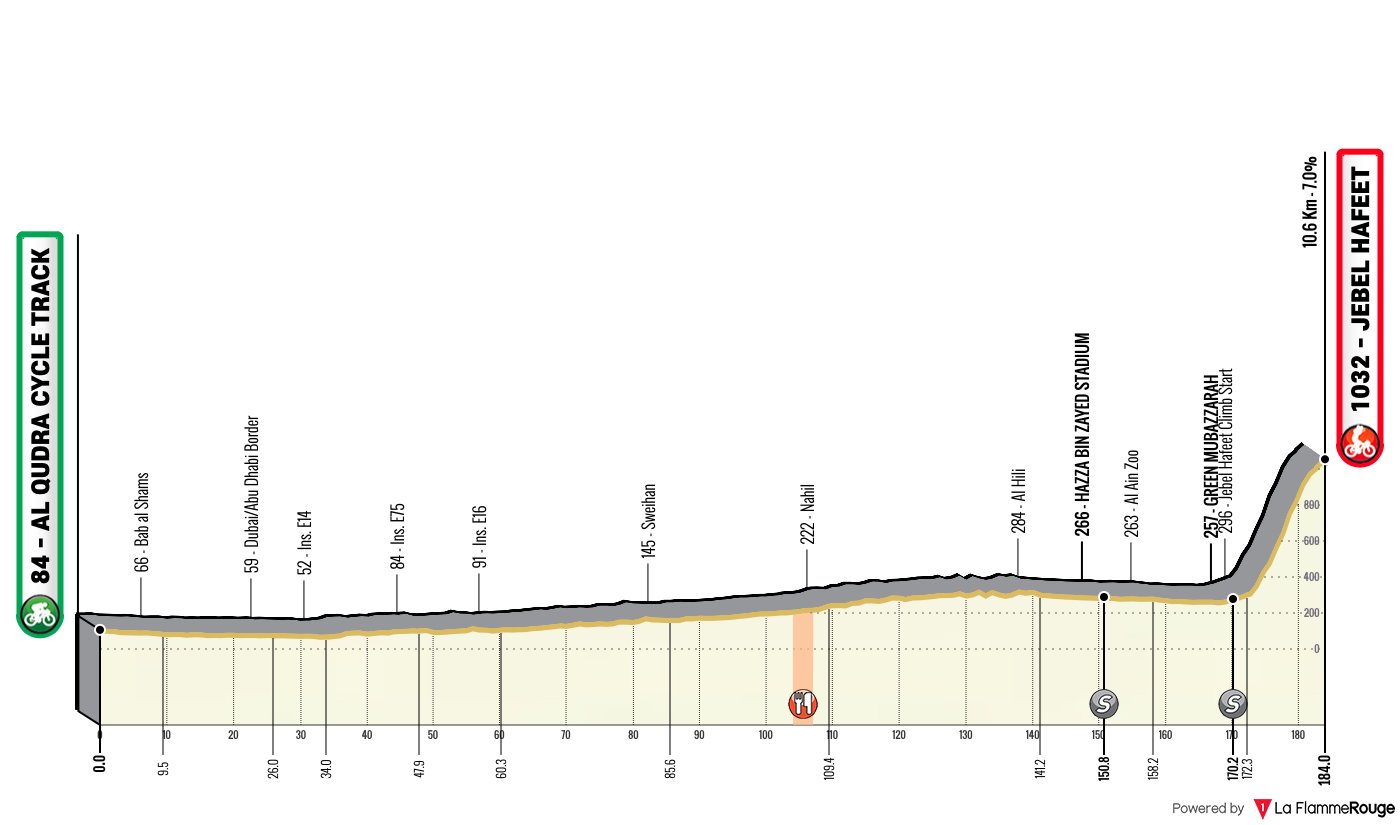 Plan flat before the climb, the only thing that could happen is some wind to get the heart rate up.

Very little wind, the climbers will be pleased. Some won’t be overly impressed with the heat; it’ll make the climb harder than it seems.

9.2km at 7.2% is a tough climb, but it’s very boring. Taking place on a three-lane highway, there isn’t much to see and we don’t see any real action until the final 4km. At that point a group will get off the front and won’t be seen again. If you’ve seen this race before, you’ll know that the final kilometre dips down a little, before kicking up to the line. The winner of the stage is usually the first into the final corner, and its usually Alejandro Valverde!

Tadej Pogačar – after his performance in Valencia, he has to start as the firm favourite. UAE are desperate to win their home race, and they have a strong team to support their young Slovenian. He can count on the support of Ulissi and Formolo on the climb, but will he go long like during the Queen stage of Valencia? After beating Valverde in the uphill sprint during the same race, he’ll be confident of winning this stage from a small group, even if the former world champion is there. Everyone knows that he really wants this one, I wonder if that could work against him.

Emanuel Buchmann – after his brilliant performances in 2019, he’ll fancy his chances of winning this one. The German is one who has favoured incremental improvement over the last number of years, something I’m a big fan of. Bora arrive with one of the strongest climbing squads, they’ll have Mühlberger, Konrad and Majka to support their young German super star. Buchmann has a fast sprint, but probably not as quick as Pogačar.

Alexey Lutsenko – he couldn’t follow Quintana going up Ventoux, but I reckon he could last deep into this climb. This isn’t as hard as Ventoux, something which plays into his hands. Just like in the Tour of Oman, he’s very familiar with one big climb at the end of an easy day, it seems to suit him well. Given his sprint, he’s a rider no one will want to take to the line. Expect to see the pure climbers looking to distance him in the final 4km.

Alejandro Valverde – has won here the last two times we’ve visited. Valverde knows exactly when to make his move on this hill, but does he have the legs to do it again? After his poor performance in Valencia, I have my doubts.

Wout Poels – this is one he’ll like the look of. He was close to catching Pogačar in Valencia, which will have given him some confidence. Poels is used to riding for others, it will be interesting to see how he approaches the climb. Will he go for the usual Sky/Ineos approach, or will he try something new? Wouldn’t it be fun if he let fly from distance?

David Gaudu – 3rd here last season, finishing on the same time as Valverde and Roglič. One year on, he should be stronger and looking to challenge for the win. You all know I’m a big fan of the French climber, he’s one that rides with style and flair. He is a brilliant climber, but he would have been a little disappointed with his performance in Tour de la Provence. That could be explained by a negative bounce that riders experience after coming down from altitude. That cannot be used as an excuse this time, he needs to deliver.

Adam Yates – this is his first race of the season, so form is unknown. On paper, this climb should suit him well and he should be challenging for the win. Yates started last season in strong fashion, before fading away at the Tour de France. I wonder if he’ll start this year quite as strong or favour a slower build up?

Giulio Ciccone – as I mentioned in my overall preview, this is a big moment for the Italian climber. He is no longer looking to be a breakaway artist; he is now trying to win from the main bunch. His recent win in Trofeo Laigueglia will have given him confidence, but this is a different league. I’m excited to see how he matches up against the best climbers, I have high hopes.

Wilco Kelderman – was flying on Teide, but didn’t hit the ground running in Tour de la Provence. He’s tried to win here many times, but couldn’t manage it, even with Tom Dumoulin as a domestique. I’m not sure he’ll make the front selection, but should be in the top 10.

Pogačar v Buchmann, two of the riders who defined 2019. I’m looking forward to seeing them go head to head, may the best man win! At the end of the day, it will be Tadej Pogačar taking the stage.