A day by the sea. 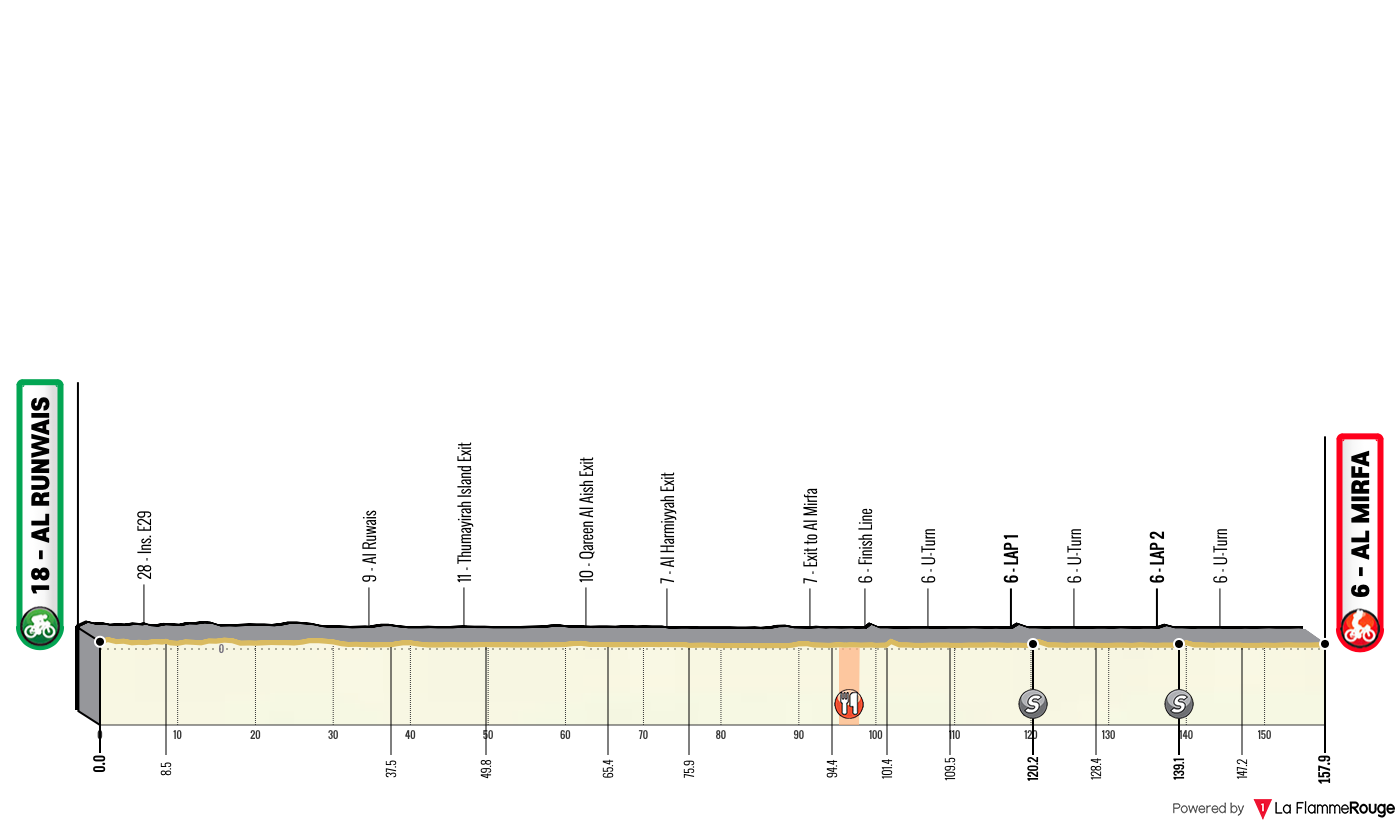 Nothing to talk about here.

We are right on the sea for the whole day, which could mean echelons. The wind is around 15km/h and comes from the north-west. That means a cross/tailwind for the vast majority of the stage. The wind isn’t strong, but the direction is perfect, hopefully someone lights up a dull stage. 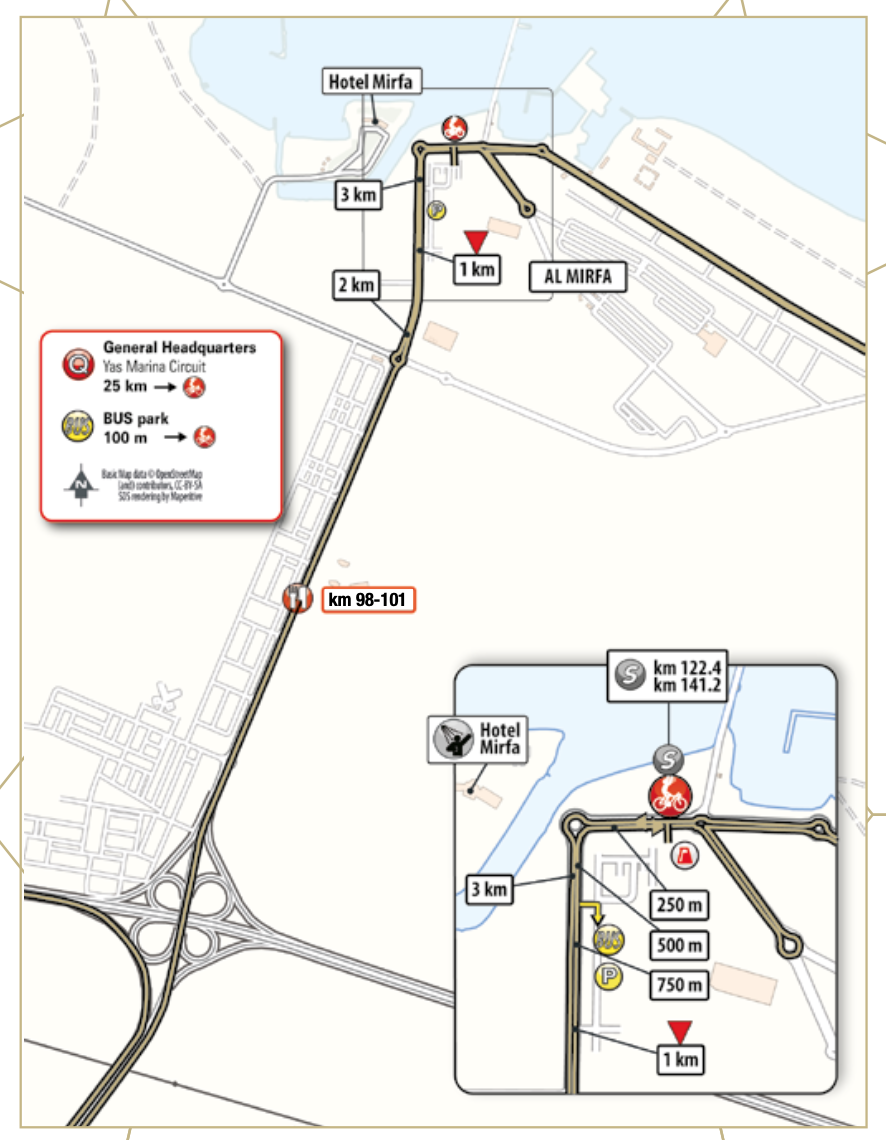 What’s going on here then? They head through the finishing line the wrong way, do a complete turn at the roundabout with 2km to go, and head back to the finishing line, before taking a final corner with around 400m remaining. This is a joke of a finish.

Sam Bennett – no stage win yet for the Irish sprinter, that will be cause for some concern. On two occasions his lead out has been good, but then they’ve just lost it near the end. This race has been billed as the sprinting world championships, not winning a stage could well leave a little dent in his confidence. QuickStep are the best in the business, they’ll be closely analysing what’s gone wrong and looking to fix it. On Wednesday, it was very interesting to see Archbold in as final man, the first time that has happened this year. Strangely, Mørkøv still seemed to do the job of a final man, I’m not too sure what went on. The Dane was a DNS today, which means the lead out won’t be at its strongest, but with Steels and Archbold, they still have plenty of firepower. Bennett will be fired up, the team will be fired up, can they deliver the win?

Dylan Groenewegen – he’s just so bloody fast! Jumbo-Visma got him into a reasonable position on Wednesday, and boy did he deliver. All things being equal, I think he’s the fastest sprinter in cycling. The Dutch fast man has so much power, he really is incredible to watch. Going into this stage, I think the plan will be the same. They won’t dominate the final 2km, but the aim will be to get Groenewegen in the first five riders for the final corner. If that happens, he’ll be confident of winning.

Fernando Gaviria – he’s in the same position as Bennett, no win yet. This race hasn’t been the success UAE would have wanted, now Gaviria has two chances to add to Pogačar’s win. As I’ve mentioned in my other previews, he is suffering due to a shortened sprint train. Richeze is great, but he can’t do the job of three riders. Most of the time, this means Gaviria starts from too far back and can’t compete for the win. Will this change?

Pascal Ackermann – he’ll have set himself a target of one win this week, and he’s already achieved that. The German can now ride with a certain amount of freedom, knowing that the pressure is on the shoulders of Bennett and Gaviria. He doesn’t have a long train, but he’s actually very good at staying at the front of races without much help. In Rudi Selig he has a wonderful lead out man, the two of them seem to have no problem staying close to each other and making the right decisions. Can he take win number two and make a big point?

Caleb Ewan – the little Aussie has been there or thereabouts in the sprint stages. His hugely impressive win on Hatta Dam was great to see, but you can bet he wants to win a flat sprint. His lead out train isn’t long, but Van Der Sande and De Buyst are both excellent at their jobs. If they get him in a good position, he would hope to finish off the job.

I’ve gone with Bennett in both stages so far, should I switch allegiance? Without Mørkøv, QuickStep will be lacking a little punch, which actually means Jumbo-Visma have the longest train. I’ll go for Dylan Groenewegen to take another win.