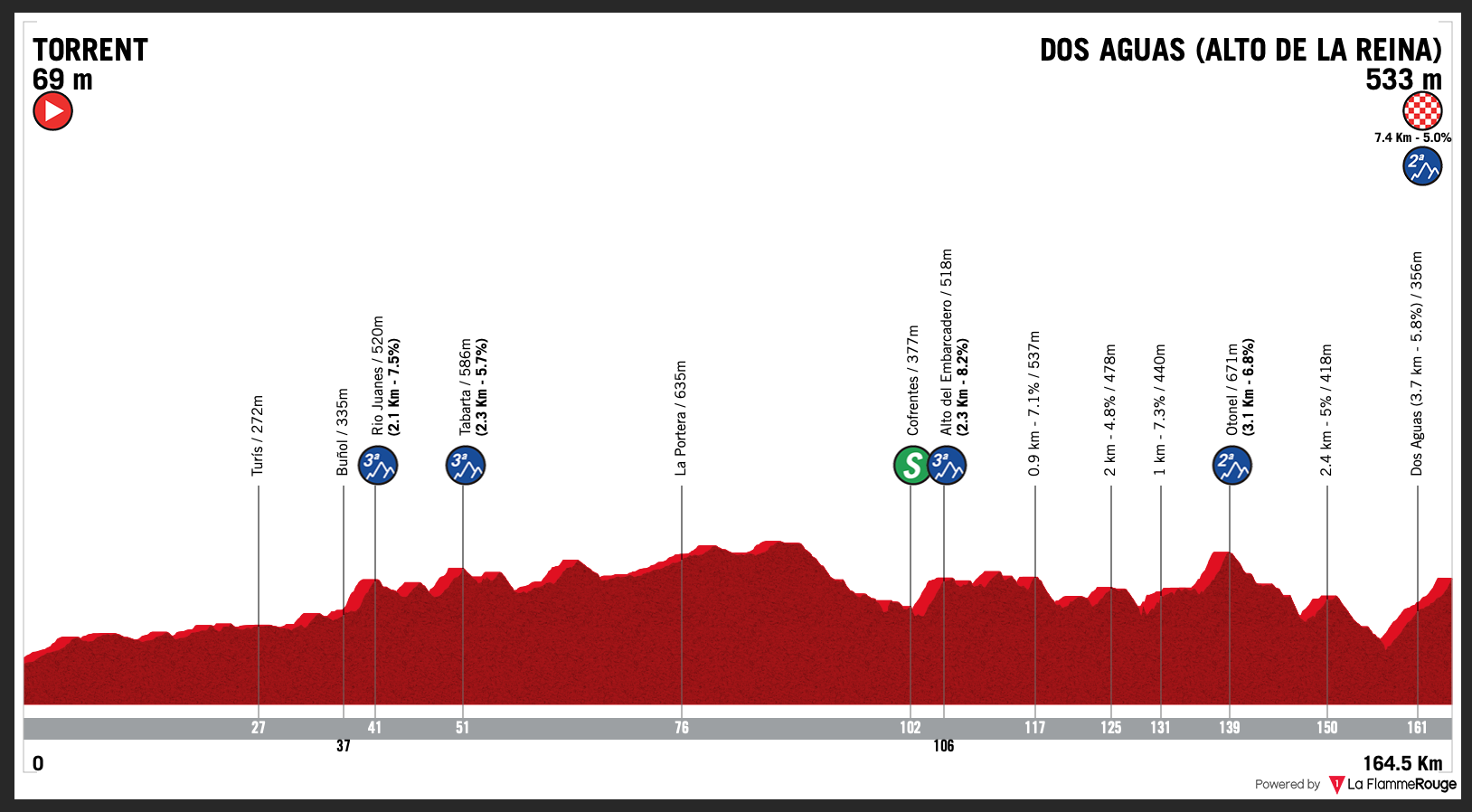 Strap yourself in, this stage is bonkers. 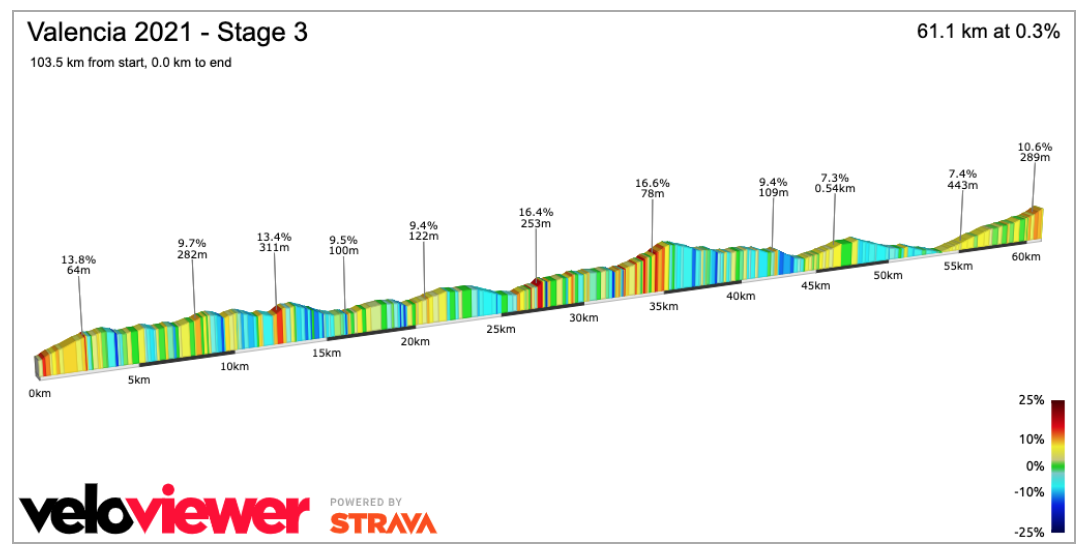 Containing 1723m of climbing, the final 60km is incredibly difficult. It is full of steep little kickers, narrow roads and very fast descents. The road surface isn’t very good either, it contains some very rough sections.

This picture gives a good indication of what I’m talking about. Steep and narrow.

The descents are very fast, and taking place on narrow roads means you need to be able to handle your bike.

I nearly forgot to mention the tunnels! Some riders will love this, others will hate it. Knowing the roads will give a huge advantage.

Cloudy, but if the bunch are lucky they might just avoid the rain. If the descents are wet it’s going to be very dangerous. The wind is light and is coming from the east, which does mean a headwind for much of the final 60km, but it shouldn’t be too much of a problem.

This is one of the many uncategorised climbs that feature in the run for home, it’s 700m at 8.9%, and is tough.

This is the cat 2 climb of Otonel, but I’ve included the section before the climb too. Once onto the classified section it gets very steep and I’m sure we’ll see a big selection at this point. The crest of the climb comes with 26km to go, it features technical descents and some uphill sections.

The final climb is 7.5km at 4.9%, but that does include some flat sections. The final kilometre averages 8.3%.

Groupama – FDJ are in the race lead, but they know that Movistar will be coming for them. The Spaniards don’t have many of the riders we’re used to seeing at the head of races, but they still have enough power to make the climbs hard and put Scotson into difficulty, I think he’ll be dropped quite early. Their next target will then be Stefan Küng, but given how difficult the final 60km are, I don’t see him surviving either.

We do have some good climbers riding for other teams, they’ll be hoping to follow the moves of Movistar and end up in the front group. We all know that Enric Mas is the standout climber in the race, when will he look to attack? Will he wait for the final climb? His biggest threat for the overall title comes from his teammate, Nelson Oliveira, we’ll have to see how they approach the stage. I think they’ll make the stage very difficult, Mas will attack, then they’ll see if anyone can follow.

Enric Mas – if he doesn’t win this stage then something is wrong with the world. He’s the best climber by a country mile, as long as he isn’t tired after the Basque Country he’ll take the stage. With a 14km TT to follow on Saturday, he’ll need some time in the bank over Oliveira and Küng, which means he needs to be aggressive. I hope he goes on the cat 2 climb and doesn’t wait for the final hill.

Élie Gesbert – the talented French climber is starting to get back to his best after almost a full year out. He’ll like the punchy nature of this stage; he can sometimes struggle on longer climbs. He’ll hope to follow the moves of Mas, and you never know, he might just sneak the stage win.

Rémy Rochas – he looked good in the first stage and he’ll hope for another good day here. It’s unlikely he’ll take the win, but he’s good enough to stay at the head of the race until near the end.

Savva Novikov – the young Russian is a rider many have been tipping for the top. This is a good chance for him to compare himself to Enric Mas, one of the best climbers in the world. A top 3 result would certainly catch the eye of the world tour teams.

If Enric Mas doesn’t win this I’ll eat my hat.