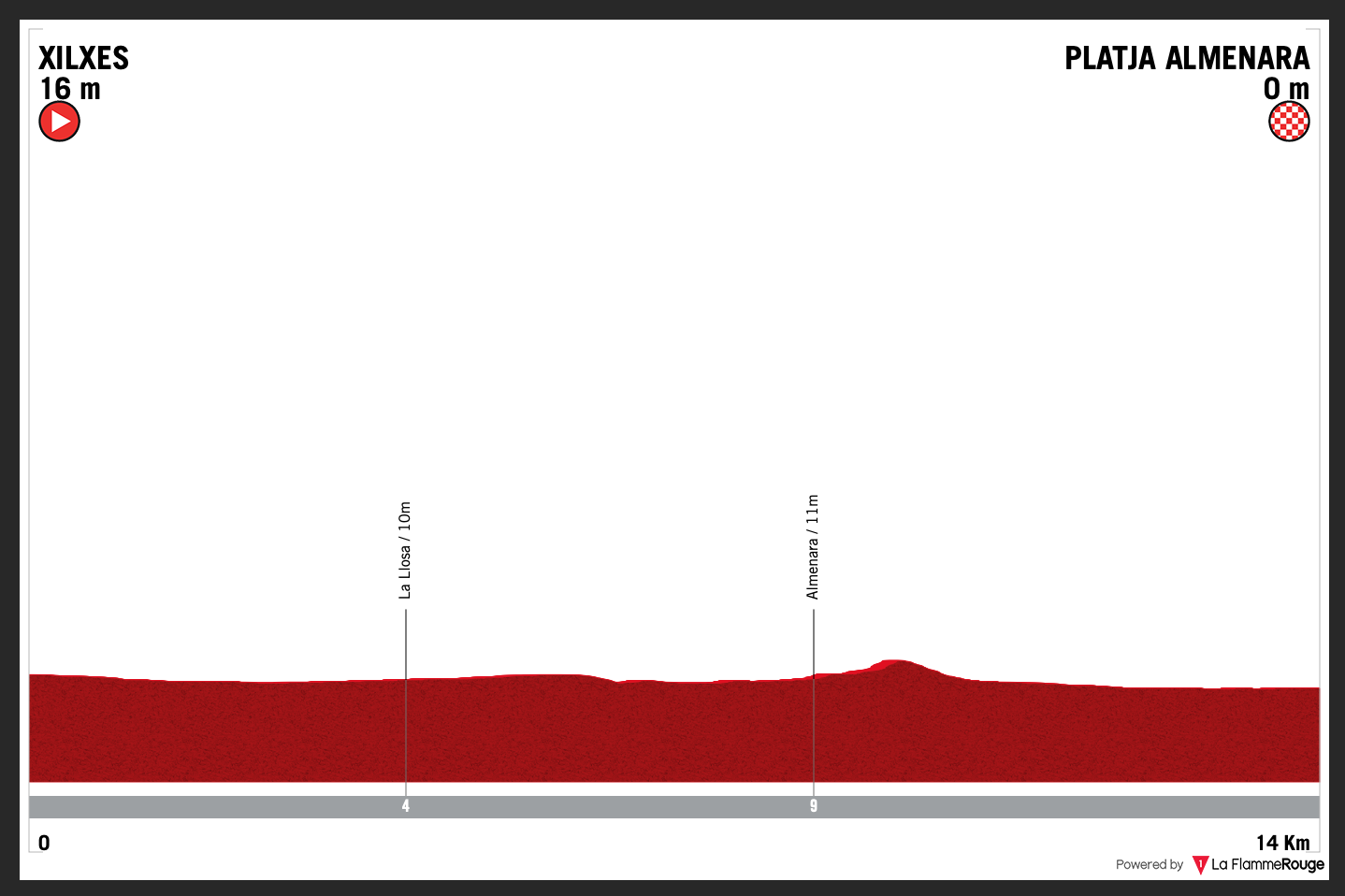 Wide roads, hardly any corners, this is a TT for the specialists. There really isn’t much to say about the route, there’s just one little climb after 9km.

Sunny and the wind will be around 10km/h. This will mainly be a headwind for the riders, but not very strong.

Stefan Küng – starts as the massive favourite to take the stage, but can he also win the GC? 51 seconds is quite a lot to make up on Mas in a 14km TT, but it can be done. Küng is the strongest TT rider in this race, he has to win the stage.

Nelson Oliveira – strong on the TT bike, but normally not as good as Küng. He sits just 5 seconds ahead of Küng, a gap he is likely to lose. It looks like he’ll be racing for 3rd place on the overall podium.

Enric Mas – took a good stage win today, but he would have liked a little more time in the bank for the TT. The Spaniard is very inconsistent on his TT bike, capable of very strong performances, but also some howlers. There is no guarantee he holds on to the race lead.

Miles Scotson – very good in TTs, but normally not as strong as Küng. He should be strong enough to make the podium, but would need to be flying to beat his teammate.

Joey Rosskopf – the American is a capable TT rider, given the level at this race he’ll be hoping to challenge for the stage win. If he’s on a good day, he can surprise the big names here.

Arnaud Démare – when he’s on form he’s capable of producing a good TT performance, it really does depend on his motivation. He’s already got a stage win, so his legs are clearly quite good, I think he’ll go full in this TT and see what happens. Winning will be hard, but he should be challenging for the top 5.

Magnus Sheffield – the track sensation might just be 18, but he has to be included as a contender for this stage. 14km might just be a little too long for him, but I hope to see him posting a fast time and putting the big names under pressure.

Stefan Küng to win the stage, but Enric Mas will just hold on to the race lead.