Another Grand Tour? Let’s do it.

The race kicks off right from the start. If you don’t quite have the legs, your GC campaign will be over before it starts. The finish in Arrate is one you’ll know from the Tour of the Basque Country. 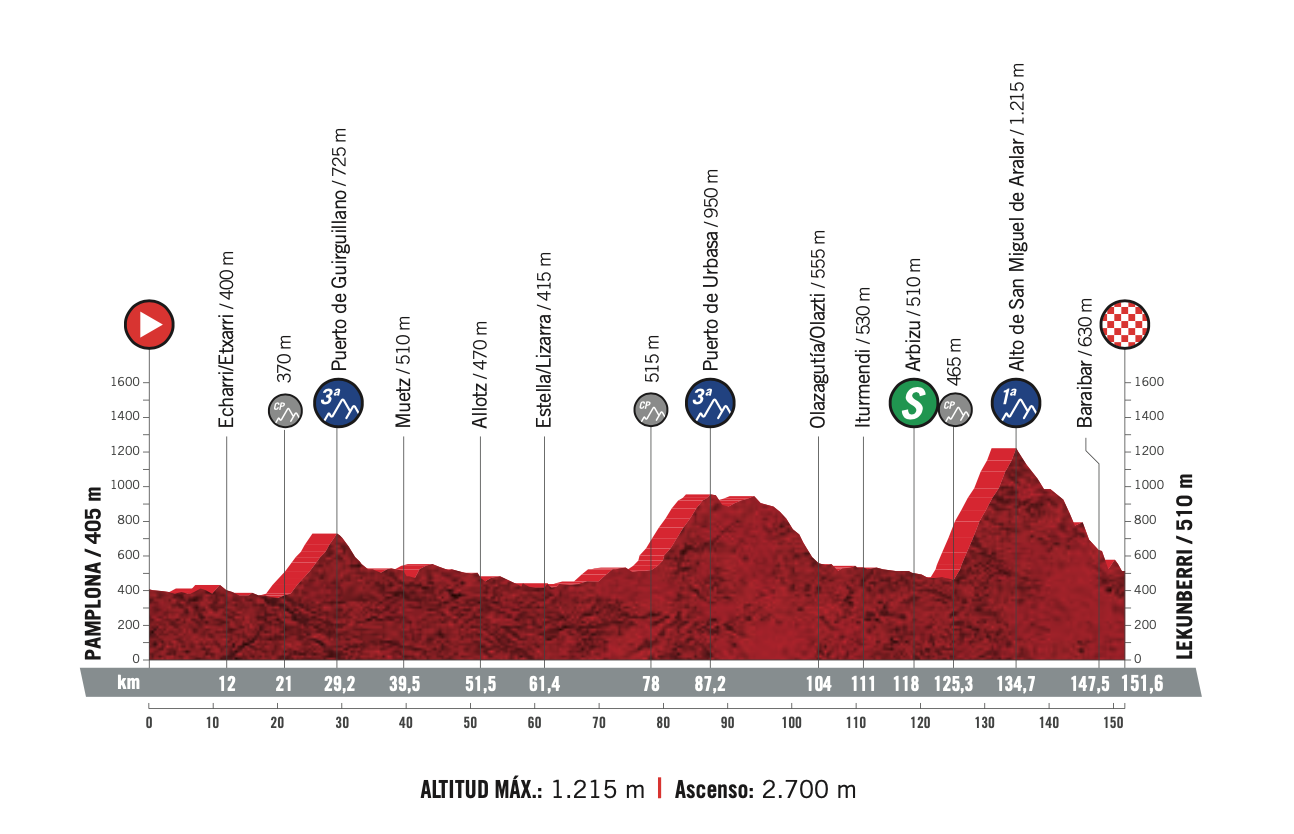 What a start to the race. Last time we were here, Fabio Aru took the win, but it was a mountaintop finish. It might only be day 2, but the GC will already be taking shape. 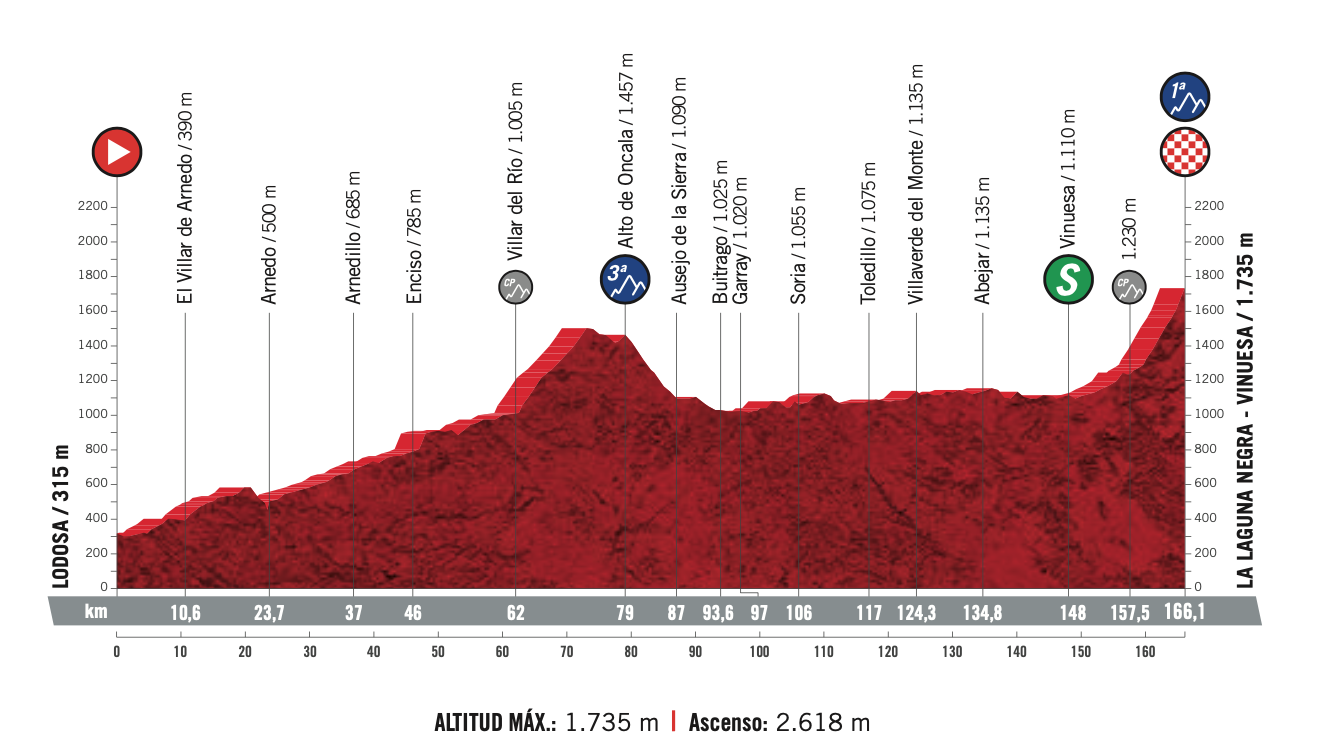 Don’t think I’ve ever seen a grand tour start with three mountain stages. This finish isn’t the hardest in the world, but it completes a really tough start to the race. 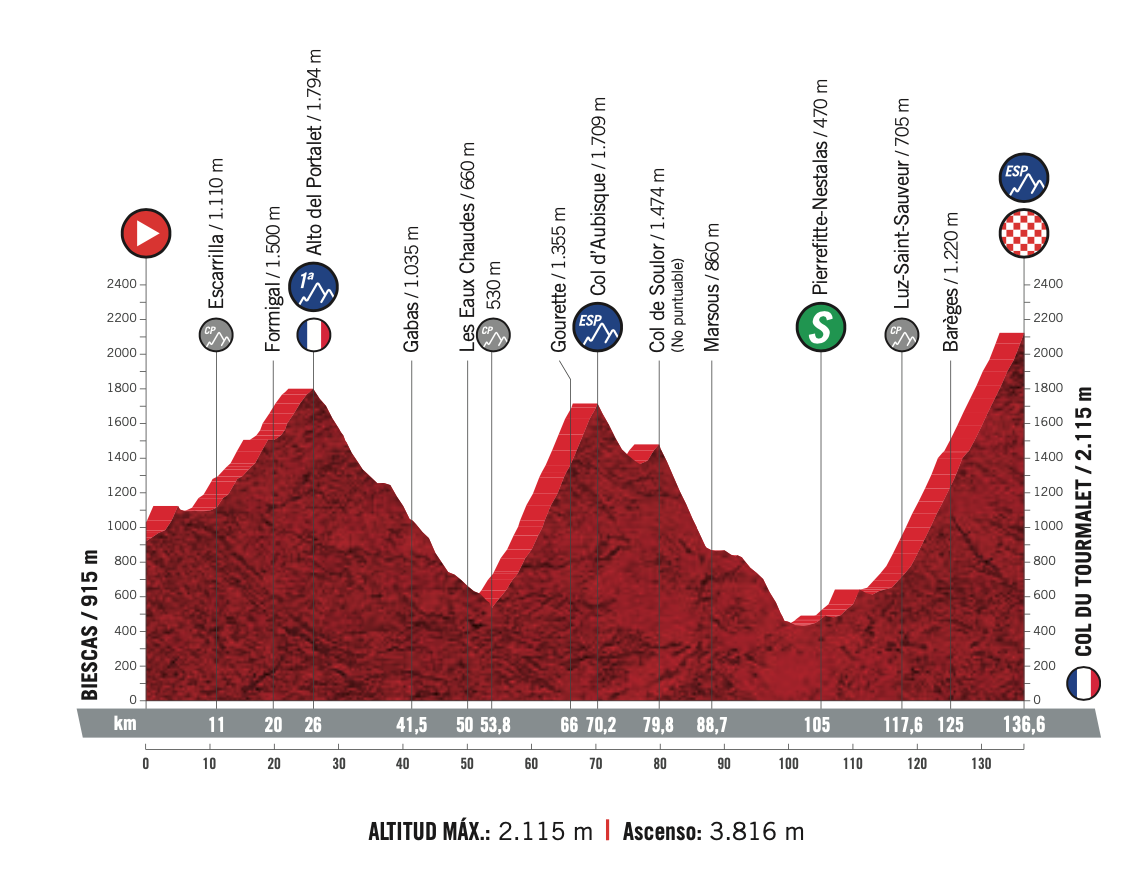 A huge day with the Aubisque and Tourmalet, hopefully the weather plays ball. 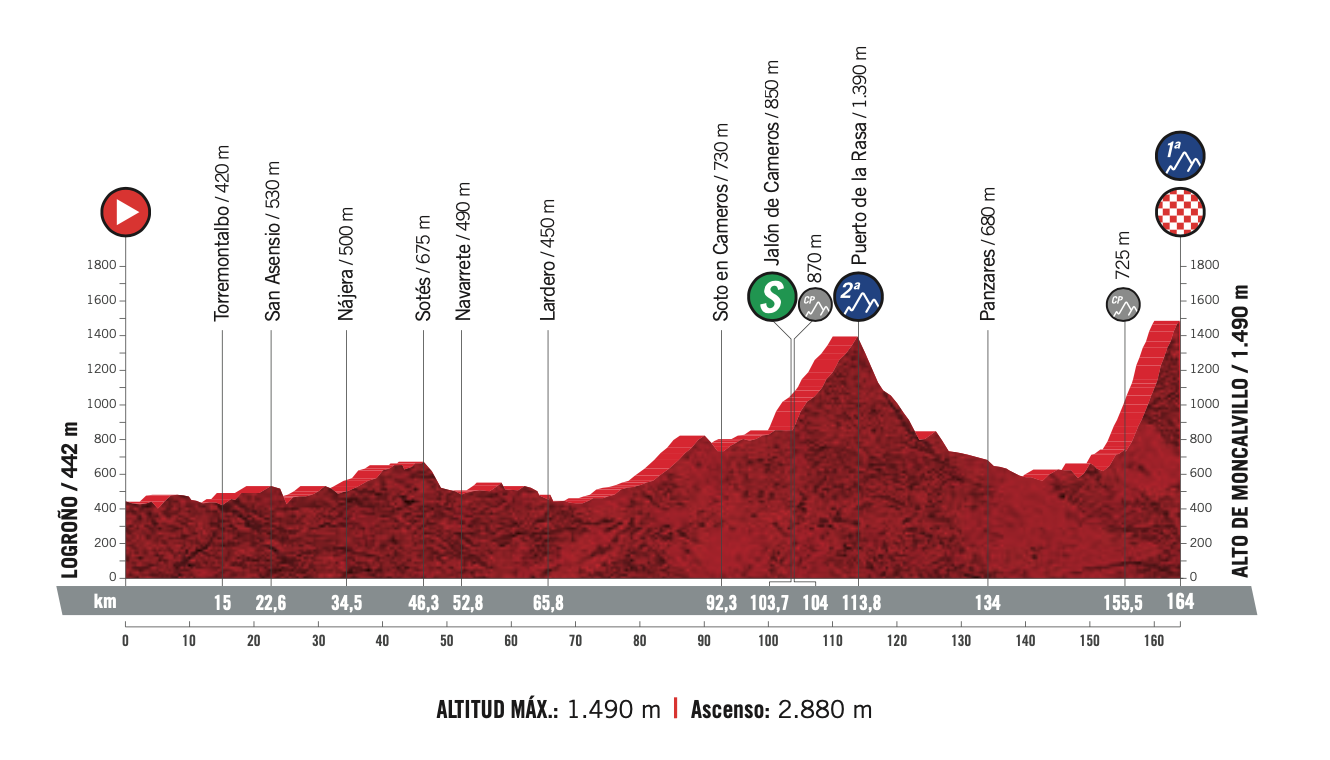 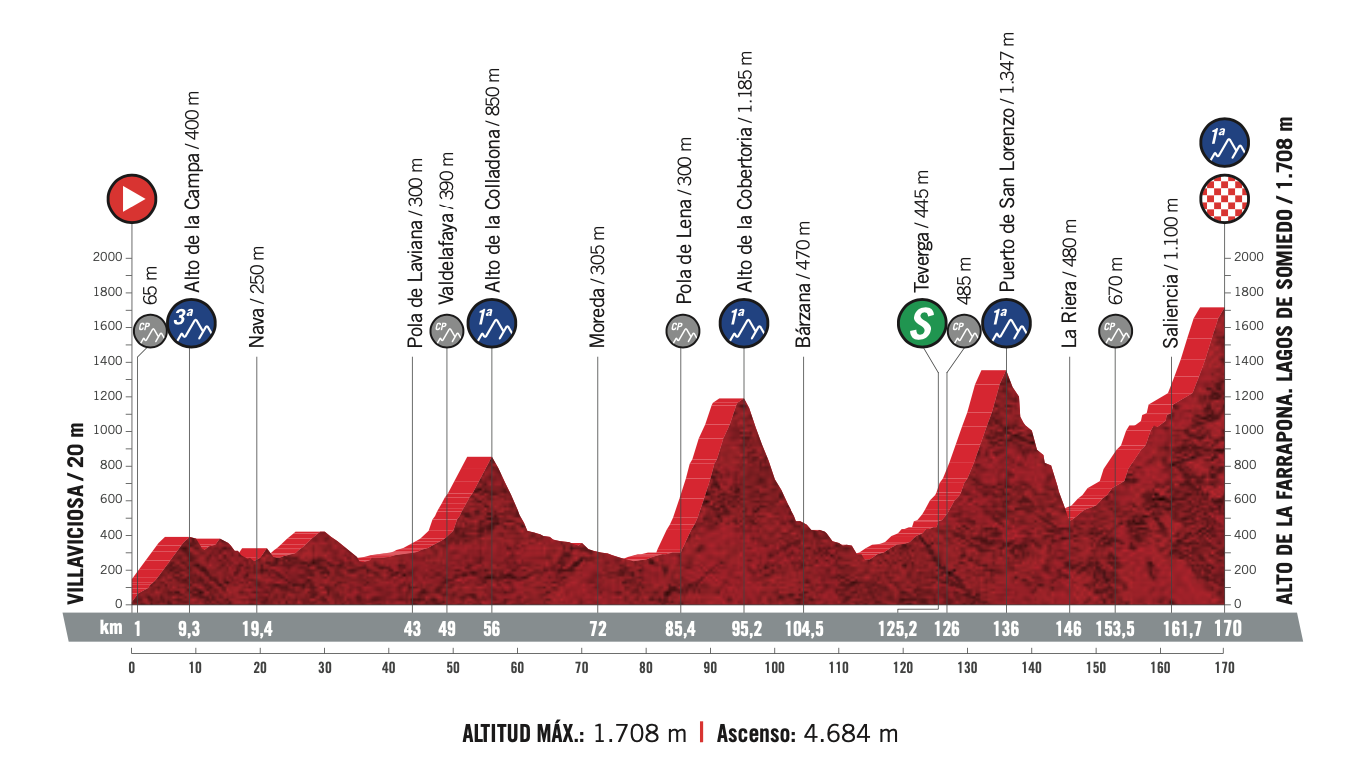 Another day with lots of climbing, we have some punishing cat 1 climbs this day. 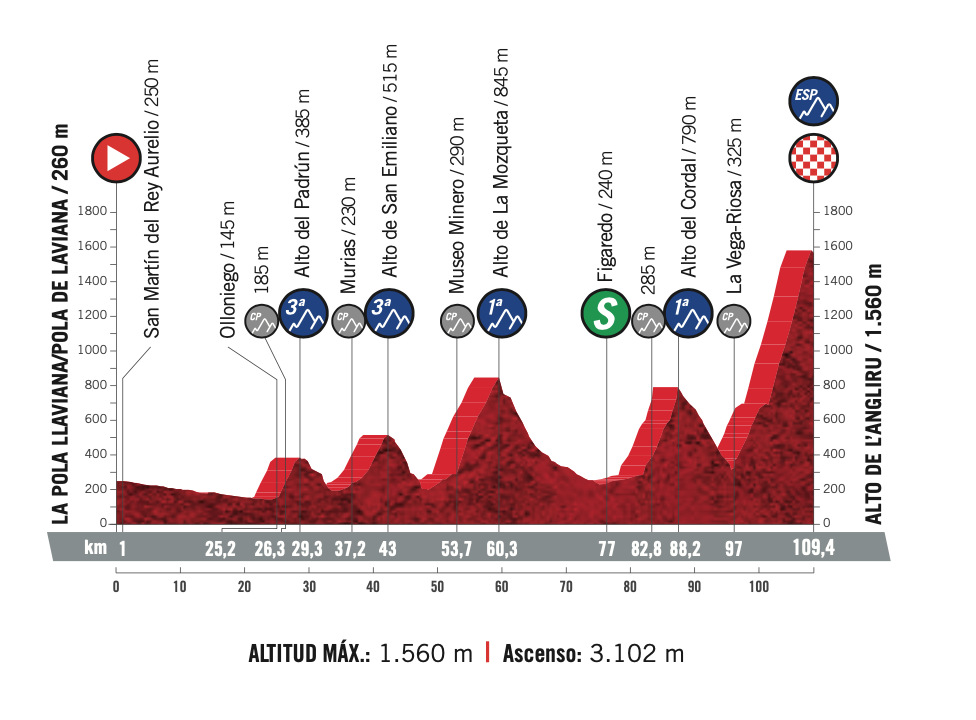 Alto de l’Angliru, one of the hardest climbs in pro cycling. 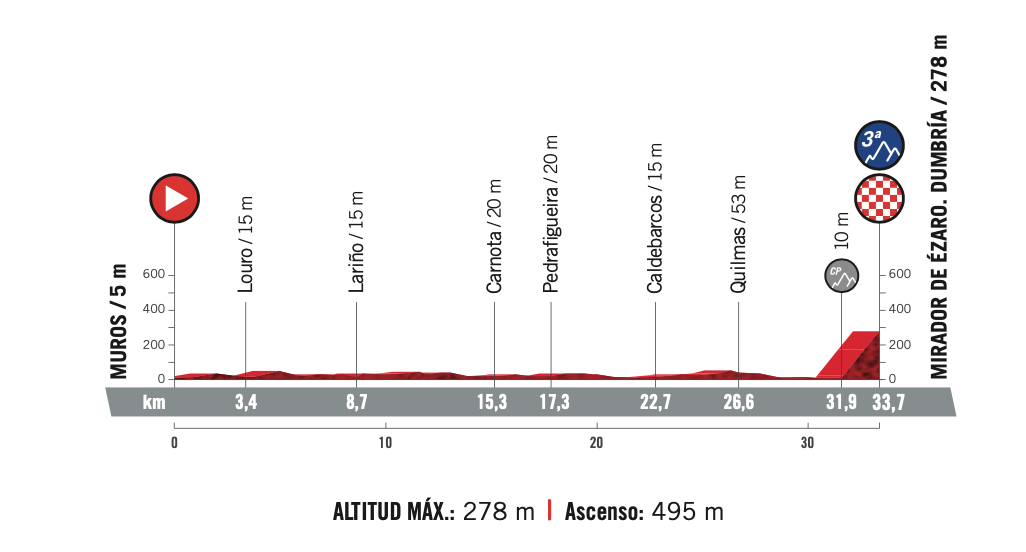 As usual, the ITT will be a decisive moment in the race. 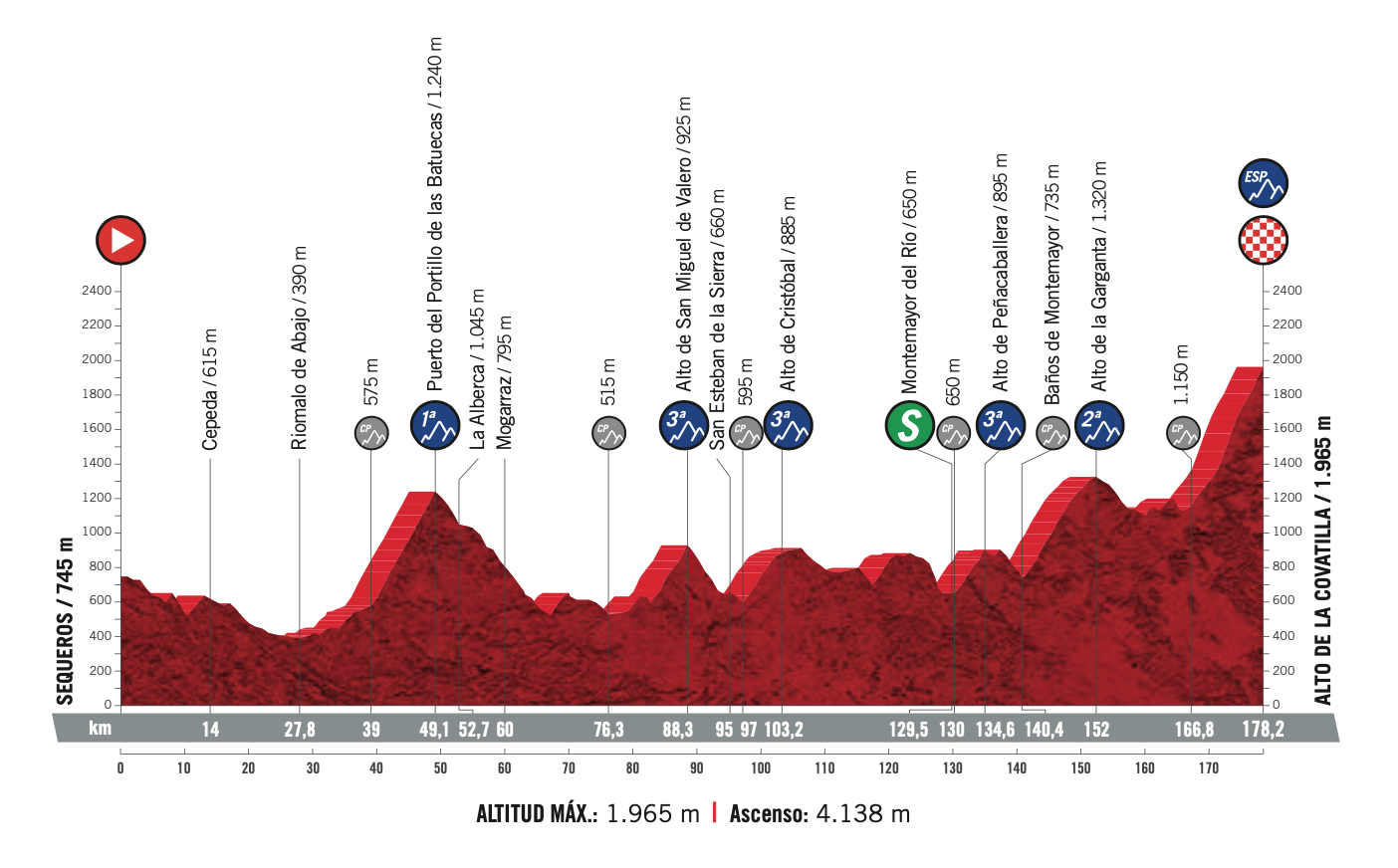 The final mountain stage. Will the battle for red go all the way to the end?

The race is going to take place in the north of Spain during the end of October and start of November. The winner of the red jersey will have to be a rider who can cope with the cold and rain.

Jumbo Visma – you pick their leader: Roglič, Dumoulin or Kuss. All three could win this race, which will give them multiple options. With so many mountain stages, having three riders high on GC will allow the team to put the others under severe pressure. The time trial is good news for Roglič and Dumoulin, it’s not so good for Kuss, but this race could be won in the mountains, not during the TT. The opening three stages will help the team work out who’ll be the big boss, we might get a little surprise.

Ineos – it should be all about Carapaz, forget about Froome. He ended the Tour in brilliant form, I expect him to hit the ground running in Spain. Ineos look to have a strong squad, but not as good as Jumbo-Visma. If Carapaz is going to win this race, he’ll need the legs of his life.

Astana – two clear options: Ion Izagirre and Vlasov. The Basque rider will be super motivated to do well with the majority of the race taking place close to home. He had to abandon the Tour, but he should be good for this race. Vlasov lasted two days over in Italy, he had to abandon after being sick. Enough time has passed for him to have fully recovered and this is a wonderful opportunity for him. Astana look strong.

EF – they have many good riders, but Martínez will likely be the leader. After winning the Dauphiné, he crashed early in the Tour de France ruining his GC chances. That allowed him to chase stage wins, which he did successfully, beating Bora on a steep uphill finish. He’ll be supported by Woods and Carthy, which is a strong climbing unit. I think the Colombian could be a rider who flies under the radar and springs a surprise.

FDJ – the French squad arrive with Pinot and Gaudu as team leaders. Yet again, Pinot suffered a massive disappointment at the Tour de France, injury prevented him from competing with the best. The same can be said of Gaudu, who crashed in the opening stage and suffered like a dog during the first week. If these two arrive with a good level, they should be amongst the best at the race. Both are wonderful climbers; I hope to see them at the top of their game.

Movistar – the trident is back, and this time actually looks strong. After Mas, Valverde and Soler all rode into some form during the Tour de France, they’ll start their home race in good spirits. Mas should be the team leader, but don’t discount Soler. His form towards the end of the Tour was reminiscent of his very best, which was very encouraging to see. If the three of them are on great form, they’ll have a big say in the outcome of the red jersey.

Esteban Chaves – I always had him down as a grand tour winner, but it’s never quite worked out for him. Now at the of 30, the time is running out for the likeable Colombian. Given the route, this is a great chance for him to remind everyone just how good he is.

Jumbo-Visma are too strong, they’ll win the red jersey. I’ll take a win for Tom Dumoulin.