Welcome to La Vuelta, my favourite grand tour of the year. This year we start up in the north, head down to the scorching south, then back up north for the finale. As usual the route is crammed full of tough mountain stages with eye watering gradients. Strap yourself in for three weeks of amazing racing. 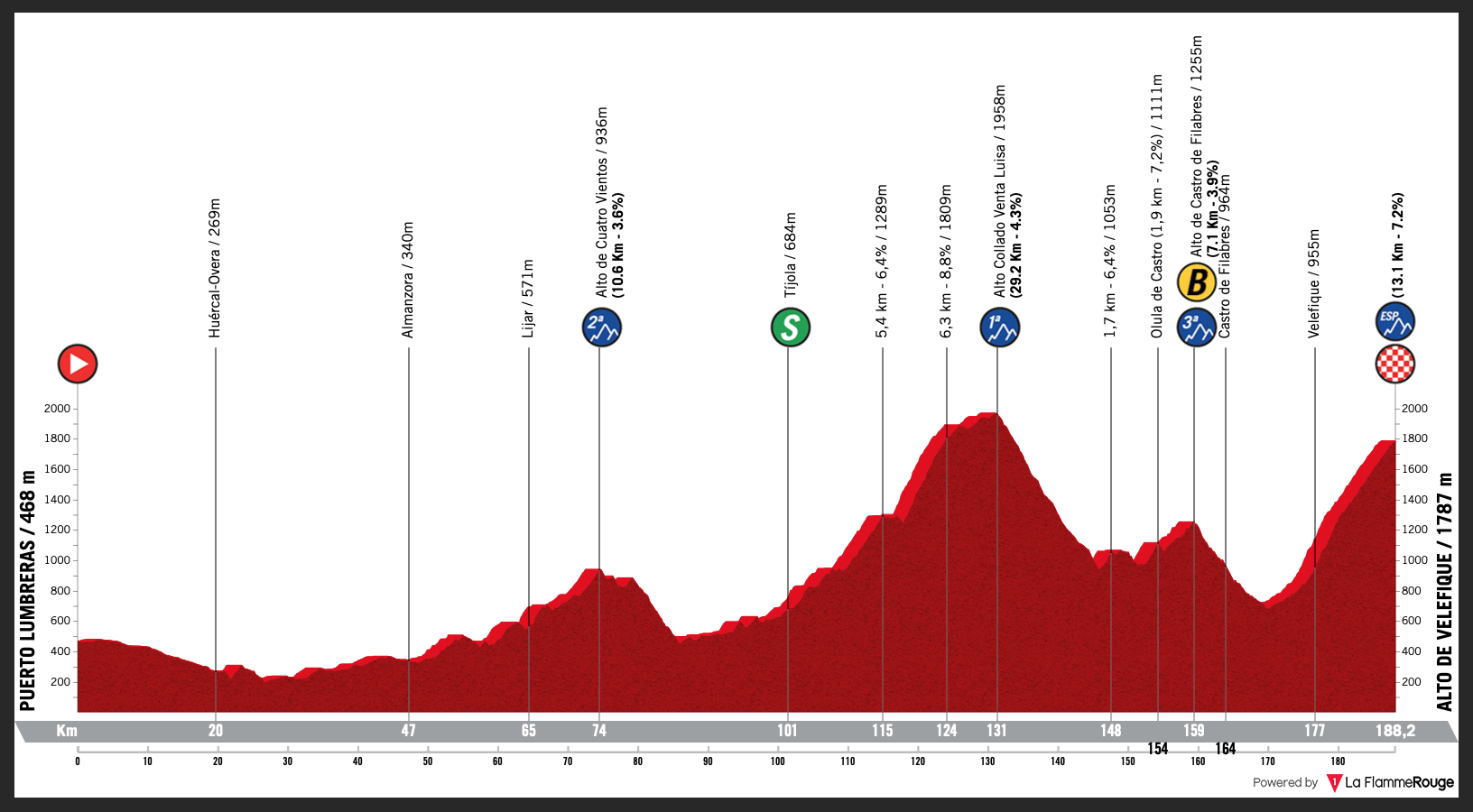 Alto de Velefique is back in the race, I can’t wait. It’s only been used as a finish once before, that was back in 2009 when Ryder Hesjedal took the win. The climb is long and punishing, this is when we’ll start to see who’ll be the main challengers for the red jersey. 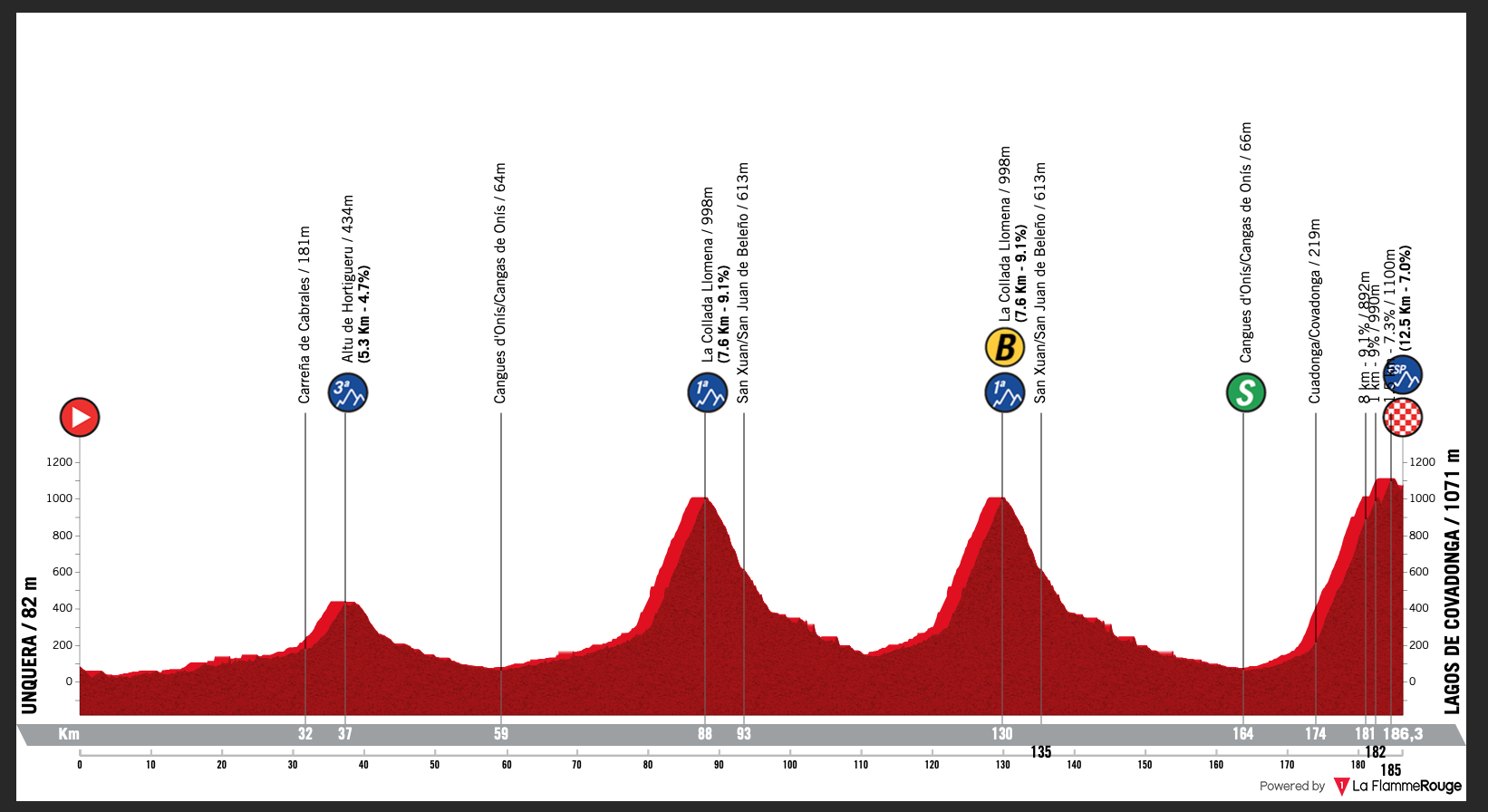 We return to Lagos de Covadonga, where Pinot won in 2018. This is a climb the Vuelta has used a lot in previous years, it’s a proper alpine effort and we’ll see big gaps on GC. It also the first of three huge mountain stages in the final week. 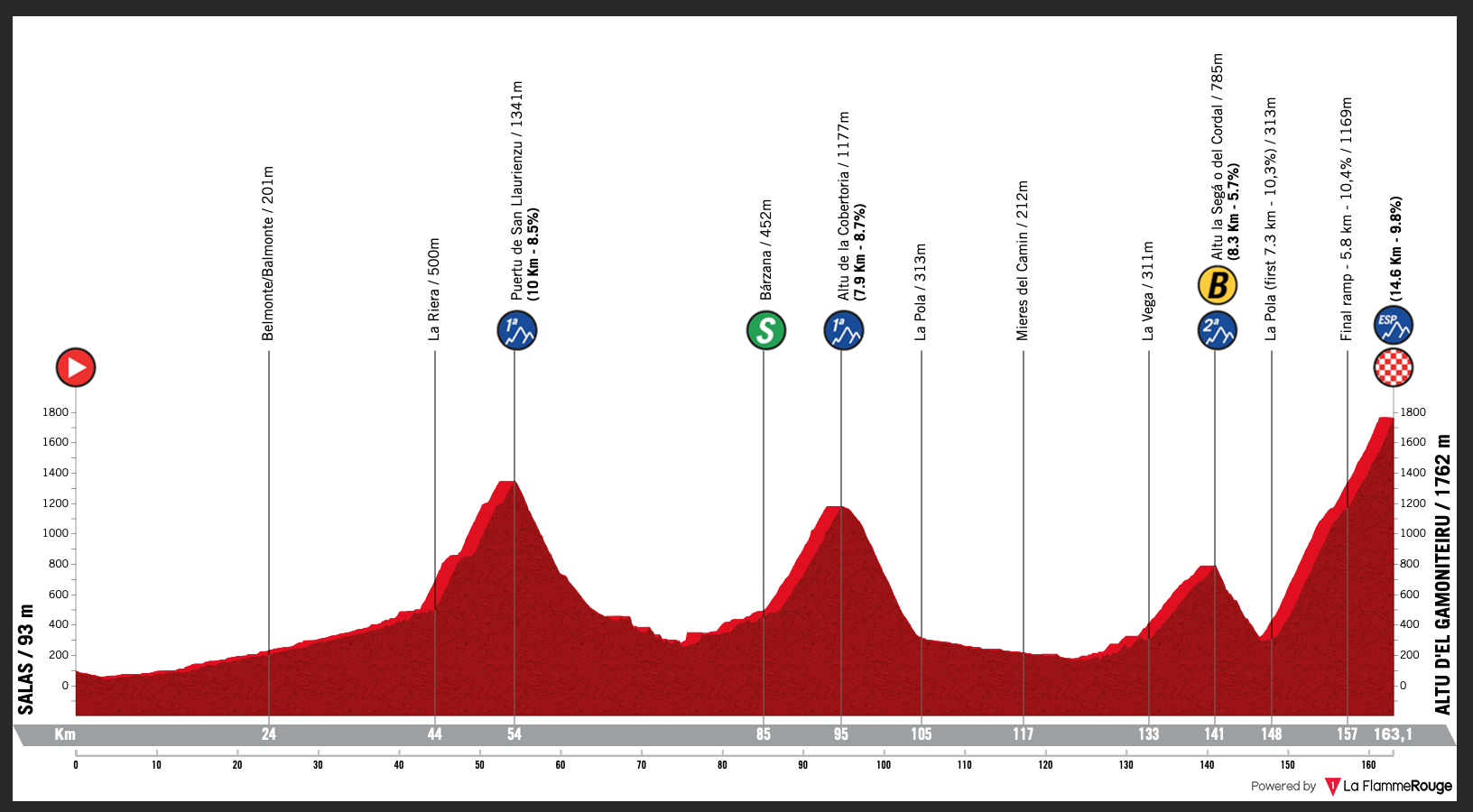 This is the first time Altu d’El Gamoniteiru has been seen in the Vuelta, or any race if my memory is working correctly. It sounds awful, a whopping 13km at 10%. This is obviously a huge day on GC. 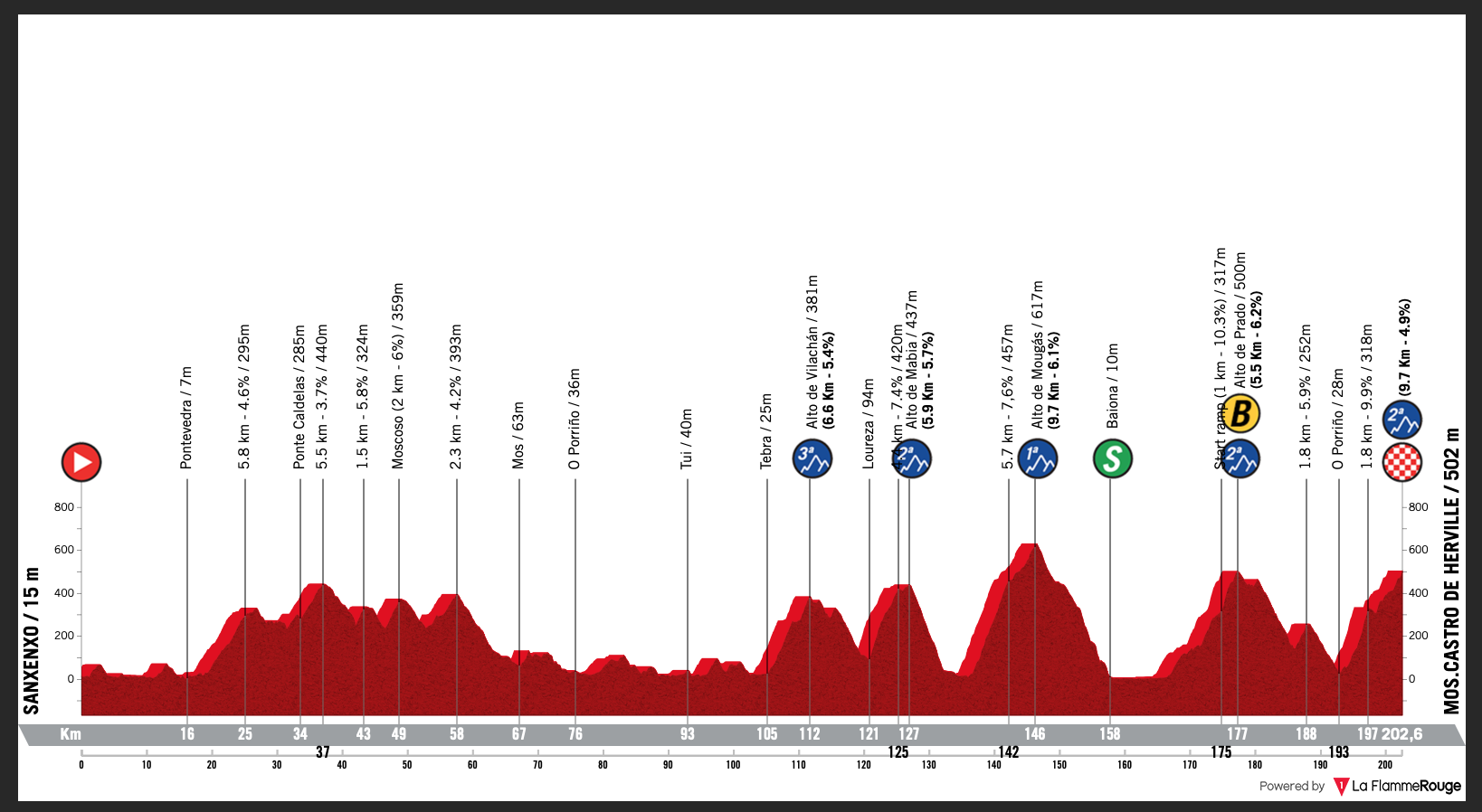 Some will try and say this is a medium mountain stage, but it has 4307m of climbing throughout the day. This stage has ambush written all over it. 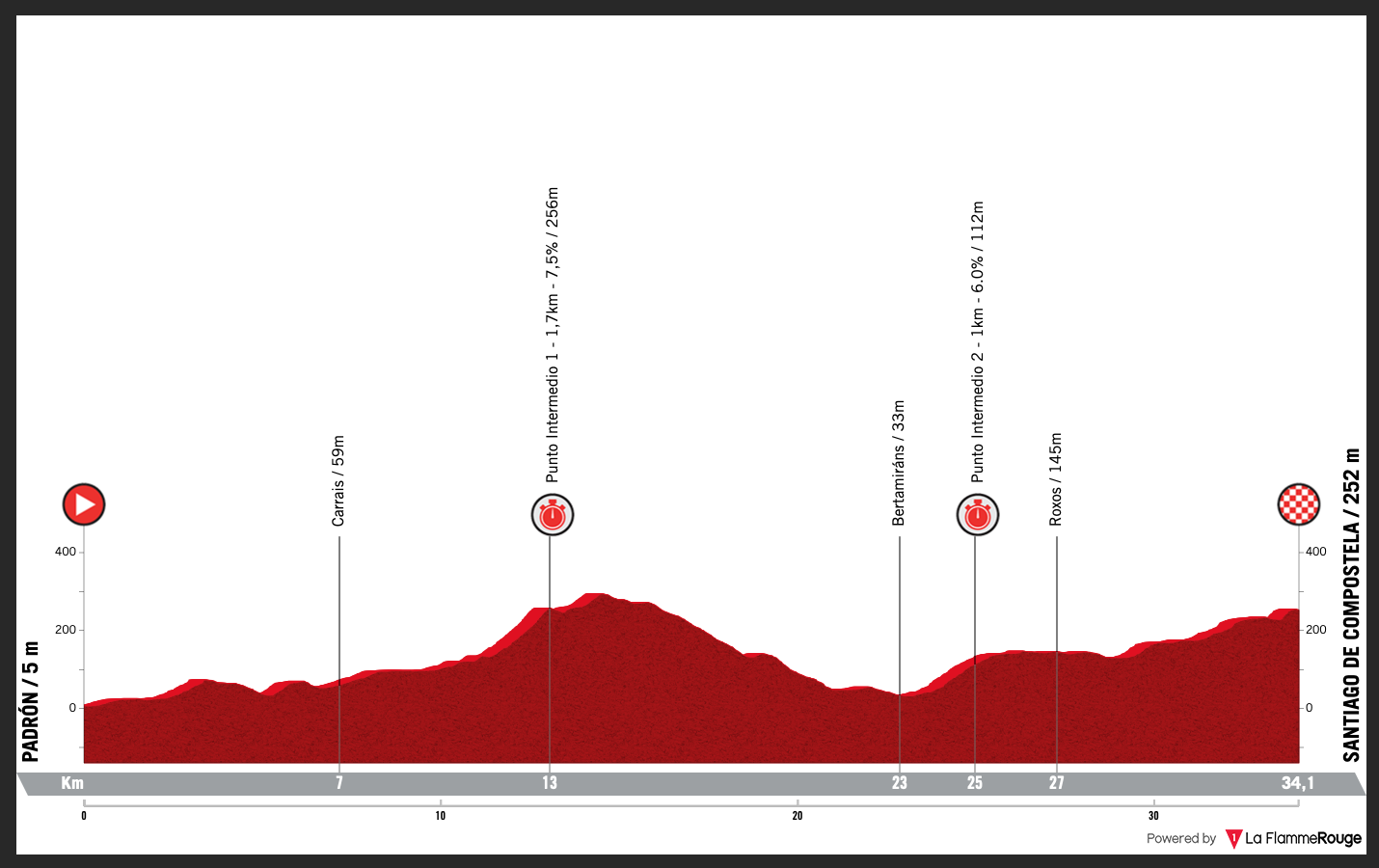 The race ends with a 34km ITT, and it’s on the lumpy side. The red jersey is not secure until the very end.

Ineos – they arrive with the strongest team ever to ride the Vuelta. It’s hard to work out their hierarchy as they have Bernal, Carapaz and Adam Yates in their squad. Bernal and Carapaz have the grand tour pedigree, but Adam Yates will start the race as co-leader. It’s unusual for Ineos to start a race with three protected riders, I think Carapaz will be the man asked to sacrifice his own hopes in favour of Bernal and Yates. Both riders crashed in Burgos, but they were able to carry on and get crucial racing in the legs. Neither were able to follow the pace set by Carthy in the final stage, but they’ll hope to be stronger in this race. Both will lose time to Roglič in the final TT, they need to ride an attacking race and try to take advantage of having such a strong team. Given his previous in grand tours Bernal will likely be their best option, but if Yates climbs like he did at the start of the year he could surprise.

Bahrain – they also arrive with a strong squad, but it’s not on the same level as Ineos. Landa is their out and out leader, but can he really win a grand tour with over 40km of time trialling? After crashing out of the Giro it’s been good to see him back racing, but he’s certainly not at 100%, even though he won in Burgos. He will hope to find top form during the race, you need to be at your best for the final week. He’ll be supported well by Caruso, Padun, Haig and Mäder which will mean strong support in all the mountain stages.

Primož Roglič – the Tour de France ended in heartbreak for the Slovenian, but he responded with a stunning performance to win gold in Tokyo. He lines up in Spain with a chance of winning this race for the third consecutive year, a feat only matched by Tony Rominger and Roberto Heras. Jumbo-Visma have a strong team to support Roglič, they can count on Kruijswijk, Oomen and Kuss to last a long time in the mountains. This is going to be crucial considering the strength of Ineos and Bahrain, Roglič cannot afford to be isolated in the big stages.

Hugh Carthy – he warmed up for the race by taking a brilliant win on Lagunas de Neila, beating a lot of his rivals in this race. Some will ask why he lost time at the start of the race, that was due to him having his second COVID vaccine just a few days before the first stage. This meant he approached the race without having San Sebastian in his legs and he chose to ride in a different way, looking to test his legs in a variety of ways. His climbing performance in the final stage has given him the confidence that everything is right, and he can now focus on trying to win the red jersey. He was brilliant here last year, finishing 3rd and winning on the Angliru. Can he do better this year? I think he can.

Miguel Ángel López – the trident is back, this time they have López, Mas and Valverde to try and win on home soil. It looks like López will be their main man, but Mas cannot be written off at this race. The Colombian had an awful Tour de France, his early crashed ruined any hopes of challenging for the yellow jersey and he was unable to challenge for stage wins too. This disrupted the momentum he had managed to gather up after starting his season late, but he’ll be hopeful of being much better in this race. This is a huge race for Movistar, the pressure is on.

Aleksandr Vlasov – 4th in the Giro was a great result, but his performances since then have not been great. He’s now announced that he’ll be leaving Astana and joining Bora, we’ll have to see what impact this has on his motivation for this race, and how much team support he gets.

The strength of the Ineos team cannot be ignored, when we’re down to a group of ten riders on the big climbs they’re likely to have three men still in contention, which naturally gives them a big advantage. For me this will help them to win the red jersey for the first time since 2017, but will it be Bernal, Yates or Carapaz? I think we’ll see a first grand tour win for Adam Yates.