We begin with a TT. 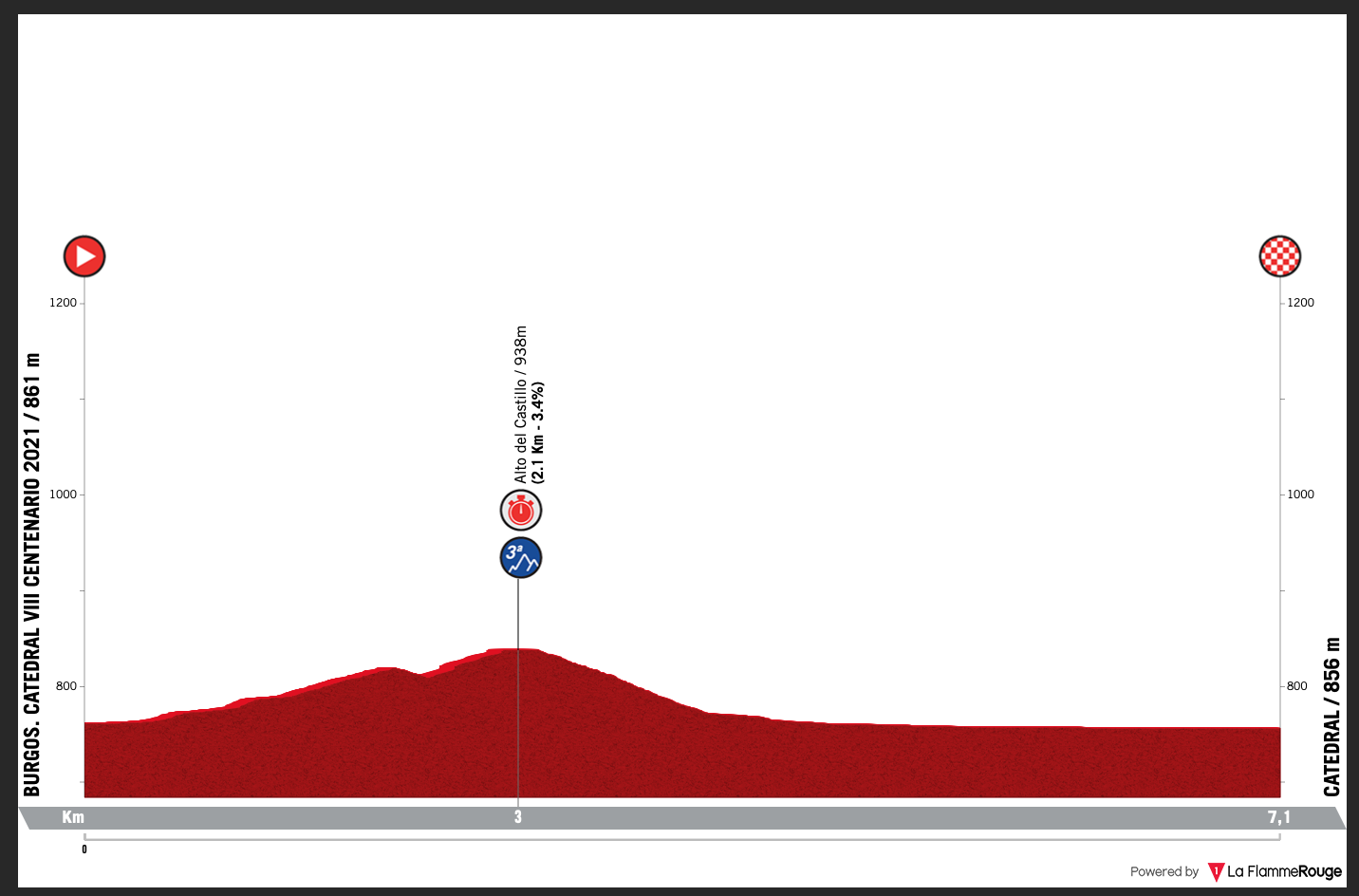 This is not your average time trial. We start in a cathedral, then the opening 2.5km is nearly always climbing, before a fast descent and then 3km of flat. Almost all the route takes place on narrow roads, sometimes with cobbles too and the riders are constantly twisting and turning. There is a 2km stretch of wide road which the big engines will be delighted to see, but that’s it, the rest of the time it’s very technical. 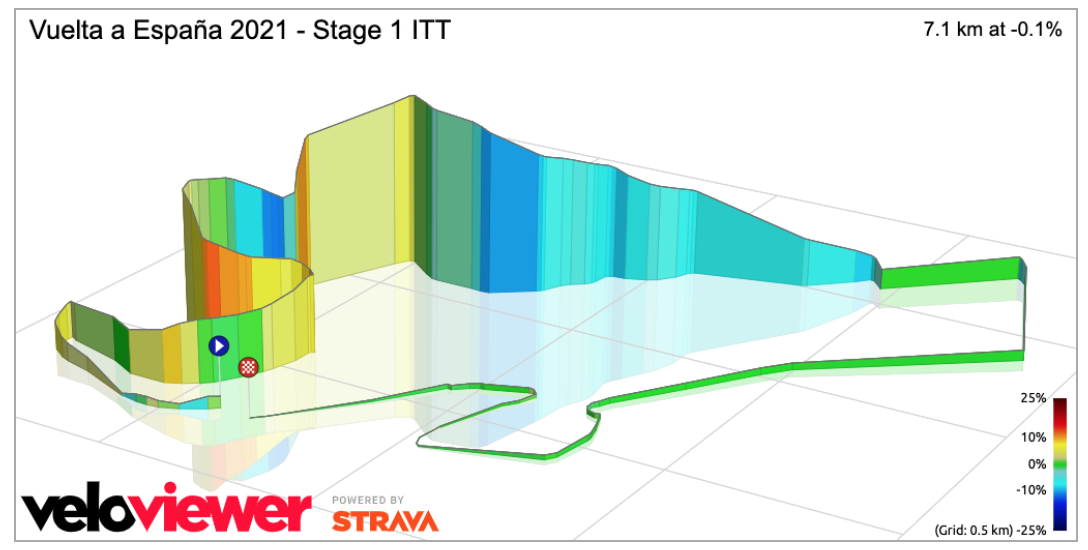 The opening 2.5km is perfect for the puncheurs, some of the ramps are quite steep. The kilometre of descending is great for those risk takers, they can make a few seconds on those who take things a little more cautiously. This is a TT which can be won by many types of riders, it doesn’t scream TT specialist to me.

Hot as hell, get used to it as this Vuelta could set some records in terms of temperatures. The wind is quite strong, and some reports say that it will drop significantly for the later starters, which will give them an advantage.

Primož Roglič – the bookmakers have Roglič as the massive favourite for the stage, they think it’s a forgone conclusion, but I’m not so sure. Of course, he starts as the man to beat, but this 7km blast around the narrow streets of Burgos isn’t perfect for him. He will clearly go full gas, but he might not be willing to take risks on the descent and in the fast corners. The 2km of wide-open road is where he’ll take time on the others, but that section is short. He’s still my favourite to take the win, but it won’t be easy given the route.

Omar Fraile – step forward the first of my outsiders. The route is great for someone who can punch up hill, fly down the descent and take risks in the corners. His TT ability has improved over recent years, he certainly could surprise the big names.

Alex Aranburu – another outsider, possibly an even better option. 9th in the Basque Country TT, Aranburu is no slouch on his TT bike. Just like his teammate he can fly up the climb and down the descent.

Mads Würtz Schmidt – not that long ago the Dane was seen as a TT specialist, but he’s changed in the last couple of years. This year we’ve seen him in sensational form, easily the best year of his career. His current form is excellent, and this is a good route for him.

Michael Matthews – the sprinter option. Short TTs are great for the fast men, especially one with lots of corners. Good cornering skills and sprinting ability will give Matthews a chance of taking home the red jersey. He’s a rider with a good pedigree in short TTs, he should be challenging for the win.

Max Schachmann – another rider who’ll love the punchy nature of this TT. His TT form this season hasn’t been as good as previous years, but he should still be looking to win this stage.

Magnus Cort – his TT performances this season are much improved compared to previous years. Just like Matthews his sprinting ability makes him a strong contender for this stage. He’s not raced since the Tour, so he might be a little rusty, but he might also be nice and fresh.

Tom Pidcock – the big unknown. He’s never ridden a TT as a professional rider, but it still wouldn’t surprise me to see him win. His gold medal performance in Tokyo was sensational, his ability to push the limits over a short distance makes him a big threat to everyone else.

Jan Tratnik – solid option for the top 10, maybe the top 5 on a great day. The Slovenian rarely disappoints on his TT bike, he’ll be hoping to challenge for the win.

Quinn Simmons – form is great, and the route suits him well. It might be his grand tour debut, but it wouldn’t surprise me to see him up there challenging for the win.

Will I be boring or go risky? A win for Magnus Cort.