Stage 11 was one of the easiest in the Vuelta, and with the nagging headwind throughout the day, it also became one of the easiest to control. A calm day in the peloton with slow speeds, that led to a bunch sprint. The lack of leadouts caused it to be a chaotic finish, however one taken by Kaden Groves as the Australian surged to take an important win for BikeExchange. He bead Danny van Poppel and Tim Merlier in the finale.

Negative: Simon Yates and Pavel Sivakov had to abandon the race with Covid-19. Alaphilippe crashed out of the race.

A transition day is what some may call it, as stage 12 sees the riders head further and further into the southwest of Spain. The route will mostly follow the Mediterranean coast as was the case today, however the difference is that a summit finish has been placed.

193 kilometers on the menu, by no means a short day, and one which will feature a difficult rolling start which may see many suffer if the pace is high. There is little more to point out through the day however, with the city of Malaga to be crossed halfway through the day, but it will all be about the final climb. 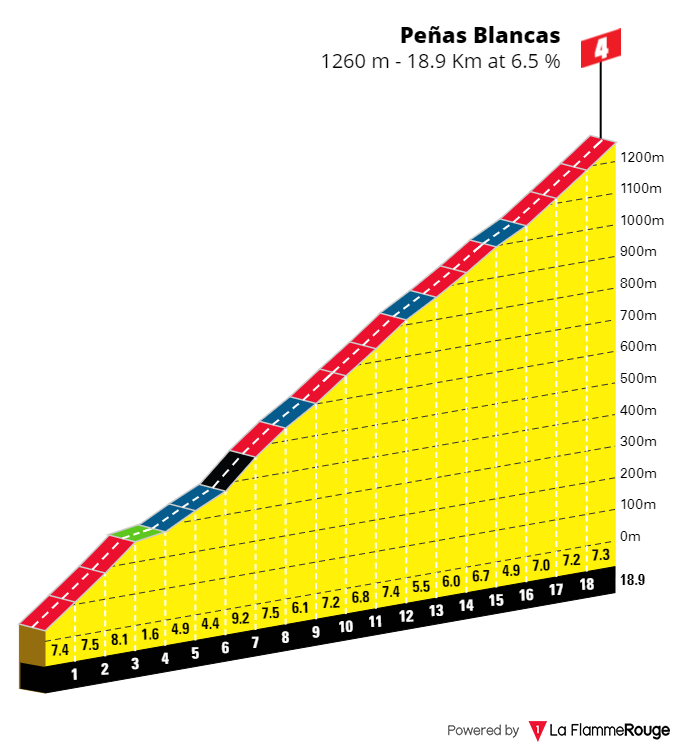 That will be just outside of Estepona, the ascent to Peñas Blancas. Officially it is 18.9 kilometers at 6.5% a serious mountain ascent that takes the riders from sea level to 1260 meters of altitude in the coastal mountains. It is a climb that’s relatively constant. It does feature some areas with a little smaller and higher gradient, but there is never truly much restbite, and the long effort will weigh on the legs of many on what is the first mountain stage of the second week where the fatigue will start to be felt on some riders. 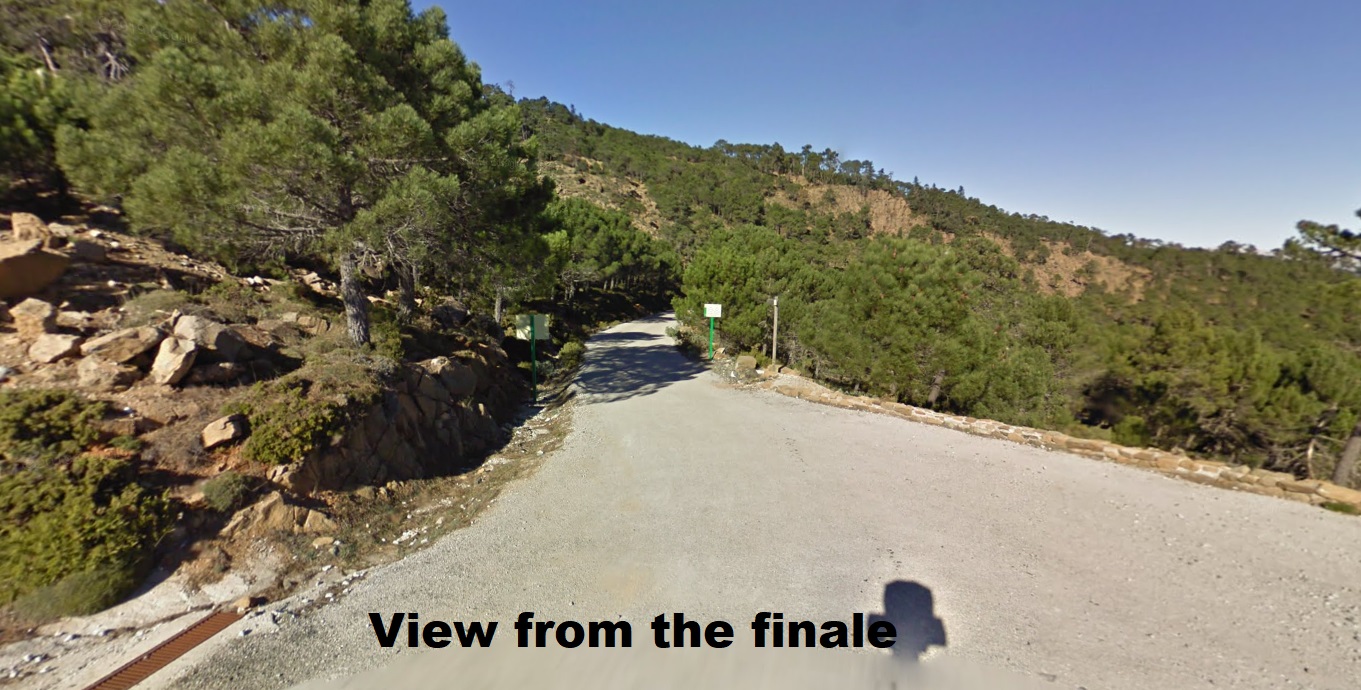 Some southwestern wind, again making for a slow day into a headwind throughout it’s majority. Inside the final climb things change however, but it will mostly be a crosswind throughout the ascent, and won’t make a particular difference.

Honestly, it’s an easy day to control, the roads are mostly flat, straight and into a headwind. However I doubt any team will want to control the stage, Quick-Step have lost yet another important rider so they’ll want to race even more conservatively, both Movistar and Jumbo have no reason to burn their team whilst currently having no evidence that they can take time on Evenepoel.

Remco Evenepoel – Evenepoel has looked rock solid so far. This will be a different challenge however, a very long ascent. Quick-Step have lost Alaphilippe, but in this stage it shouldn’t make a difference honestly. Let’s see how he takes his form into the second week.

Enric Mas & Primoz Roglic – They are looking strong. The longer ascent will suit Mas, Roglic not as much, but they both have to unite at the time being and look to explore any weakness in Evenepoel. They’re equal in time, but if they want to fight for the race win they must eliminate the Belgian first.

When it comes to the GC fight these three have been more consistent then the rest. Juan Ayuso and Carlos Rodriguez have shown great form however and will be riders to eye. Miguel Angel Lopez and Jai Hindley are the riders I expect to see try and make good use of this long ascent as it’ll suit them better; the likes of Ben O’Connor, João Almeida and Tao Geoghegan Hart are also in the mix and may be able to do something big if they find themselves on a good day.

The start won’t be hard, however I think this will likely be a day for the breakaway to win. Jay Vine is an obvious option, however he will in any scenario find competition if he joins the front move. David De la Cruz, Alexey Lutsenko, Mikel Landa, Santiago Buitrago, Esteban Chaves, Mark Padun, Thibaut Pinot, Sebastien Reichenbach, Richard Carapaz, Rein Taaramae, Lucas Hamilton, Kenny Elissonde, Juan Pedro Lopez, Marc Soler and Elie Gesbert are all contenders.

Between those I would not specify many. The start will not be hard so it won’t be a case of just joining the break, but instead a matter of timing and some luck. From those who make it in front however, the riders above are those I expect to have favourite roles within the day.

#162 Dario Cataldo – We’ve got the points classification in our hands, stay with Mads and save the legs, Kenny and Juanpe will try to get in the break and do something with the day.

#128 Carlos Verona – Today will be an important day Carlos. You and Alejandro must stick with Enric in the final climb, it will be longer and suit him better over Evenepoel. He has not shown a weak point yet, but we have to test his legs. I’m counting on some good legs, and for some pace pushing up the final climb we have to make it hard.

#85 Luke Plapp – You’ve been feeling the fatigue, I understand you. Let’s stay in the bunch, keep Carlos protected, and in the final climb look out for him as much as you can. We’re not looking to attack, but just keep things as they are.

I do expect the breakaway to win and for a strong climber to take the glory. My pick will be Rein Taaramae, who should enjoy the long ascent and has shown great form at both the Giro and in the Vuelta so far.

Tomorrow’s race has prizes of at least €500 and an entry fee of only €5. Make good use of your knowledge! https://zweeler.com/game/cycling/FantasyVueltaaEspana2022stage12/main.php?ref=790